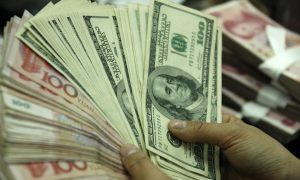 US Dollar Collapse Is Greatly Exaggerated
0 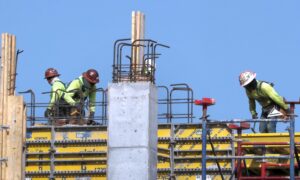 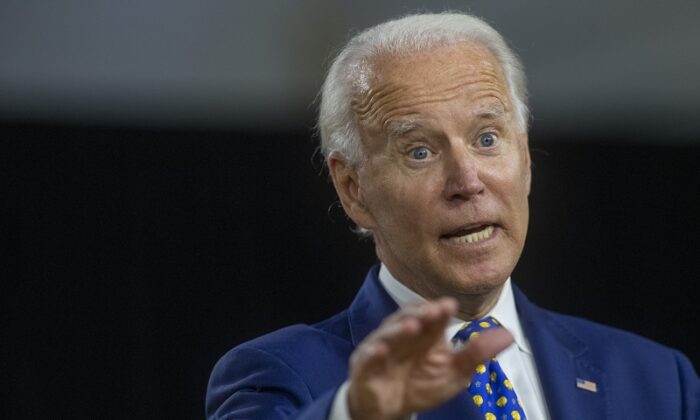 A Radical Tax Increase Will Reverse the US Recovery

The U.S. elections should be a warning sign for businesses and families. The introduction of European-style labor rigidities, higher taxes, and large spending programs announced by Democratic presidential candidate Joe Biden should remind us of the negative impact on growth and jobs that those same policies created on many European Union countries.

First, we must remember that none of the proposals would raise revenues to reduce the budget deficit even remotely. According to the Committee for a Responsible Federal Budget (CRFB), Biden’s proposals would raise about $3.5 trillion over 10 years, or about 1.4 percent of gross domestic product (GDP) expected over that period in the best-case scenario. However, this estimate is more than questionable, as most of the proposals would hurt investment and growth potential. In any case, his spending plans are almost $5.4 trillion.

Considering the fiscal 2020 U.S. budget deficit is predicted to be $3.8 trillion, or 18.7 percent of U.S. GDP, the annual deficit and debt would rise under Biden’s plan in growth and recession periods, as mandatory expenses would increase by almost $1 trillion over the already high $2.7 trillion.

Under the current estimates of the CRFB, the fiscal 2021 deficit would fall to $2.1 trillion in 2021, and average $1.3 trillion through 2025 as the economy recovers from the impact of the forced shutdowns. Biden’s proposals add to the structural and cyclical deficit and try to balance the soaring spending with tax hikes based on revenue estimates that have never happened.

Much of the Democratic platform’s tax plan seeks to partially or wholly reverse the changes introduced by the Tax Cuts and Jobs Act (TCJA). For example, the TCJA lowered the marginal tax rate on corporate income from 35 percent to 21 percent. The Biden plan would raise that rate to 28 percent, which would put the United States as the most uncompetitive corporate tax rate in the Organization for Economic Co-operation and Development (OECD), hurting investment and job creation.

The Biden plan would also impose a 15 percent minimum tax on book profits, as well as double the minimum tax on foreign intangible income from 10.5 percent to 21 percent. This policy already backfired during the Obama period and has proven to generate no real improvement in tax receipts.

Reapplying the 12.4 percent Social Security tax—currently capped at incomes up to $137,700—to incomes over $400,000 is a net salary cut for millions of workers in the United States, and ignores the fact that there’s already a large number of taxes on job creation and business implementation.

Biden’s plan is based on the wrong idea that the United States is a country of large corporations that make billions. These tax hikes will have a devastating effect on mid-sized and small businesses, increase the cost of labor, and make it more difficult to recover the economy.

The reality of these proposals, as we have seen in the United States and the European Union for years, is that spending becomes a long-term burden that keeps deficits above reasonable levels, and growth and employment weaken.

The unemployment rate in the United States has recovered faster and better than in its peer economies thanks to a flexible and attractive regulation and taxation. The unemployment rate recovered to 8.4 percent in August, a development few analysts expected. Even the Federal Reserve projected 9.5 percent for 2020. However, in our estimates, implementing these tax hikes would likely stop and even reverse the employment recovery, and detract 1 percent of GDP in growth from 2021 to 2025 due to lower investment, lower consumption, and higher government debt.

The Trump administration has focused its economic plan on spending and boosting growth with lower taxes because the United States needed to recover its competitiveness. However, spending increases cannot be a sustainable policy either in the future.

Those who say that the deficit would have been solved by eliminating the Trump tax cuts have a problem with reality. There’s no way in which any form of revenue measure would have covered a $338 billion spending increase last fiscal year.

No serious economist can believe that keeping uncompetitive tax rates well above the average of the OECD will generate higher receipts and better growth. Furthermore, no serious economist can believe that eliminating the Trump tax cuts will generate more than $3 trillion of new and additional revenues to cover the spending plan of the Democratic candidate.

We must remember that corporate tax receipts already fell 1 percent in 2017 and 13 percent in 2016, before the Trump tax cuts, as investment and profits weakened.

The problem of the U.S. budget is and will continue to be mandatory spending; that’s why no serious candidate should propose a massive increase in that part of the budget.

Mandatory spending was $2.7 trillion out of a total of $4.45 trillion outlays in fiscal year 2019. This figure is projected to increase to $3.3 trillion by 2023. Biden wants to add $2 trillion to this figure. Even if discretionary spending stays flat, total outlays are estimated to increase by 20 percent above any estimate in tax revenues.

The United States may recover faster than its economic peers if it maintains a competitive tax system and reigns over constantly increasing mandatory spending. If spending isn’t adjusted and controlled to be more efficient, the economy will fall into stagnation and high unemployment, even when the world economy recovers. It’s insane to try to compete with China with a confiscatory tax wedge. And it will not deliver better public services or growth.