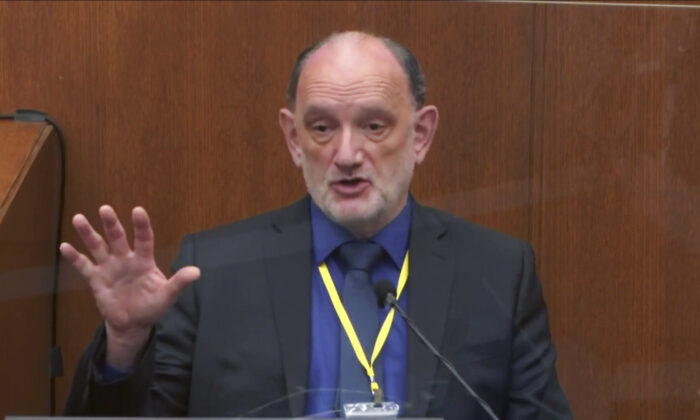 A Quiet Attack on American Principles Is Going Unnoticed

The sanctity of American justice is predicated on the right to a fair trial. Trial by jury was one of the most important American principles at its founding, guaranteed in the body of the Constitution in Article III, Section 2, and in the Sixth Amendment. It was instituted as a protection of individuals against abuses by the government.

Earlier this year, police officer Derek Chauvin was convicted of the murder of George Floyd. Chauvin’s attorneys had hired highly experienced and respected retired forensic pathologist Dr. David Fowler as an expert witness. Fowler testified that Floyd died of “a sudden cardiac arrhythmia due to his [underlying] heart disease … during his restraint and subdual by the police” and not because of lack of oxygen. Despite Fowler’s testimony, the jury convicted Chauvin of murder.

Many trials end in decisions that seem wrong, and you may or may not agree with the conviction of Chauvin. But whether we agree with any particular decision or not, the American system of justice requires us to abide by it. Otherwise, the system falls apart.

The whittling away of the American justice system in this instance is not the government’s attempt to change a jury’s verdict; the government got the conviction that it wanted. In a dangerous precedent, the government is now attempting to ensure that future cases are more likely to result in the verdict it wants by making it clear that witnesses with whom it disagrees will be punished, ostracized, and have their careers destroyed.

Fowler, Chauvin’s expert witness, was Maryland’s chief medical examiner from 2002 to 2019. According to his resume on the website of the National Institute of Standards and Technology (pdf), Fowler was trained in forensic pathology at the University of Cape Town. He was an adjunct associate professor at the University of Maryland in the departments of pediatrics and pathology, and on the faculty at the National Study Center for Trauma and Emergency Medical Systems. Fowler is a past president of the National Association of Medical Examiners. He has authored numerous book chapters, scientific journal articles, and formal presentations. He currently serves as the National Association of Medical Examiners representative to the Forensic Science Standards Board.

Shortly after the trial, Maryland Attorney General Brian Frosh “received a letter from D.C.’s former chief medical examiner Roger Mitchell, and signed by 431 doctors from around the country, saying Fowler’s conclusions were so far outside the bounds of accepted forensic practice that all his previous work could come into question,” according to the Associated Press. Within 24 hours, Frosch, in consultation with Maryland Gov. Larry Hogan’s chief legal counsel, announced an investigation into Fowler’s prior in-custody death examinations (pdf). In September, Frosch announced the members of the audit design team (pdf). This development is very troubling.

I work as an expert witness in technology cases. I’ve participated in over 240 cases over 25 years. I’ve seen unethical behavior by expert witnesses, a small number of whom can be paid to say almost anything to support their client’s position. I’ve written about this unethical behavior and about the need to set stricter standards for expert testimony and more significant consequences for those who purposely misrepresent facts, use unaccepted processes, change testimony, or participate in other unscrupulous behavior. The key, though, is that I challenge expert results in court after I’ve seen all the evidence, produced my own rigorous analysis, and come to my own conclusions. Many times, another expert will examine the same evidence, produce an analysis, and come to different conclusions. There’s no crime in being wrong. The jury listens to the experts, guided by the lawyers, weighs the evidence, and comes to a decision. Our justice system is far from perfect, but for the system to work and be as fair as possible, we all must abide by the judicial outcomes.

If any of the armchair medical “experts” in the world are allowed to bring down the career of Fowler, then few people will ever have the courage to testify contrary to the government’s case or the public’s desires. There may be no stronger or more serious undermining of the American justice system than this one. For the American justice system to survive, people must be free to testify honestly and without outside pressure.

For the sake of basic American principles of justice, honest expert opinions must be given openly, without coercion, and without the belief that the government could destroy your reputation and career if you testify the “wrong” way. This is one more move by those on the left who are working against American principles and attempting to destroy the very basis of our society. We must all work to stop it, especially in its most subtle forms.