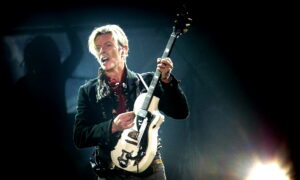 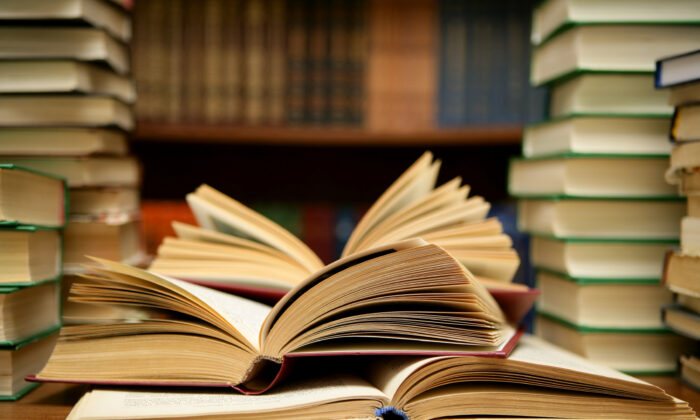 Books on a library table. (Abhi Sharma from India via Wikimedia Commons/CC by 2.0)
Viewpoints

More than forty years ago, when I was briefly in South Africa and apartheid was at its apogee, the police brought a woman to the clinic in which I was working. She had been found wandering naked in the streets of the town and was clearly not in her right mind.

I never thought to encounter such insanity again, let alone nearly half a century later: but it seems that, after the seeming downfall of apartheid, its fundamental ideas have survived and even flourished outside South Africa, just as Soviet ideas and mentality have survived and even flourished outside the Soviet Union after the apparent downfall of the Soviet Union.

Indeed, the increasing Sovietization of much of our life—in offices, in government departments, in political discourse, in the very language that we use—seems to be accelerating.

But to return to apartheid. A young Dutch writer called Marieke Lucas Rijneveld has recently withdrawn from the task of translating into Dutch the poem that Amanda Gorman recited at President Biden’s inauguration because of public criticism by a black Dutch activist, Janice Deul, to the effect that the task should have been entrusted to “a writer who—just like Gorman—is a spoken word artist, young, female and unapologetically black.”

Actually, Amanda Gorman’s poem didn’t strike me as very good. In large part, no doubt, the problem was with the genre, for it is as difficult to write good poems for official occasions as to be natural in front of the camera or funny on command.

I was reminded of the poem written by Alfred Austin, Britain’s poet laureate, on the occasion of Kind Edward VII’s operation in 1902 for appendicitis: “Across the wires the electric message came. / He is not better—he is much the same.”

Amanda Gorman’s effort did not reach such glorious heights of poetic absurdity, but I nevertheless did not find the following very inspiring, either in form or in substance:

“And yes, we are far from polished, far from pristine, / that doesn’t mean we are striving to form a union that is perfect. / We are trying to form our union with purpose. / To compose a country committed to all cultures, colors, characters and conditions of men.”

Allowances must be made for the fact that Amanda Gorman is still very young (as was Keats, of course, though it is hardly fair to compare every young aspiring poet with Keats): but all the same these lines reeked of the kind of adolescent declamation that most of us probably once indulged in and that a still small voice, that we did our very best to suppress, told us was over the top, expressing an emotional pitch that we should have liked to reach but could not quite manage unselfconsciously, whence the inflated language.

Apart from anything else, some of what these lines say is obviously false. Perhaps the first two lines that I have quoted could be read to mean “Although we are not perfect, we are not trying to reach perfection,” which is laudably un-utopian, but the following two lines destroy that impression.

Surely a commitment to all cultures irrespective of content, and to all men, even if they are members of the Ku Klux Klan, is utopian to the point of both impossibility and undesirability. The lines express the kind of mushy moral uplift, appropriate perhaps to a greeting card, that some people like but to which I am mentally allergic.

Literal truth is not demanded of poetry, I know. When Wordsworth tells us that earth has not anything more fair to show than the view from Westminster Bridge in the early morning, we understand that this cannot literally be the case. Indeed, we can probably think of a thousand things more fair than the view from Westminster Bridge early in the morning, especially nowadays.

His truth is poetic rather than literal: but I did not find much poetic truth in Amanda Gorman’s poem either, though I accept that others might think differently.

That her poem should be translated only by a person of the same skin color and attributes as she, however, strikes at the very notion of a common humanity. It suggests that one’s brains and emotions subsist in, or are at least dependent on, one’s skin color.

Such a suggestion would have delighted Dr. Verwoerd—not the founder, but the enthusiastic continuator and theorist, of apartheid.

It suggests also that the power of literature to enable us to enter experience other than our own is non-existent; indeed, it renders literature either redundant or impossible. And, to do Amanda Gorman justice, this is the very opposite of what I take it that she was trying to convey.

If we cannot sympathize or empathize with anyone who is not identical to ourselves, even in merely outward physical characteristics, then there is no hope of a country committed to any culture other than its own. Indeed, no country could tolerate difference within itself: it would be obliged to split itself into various Bantustans, to use an expression from the bygone age of apartheid.

Oddly enough, this seems to be happening informally already without anyone either wishing it or directing it. People increasingly live without contact with those who do not resemble themselves. This is as true of me as of anyone else.

I do not know well a single person who has serious economic problems, at least any not caused by his own fecklessness or extravagance, though I know that there are millions of my countrymen who are in grave difficulties not of their own making.

It is surely one of the objects of literature to make us conversant, from the inside as it were, of the situation of others, the very thing that demanding that Amanda Gorman’s poem, good or bad, be translated “by a spoken word artist, young, female and unapologetically black,” that is to say just like Gorman herself, is intended to deny.