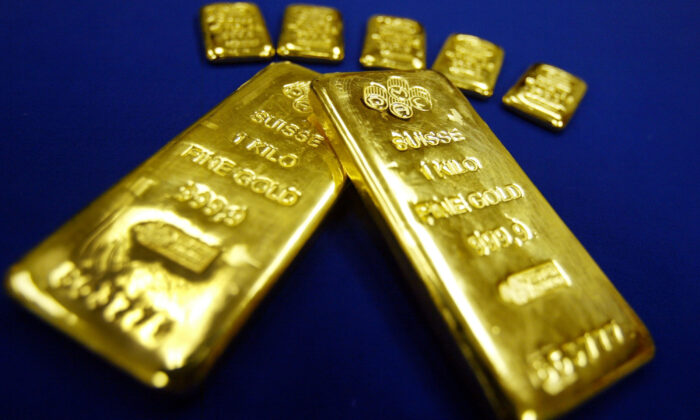 A Perfect Storm for Gold?

Will confluence of global crises unleash a new “gold rush?”

I’m not a big fan of gold. It pays no dividend, is not easily used for normal purchases, and typically limits economic expansion more than it enables it. But gold does have an intrinsic value, even if that value is difficult to nail down, and has been used as money for millennia.

That said, a new decade is definitely upon us and, as far as the stock markets are concerned, it’s shaping up to be nothing like the previous one. Multiple events are shaking the confidence in financial markets around the world. Uncertainty is the dominant sentiment, and, at the moment, there’s little reason to think that that will change soon.

At the top of the uncertainty list, of course, is the growing epidemic—or is it a pandemic yet?—of the COVID-19 coronavirus. As the deadly virus continues to spread through a growing number of nations, the uncertainty grows, too. This is especially true as we see new cases of the disease showing up in the United States from unknown origins.

Adding to this uncertainty is that we still don’t have definitive information about what it is or where it came from.

Why does the virus have similarities to both the Ebola and HIV viruses? What is its mutation rate? Is it still getting stronger?

No one is providing those answers and so uncertainty remains high in the markets—and everywhere else, too—and is probably rising still.

But of course, the big story is the huge impact the outbreak is having on China and its vast manufacturing-based economy. That slowdown will likely continue at least through this year and drag every economy in the world down with it. That means falling production in China and, as the virus spreads to the rest of the world, more quarantines in other Asian nations, in Europe, the United States, and the rest of the world.

Ah, but there’s more. In the United States, people are being advised to prepare by stocking up on food. That in itself raises uncertainty, doesn’t it? It also translates into less business activity everywhere, and therefore, declining demand on a global scale.

Declining demand means less business activity, which leads to asset price deflation. The market figures that out quickly, which is why we’re seeing stock prices tumbling. The assets that are especially vulnerable are those that derive much of their perceived value from confidence, such as stocks and bonds. Real estate could easily follow and even currency values, too.

In response, the markets are seeing some record selloffs and several negative days in a row. Well-known favorites such as Tesla have lost 30 percent of their market value in a matter of days, and the market is looking at its worst week since the Global Financial Crisis.

Correspondingly, bonds have seen their yields fall to record lows. The 30-year bond yield is now below 2 percent, and the 10-year yield is in record low territory as investors selling their equity positions flee to the relative safety of U.S. treasuries.

Once confidence is shaken in the minds of investors, it can take a while to restore. In late 2008 and through much of 2009, stock portfolios and real estate both lost half of their value. The banks that got bailouts from the federal government recovered much quicker, but for most typical stock investors, it took much longer to get back into the market.

While all that was going on back then, gold saw its price more than double.

That’s why, with today’s uncertainties, in addition to bonds, investors are buying gold again. The run may be just beginning, as the price of gold spiked almost 3 percent this week, reaching a seven-year high, before giving up some of that gain.

Will the gold rush reach the highs that it did during the peak of the Global Financial Crisis of 2008–2009?

That remains to be seen. It may well depend on how quickly a vaccine, or even news of a promising vaccine comes. Current estimates are from 12 to 18 months, but one may come earlier.

More Uncertainty on the Horizon

In the meantime, the COVID-19 crisis isn’t the only crisis that threatens the global order—such as it is—and prosperity. Geopolitical trends point to escalating conflicts that could easily drive uncertainty—and gold prices higher, too.

For example, the ongoing warfare in the Middle East involving Syria, Israel, Russia, Turkey, and Iran is highly unstable. Any or all of those nations could be just one incident away from a skirmish escalating into a wider war.

The same goes for the United States and Iran. Each continues to strike blows against the other in Iraq, a high-risk activity that could easily get out of hand. This is particularly likely if the ruling regime in Iran sees greater civil unrest than it’s already struggling to contain.

Meanwhile, Israel continues to attack hostile Iranian forces in Syria, while it responds to rocket attacks from the Palestinians in Gaza. Also, in Syria, Russian and U.S. forces have clashed over Russia’s desire to access Syrian oil fields, and Turkey has been attacking Syria in the northwestern region of Idlib.

Further afield, Yemen is waging a religious war as Iran’s proxy against Saudi Arabia. Further Yemeni advances could destabilize the Saudi Kingdom, an authoritarian regime struggling to hold on to power amid a restless younger generation seeking more freedoms.

And in the Mediterranean, Turkey has recently aligned with Libya to challenge Israel’s claim to its Leviathan oil fields and the natural gas pipeline to Europe that Israel has partnered with Greece and Cyprus to build. Coincidentally, Turkey occupies Northern Cyprus illegally and also supports Hamas, a Gaza-based terror group bent on Israel’s destruction.

Did I leave anybody out? Undoubtedly, I have. But the point is made, I think, that there’s no shortage of crises on the horizon that could greatly raise the already high level of uncertainty in the world today.

The unholy trinity of stock contrarians and gold bugs—fear, uncertainty, and doubt—are once again dominating the global headlines and may do so for the foreseeable future.

It just may be a perfect storm for gold—at least, that’s what the gold hawks are saying.