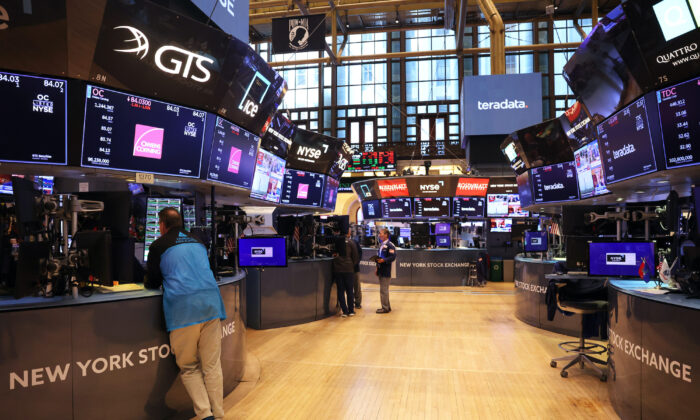 A Perfect Storm for a Liquidity Crisis?

Efforts to curb inflation by central banks, particularly the Federal Reserve, may well trigger a liquidity crisis in the markets.

For example, the Bath study determined that during the financial crisis of 2008–2009, central banks’ policies created more uncertainty in the markets, not less. That increase in uncertainty sparked market volatility, which, in turn, spooked investors. The fearful investing environment of that time made investors more conservative.

As a result, money flowed out of the markets and into lower-risk areas, which made the markets even more unstable and ill-liquid.

The researchers noted that central banks’ rush to stimulate economic growth with artificially low-interest rates and so-called quantitative easing (QE) over the past several years has been excessive and is a significant factor in today’s inflationary trend. Low-interest rates incentivized excessive consumer and corporate borrowing, which drove inflation in stocks, housing, cars, and other markets.

What’s more, it’s been said by economists, among them former Fed Chairman Paul Volcker and Joshua R. Hendrickson, assistant professor of economics at the University of Mississippi, that central banks are the root cause of inflation.

One caveat to that point, however, is that central banks’ policies certainly aren’t the only factor in the current inflationary cycle. The war in Ukraine, in particular, is distorting the global grain and energy markets. That and other geopolitical tensions, as well as supply chain disruptions in China, are also driving forces in the inflation we’re seeing.

Deflationary Policies Can Also Cause Instability

On the flip side, in their efforts to tame inflation, central banks are raising interest rates and tightening the money supply. These two policies are intended to counteract inflationary influences, and may well do so. But, as even the Fed concedes, they may do much worse.

The Bath study posits that just as central banks overapplied their monetarily expansionist QE policies over the past several years, there’s the possibility that the Fed’s interest rate boosts will be too aggressive, and its tight monetary policy will remain in place for too long.

The rationale for both of these measures is that higher interest rates raise the cost of borrowing and, therefore, should eventually lower demand for goods and services. The chain reaction should cause inflation (the prices of goods) to decline. Monetary tightening, of course, means reducing the amount of money in the economy, which should also lower prices.

As noted, uncertainty drives investors to seek safer places to park their money.

The Bath study found that “in financial crisis and periods of market uncertainty, investors switch funds to where they feel it is safer. This flight to safety can lead to a huge shortage of liquidity, which forces banks and financial firms to fire-sell securities to meet increased liquidity demand, which in turn depresses financial sector share prices.”

In practice, as the difference between the federal funds rate and the deposit rate increases—which is called the deposit spread—it becomes costlier for people to hold not only cash but also bank deposits. As a result, households and firms shift their money out of bank deposits to other assets that are often less liquid but offer better returns, such as bonds. When deposits are removed from the banks, the banks have less money to lend, and liquidity shrinks.

This is a real fear of the Fed.

Liquidity fears are already being felt in markets for several reasons, including the war in Ukraine. Even the Fed has recently stated in its semiannual report in May its concerns about liquidity problems. No doubt investors are well aware of the Fed’s worries. ­­­

Keep in mind, for example, that the U.S. markets are the largest and most successful in the world because of their deep liquidity and the power and ubiquity of the U.S. dollar. Almost any asset can be exchanged for dollars without any price disruptions of the asset itself. The U.S. capital markets can’t function without sufficient liquidity to allow such transactions to occur smoothly and predictably. Yet that’s now a risk.

The way financial analysts measure liquidity varies. In the stock market, liquidity metrics include average daily volume, the number of stock shares bought and sold, or what’s called market depth, which measures both the amounts of shares or contracts that are below bid or above offer prices.

Other reasons that liquidity has declined in the stock market are regulations that have reduced display orders. This reduces market information available to traders and market makers, which results in less active trading.

But academics aren’t the only ones concerned about the potential downsides of an overactive central bank. Peter Boockvar, chief investment officer of Bleakley Advisory Group, spoke with trepidation last week about the rate increase that was announced on Sept. 21.

“After next week’s rate hike, we’re going to start playing a dangerous game with the state of the economy,” he told CNBC’s “Fast Money” on Sept. 13. “The next rate hike is going to be only the second time in 40 years that the Fed funds rate is going to exceed the prior peak in a rate hiking cycle. We’re getting into treacherous waters.”

The concern is that if either policy is overapplied, either or both will do more harm than good to the economy and add more uncertainty in the market, not less. That’s a reasonable assumption. At this time, investors at all levels are uncertain about how deep and how long those policies will remain in place.

This uncertainty, which adds to negative sentiment, combined with higher interest rates and a smaller money supply, is setting up a liquidity shortage, which can trigger all kinds of disruptions in the economy, particularly in U.S. markets.

Indeed, liquidity has been slowly draining from various markets to the point where the Fed in its May report warned that it threatens financial stability.

The question is, will the Fed improve the situation or make it worse?