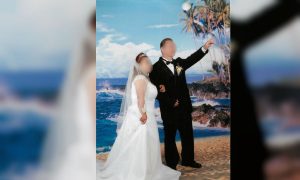 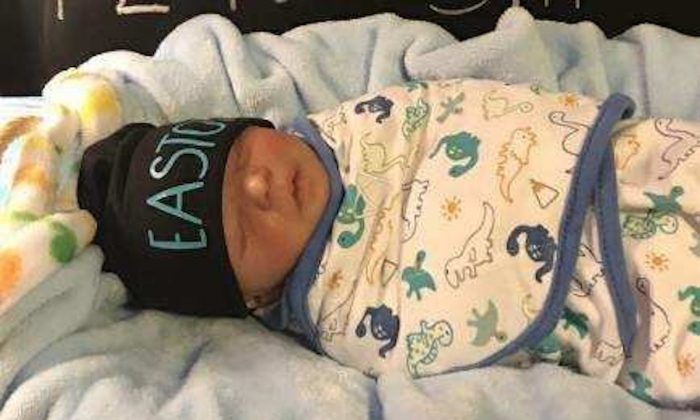 A Pennsylvania couple has been charged with theft by deception after claiming they were pregnant and that the baby died after birth, according to Pennsylvania State Police spokesman Steve Limani.
Crime and Incidents

A Pennsylvania couple had a baby shower over the summer in preparation for their baby’s birth and then raised more than $500 for their child’s funeral.

Authorities say it was all a scam.

Kaycee and Geoffrey Lang, both of Somerset near Pittsburgh, have been charged with theft by unlawful taking or disposition, theft by deception and receiving stolen property as police allege the couple faked their pregnancy, birth, and death of their child.

The couple held a baby shower where they collected money and gifts from friends and family and created a GoFundMe page announcing the death of the baby, according to Steve Limani, a spokesman for Pennsylvania State Police.

The couple raised a total of $550 from the GoFundMe, according to a company spokeswoman. The couple received another $700 in cash and gifts, according to the criminal complaint filed by police.

The couple claimed Easton Walt Lang was born July 3 and died hours later of respiratory distress syndrome, according to a criminal complaint.

Photographs of baby Easton were posted on the couple’s Facebook pages, and the baby matched the “appearance of a newborn look-a-like baby doll,” the complaint said.

Weeks later, Cynthia Dilascio alleged to state police the couple had faked everything. Dilascio told CNN affiliate WTAE-TV she threw the baby shower for the Langs.

Dilascio told CNN Friday she had her suspicions about Kaycee Lang’s pregnancy along the way, saying she wasn’t really showing but didn’t think more of it.

But after the purported baby’s death, Dilascio said she contacted the funeral home and found out they hadn’t cremated a baby at any of their facilities in the last few months. She said she then contacted the Pennsylvania State Police.

“It’s not even about the money, it’s more about the emotional part that she actually did this to her family and to me and the people who were there for her, who cared,” she said.

Police say they were unable to find any record that baby Easton ever existed.

According to the criminal complaint, the couple said Easton was born at Conemaugh Health System in Johnstown, but police say the hospital had no record of him when they checked.

Police checked with the coroner’s office in Somerset and Cambria County and neither had records of an Easton Lang, according to the complaint.

The couple said the baby was cremated by a local funeral home, but the funeral home told police that it did not cremate a baby named Easton Walt Lang, according to the complaint.

Police then searched the Lang’s home, where they found a life-like baby doll and an urn personalized with the name Easton on it.

“This is pretty despicable,” Limani said. “You’re not doing it to strangers, you’re doing it to people who care about you.”

Dilascio said she pressed charges against the couple for fraud but says it wasn’t about the money.

“She does this stuff, there’s people who can’t have a baby or who have lost a kid, and she does this. It’s sick,” Dilascio said. “You have to be sick to do this.”

GoFundMe spokeswoman Meghan Scripture released a statement saying they have a “zero-tolerance policy for any misuse on the platform.”

“This type of behavior is not tolerated on GoFundMe,” the statement read. “We will fully cooperate with law enforcement officials during their investigation and we will issue full refunds to all donors.”

CNN has reached out to Kaycee and Geoffrey Lang but has not heard back. It is unclear whether they have an attorney and they have not yet entered a plea. CNN has also attempted to reach out to the people who gave the couple money and gifts.

The charges against the couple are misdemeanors, but if the amount of money they received exceeds $2,000, the couple could face felony charges, Limani said. Limani says the couple may have received more money than that but other victims have not yet come forward.

A pretrial hearing for the couple has been scheduled for October 1.