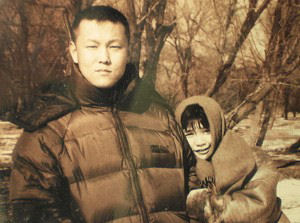 Recently, the armed conflict between Israel and Hamas in the Gaza Strip has aroused a lot of attention and discussion.

Reports in the Western media fall on the political left, middle, and right, depending on the author’s viewpoint. I was impressed by a comment that might be more correct. The author of that comment said that what happened to the Jews in concentration camps during World War II was a moral and legal basis for the subsequent restoration of Israel.

More than 6 million Jews died during the Nazi genocide of World War II. Innocent people were systematically killed and tortured for their faith and heritage. Only after the war was the terrible truth gradually revealed, shocking the world. In reaction, many vowed, “Never again.”

But the point of this article isn’t to address the Israeli–Palestinian conflict. What I want to discuss are the same terrible humanitarian disasters that are indeed happening today, despite humanity’s declaration upon learning about the crimes of the Holocaust.

Chinese painter Xu Na is currently locked in a Chinese Communist Party (CCP) prison for her faith in Falun Gong. Simply for her spiritual beliefs, she has been moved in and out of prison for more than 20 years. Her lifelong partner died while he himself was locked away and tortured in a CCP prison.

Last week, an article she wrote was published. It moved me deeply. She wrote:

“How I wish I was imprisoned in Auschwitz concentration camp, not a Chinese prison. Because in the Nazi gas chamber, people can die quickly, but in the Beijing Women’s Prison, it’s worse to be alive than dead. Repeatedly, you go through long sessions of torture in which they have inmates with medical knowledge to check your physical conditions at all times. I was not allowed to sleep there for many days and was found to have irregular heart rhythm. So the police ordered, ‘Let her sleep for an hour and take a break.’

Various concealed and delicate tortures were invented, such as splitting, pulling the legs 180 degrees apart, ordering three prisoners to sit on the legs and back of the victim and press down repeatedly. The police are proud of this invention: ‘This method is good because the pain is unbearable, but it doesn’t hurt the bones.’

Let me emphasize this shocking point: Xu would rather be in Auschwitz, the place where we swear “never again,” than in a Chinese political prison.

The greatest fear of human life is said to be death. But death isn’t the most terrifying. What is more terrifying than death is that life is worse than death.

This is the reality faced by Xu Na right now.

For 70 years, the CCP’s prisons have implemented the policy of making life worse than death for its victims. The persecution of Falun Gong practitioners in China isn’t the first persecution of prisoners of faith, and it won’t be the last.

The Nazi concentration camps aimed to destroy the flesh of the Jews. The goal of the CCP concentration camps is to destroy the human spirit. It’s much easier to end a person’s life than to change their beliefs. The CCP’s torture aims to inflict so much suffering and pain onto human lives that they renounce their belief in God and the virtue of goodness.

Xu Na was a young college student during the June 4 Tiananmen Massacre in 1989. She studied at the Communication University of China, one of the leading public universities in Beijing. After graduating, she turned away from CCP media organizations and instead became a painter.

In 1995, she and her husband, Yu Zhou, started practicing Falun Gong.

Throughout their life together, they were constantly separated due to sentences in separate prisons. In 1999, Xu Na was arrested for the first time. Despite their hardships, they supported and housed fellow practitioners in China. In 2001, Xu was sentenced to five years in prison for sheltering fellow practitioners.

In November 2002, Xu was transferred to a special prison section for forced brainwashing. In order to brainwash her, the prison used many torture methods including: complete sleep deprivation, tying and forcing her to sit in a cross-legged position for long hours, physical punishment, forcing her into using her fingerprint on self-incriminating statements that were written by others, forcing her to stay outside during cold weather wearing little clothing, not allowing her to shower for more than a month, and more.

In her article, she revealed a surreal incident: An old university classmate, TV host Xu Tao, went to Beijing Women’s Prison to interview the officers. Four prisoners held her down in a back room, while she could clearly hear the interview taking place through the walls. The police who tortured her were preaching about civilized law enforcement in the interview, while her own mouth was muffled with a towel to silence her yells.

While in prison, another Falun Gong practitioner, Dong Cuifang, was imprisoned next to her. Dong Cui was a 29-year-old former doctor from the Women’s and Children’s Health Care Hospital in Shunyi District in Beijing. She was transferred to the Third Section of the Beijing Women’s Prison on the morning of March 11, 2003.

Xu often witnessed Dong being beaten in the neighboring prison cell. She was tortured to death after only eight days.

It’s reported that Xu openly called out those responsible for Dong Cui’s murder while still in prison, even writing letters to the prison warden to call attention to the circumstances of Dong’s death.

Xu Na’s husband was a popular folk musician in a band called Xiao Juan and Residents of the Valley. He graduated with a degree in French from Peking University, an elite institution in China.

The CCP used the 2008 Beijing Olympics as an excuse to intensify its persecution of dissidents and religious believers. At 10 p.m. on Jan. 26, 2008, while Yu and Xu were driving home from Yu’s recording studio, police stopped their car to perform an “Olympic safety” inspection. The police found Falun Gong lectures in their car and took them to the Tongzhou District Detention Center.

On Feb. 6, 2008, the last day of the year according to the Chinese calendar, when all families have their reunions and have dinner together, Yu died in the Qinghe Emergency Center at the age of 42.

The family rushed to the hospital, but when they arrived, Yu had already stopped breathing. His body was covered with a white sheet, his face was still wearing a breathing mask, and his legs were cold.

He didn’t get a chance to see Xu before he died. The detention center didn’t even allow Xu to attend her husband’s funeral.

His band, Xiaojuan & Residents in the Valley, featured Xiaojuan, a disabled girl with a beautiful singing voice. Her boyfriend played the guitar, while Yu played the harmonica and drums.

Band singer Xiaojuan published a song in her personal blog that is said to have been composed many years ago, Beautiful Soul.

This time, Xiaojuan recorded it a cappella. These are the lyrics:

Yu’s family was told that diabetes or a hunger strike caused his death. His family later revealed that he had never suffered from diabetes.

Moreover, it’s highly unlikely that a person only shortly detained in a center for 10 days could die from a hunger strike.

In order to cover up the crime, the CCP’s detention center forced Yu’s family members to immediately cremate the body—against their wishes. This happened 13 years ago in 2008, right before the start of the Beijing Olympics.

As we approach 2022, Beijing will again host the Olympics. The CCP has also again arrested Xu with a number of other Falun Gong practitioners in Beijing. They were charged with publishing photos of Beijing during the pandemic on the internet.

In her recent letter, she wrote, “Every injustice in this world, even if it is far away from you, is closely related to you, because it is questioning your conscience.”

In her letter, she called the CCP a machine, and stated, “Everyone that tightens and strengthens the screws of the evil operation of this machine is guilty.”