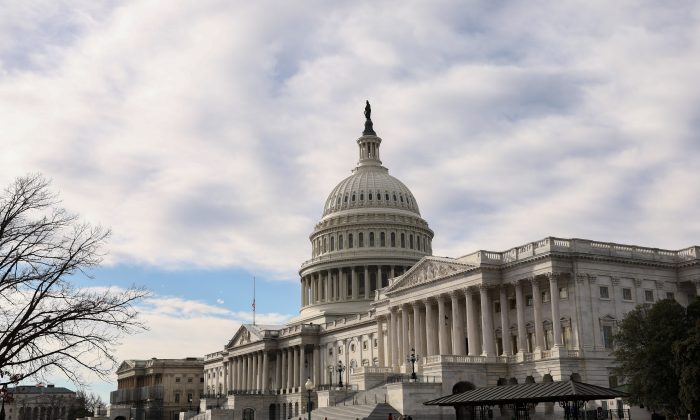 On April 19, writing in The New York Times, Nobel laureate Joseph Stiglitz presented a case for what he calls “progressive capitalism.”

I have had previous disagreements with Stiglitz. In the most fundamental sense, he and I differ on what economists should do.

My mentor, the late Hans F. Sennholz, instilled in me the principle that an economist needs to be a truth-teller, warning society of the manifold and ubiquitous economic errors that repeatedly recur in human societies.

Stiglitz (whom I have never met, and with whom I have no personal ax to grind) seems to enjoy obfuscating economic truth. His most recent article is but the latest example of an established pattern (details below).

Stiglitz’s obfuscation begins with the title of his op-ed: “Progressive Capitalism Is Not an Oxymoron.” But it is. One recurring tactic of progressives has been to try to confuse people about what capitalism really is; hence, they concoct oxymoronic terms like “crony capitalism” and “progressive capitalism.”

In this free-enterprise system, the government doesn’t take sides, but rather allows private interests to compete (within the established legal framework) in the challenging endeavor to win customers by producing what people want at a price they are willing to pay.

Cronyism is a repudiation of capitalism, because, under cronyism, the government intervenes in the free market and favors some participants over others, picking economic winners and losers (which is the way things work under socialism, under which the government controls production).

Progressivism, like cronyism, calls for government to abandon its role as impartial arbitrator and instead to overrule free markets by taking wealth from some to give to others. When Stiglitz advocates “progressive capitalism,” what he wants is more progressivism (i.e., government intervention and control) and less capitalism (free markets in which wealth is distributed in accordance with the principle, “to each according to the value he has produced”).

This man is not trying to save capitalism, but to bury it.

Not content with misrepresenting capitalism, Stiglitz engages in historical revisionism in an attempt to discredit the economic achievements of President Ronald Reagan. He states plainly that under Reagan’s reforms, “growth slowed.” That is counterfactual. The economy was in recession during most of the first two years of Reagan’s presidency because of the painful but inflation-subduing tight-money policy of Paul Volcker and the Federal Reserve.

However, when the Reagan tax cuts (which Stiglitz despises) started to take effect in 1983, the economy grew by annual percentages of 4.6, 7.3, 4.2, 3.5, 4.2, and 3.7 over the remaining six years of the Reagan presidency. In spite of starting in the hole for two years, overall growth was higher under Reagan than under his predecessor, Jimmy Carter: 3.6 percent versus 3.2 percent.

Stiglitz often expresses concern for the economically disadvantaged, such as the African American minority. He should acknowledge, then, that Reagan’s policies brought considerable benefits to black Americans—or rather, to some black Americans. The number of black American families with incomes over $50,000 more than doubled from 1982 to 1988. The median black male income rose approximately 50 percent in the eight years that Reagan was president.

The problem was that the number of black single-parent families continued its 20-plus-year trend of rising. In short, black families mostly prospered during the Reagan years; black single mothers generally did not. It would be absurd to blame Reagan for the economically counterproductive phenomenon of single parenthood. He didn’t break up families.

And that brings us to the third major problem with Stiglitz’s squid ink: Besides muddying the definition of capitalism and misrepresenting Reagan’s economic record, Stiglitz tries his best to deflect attention from the failures of government intervention. Perhaps he has forgotten the old adage that he who lives in a glass house should not cast stones.

Here are a few examples of progressive failures that Stiglitz either ignores or tries to pin on capitalism:

Stiglitz blames “deregulation of the financial sector” for allowing “bankers to engage in … excessively risky activities.” He ignores the role of both the Fed (a political, nonmarket creature, if there ever was one) and the federal government in being willing to bail out the financial industry in times of crisis. Political intervention created the moral hazard that heightened imprudent speculative activity.

Stiglitz calls for additional “public options” in areas such as mortgages. Has he already forgotten the subprime crisis of a decade ago—a crisis triggered by government regulators overruling and restraining standard prudent practices such as performing due diligence on the ability of borrowers to repay? Does he want to repeat the costly student loan debacle?

Stiglitz asserts that markets “won’t efficiently provide pensions with low administrative costs.” But private pension plans (including for the employees of several Texas counties who were allowed to opt out of Social Security decades ago) are earning far higher returns than Social Security.

Stiglitz says that markets “won’t provide … a decent education for everyone,” at the same time that progressives strive to stifle market competition in education by fighting against school vouchers and protecting the public school monopoly.

Finally, in a point with which I agree, Stiglitz laments rent-seeking. I do, too. Rent-seeking, by definition, is a political phenomenon, not a free-market phenomenon. When government bestows “rent” (a financial favor) on a private corporation, it represents a subversion of free markets. This is “cronyism,” not capitalism, plain and simple.

Whether the special interest receiving a government privilege is a well-connected established industry gaining protection from an import barrier, agribusiness benefiting from price supports, or new companies receiving lavish taxpayer subsidies to make, sell, and install windmills, solar panels, electric vehicles, or other green boondoggles, Uncle Sam and privately owned corporations collude for mutual benefit at the expense of taxpayers and consumers.

I just don’t understand why Stiglitz blames free markets for political rent, since government is the central actor in bestowing rent on privileged special interests. Rent-seeking is anti-market behavior.

Two other quick comments on Stiglitz’s anti-capitalist squid ink: He asserts that the state has a “vital role … in making markets serve society.” As stated above, that vital role is to administer justice and protect rights. But government doesn’t need to “make” private businesses serve society. In a free market, the only way private businesses can profit is to serve members of society better than the competition. Governments don’t need to “make” markets serve society, but to let them do so.

Finally, a straw man created by Stiglitz: “The neoliberal fantasy that unfettered markets will deliver prosperity to everyone should be put to rest.”

Universal prosperity is not a “neoliberal” or capitalist fantasy, but a socialist fantasy. Socialists espouse utopian goals. Capitalists are less grandiose and pretentious. We don’t claim that our system of free markets will “deliver prosperity to everyone.” But we do claim that capitalist systems have delivered and will continue to deliver more prosperity to more people than the government plans of progressives and democratic socialists, which, wherever they have been implemented, have brought economic stagnation and impoverishment. Capitalism is not a perfect system; it is merely the best one.