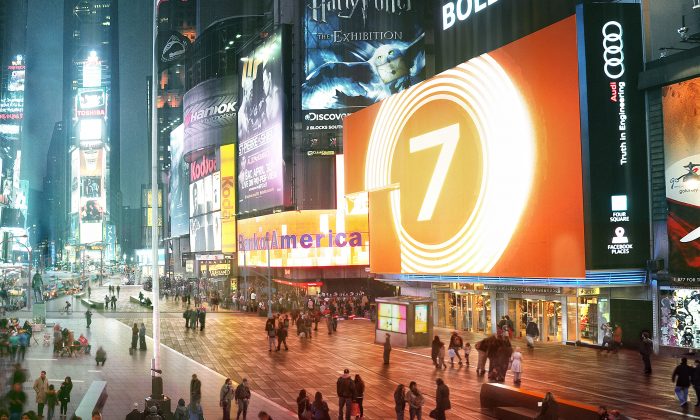 Starting the Conversation for Civic Space

NEW YORK—A few years ago, Chelsea resident Andre Becker looked up to see a long ribbon of green just blocks from where he lived. It was the High Line, and they were looking for volunteers to help prune the hundreds of thousands of dead plants midspring. Being from the West Coast, Becker immediately jumped at the chance to garden, and has been increasingly devoted to the park since.

“It’s a magical place,” Becker said recently at the fifth anniversary of the park. “Your view of the city is so different.”

The success of the High Line has been inspiring, Becker said, pushing him to organize his own community around Christopher Park in the West Village to look after and improve it.

The High Line is one of the many gems resulting from development in the Bloomberg era, said Chairman of the New York City Planning Commission Carl Weisbrod. But the new administration will take a decidedly different approach to development and open space.

“The distinction being project-based [versus] place-based,” said Weisbrod, who has worked for five of the last seven mayors.

The polished and curated High Line is very much a project-based park, but the emphasis on programming to build community has provided lessons to take into this new era.

The administration wants an approach to development from the ground up, and recognizes that open space creates a platform for community building. An oft-cited example is de Blasio’s scrapping of the Bloomberg-era proposal to sell land owned by the New York City Housing Authority to luxury retail developers. He is opting instead for development based on community needs.

As the city sets to upzone 15–20 neighborhoods for higher density (a key component of mayor Bill de Blasio’s housing plan), and rezone a swath of East Midtown for more commercial development, public space will play a central role, Weisbrod said.

From the Ground Up

Public space is strange. Spaces can be integral and positive for the community, but, as American Institute of Architects New York (AIANY) President Lance Jay Brown puts it, the same space can also be an abhorrence if created with no purpose.

Brown said civic space—open space belonging to the public—is a discussion to be had now as the city gets increasingly dense and public space becomes increasingly important.

The sheer density of New York City calls for experimentation, sometimes tempting
developers to create an attraction rather than a platform for community interaction. This is a pitfall of project-based development.

Early on there had been worries the bike lanes and pedestrian plazas marking the Janette Sadik-Khan and Bloomberg era would be a thing of the past under de Blasio, and advocates made the case these would play a key role in safe streets. Weisbrod alluded to this and said open space was deeply important to the administration through the lens of equality.

But the approach itself will be a challenge. One component is a multiagency approach, which the commissioners of various agencies have been quick to embrace. The other component comes from New York City residents.

Upon taking his position as chairman of the planning commission, Weisbrod asked for last year’s statement of needs from each agency and community board, as each is required to submit one every year.

The city found that of all the agencies, only eight statements were completed. Things weren’t much better on the community side, where boards either did not submit a statement, or continued to submit the same document year after year.

Weisbrod said the community’s needs are rarely, if ever, addressed, and “they become cynical.”

Open space is nothing without community buy-in, said Alison Tocci, executive director of the City Parks Foundation. The nonprofit organization helps hundreds of community groups to organize and improve their parks.

“The parks may get fixed up and look great but there has to be safe things to do there for the local community to keep it that way,” Tocci said. “Programming is critical to safety in the neighborhood, and to keeping the park maintained.”

But it’s not without its challenges. Community-driven processes mean countless meetings where everyone has a different opinion, and issues unrelated to design can boil to the top.

In many lower-income neighborhoods, for example, it is not uncommon for residents to resist change of any kind for fear that they will no longer be able to afford living in the neighborhood.

Business owners may also want one thing while families want another. There can be cultural and demographic differences, and the people who live there may not be the people who work there.

But what comes out of the years of community planning is a sense of ownership for the space.

Whether it is a sparse park in a low-income neighborhood or the popular High Line, planners and advocates worldwide have recognized programming comes first.

“Long before we opened the High Line, we were doing programming,” said Joshua David, High Line co-founder. While there has been criticism the park has become a signpost for tourists, David said more New Yorkers come every year, and the programming has been instrumental in that.

Since 2002 they have worked with other organizations to bring education programs to public school students in the area, creating a community around the park. “We’ve had several thousand programs happen on the High Line since we opened,” David said.

When communities band together against the demolition of a building, said new Parks Commissioner Mitchell Silver, they are rallying more for the loss of the memories carried by the building than the structure itself. He approaches creating new spaces with that mind set.

A rendering of the Times Square Reconstruction project. (Snohetta)

The Science of Times Square

New York City is a city of constant change and the center of Manhattan is no exception. Sensors count every one of the 360,000 pedestrians passing through Times Square every day, and the incredible volume has made it the perfect site for experimentation.

It was the second most Instagrammed place of 2013 (the first was a shopping mall in Bangkok) and the only neighborhood where zoning codes require illuminated signs.

The molasses-speed of movement has caused many a New Yorker to swear off walking through Times Square, but it’s a myth that the only visitors are tourists, said Sherry Dobbin, director of public art for Times Square Arts, a branch of the Times Square Alliance.

“There’s this tremendous diversity, from the 17-year-old to the 80-year-old who’s curious about what’s going on,” Dobbins said. It cuts across ages, ethnicity, the five boroughs, and beyond. The key is that these are curious people, and Dobbins wants to make sure the programming reflects that.

In 2009, the city sought to solve the pedestrian gridlock problem of Times Square.

The Department of Transportation (DOT) blocked traffic on the city’s main thoroughfare, Broadway, from 42nd to 47th streets. DOT laid out a field of lawn chairs in a pop-up project to gauge interest.

“And people flocked to them,” said Claire Fellman, a director at Snohetta’s New York office who is currently managing the Times Square Reconstruction project.

The programming was designed to be a reflection of the constant change and curiosity of passersby, but the design of the space itself came with a sense of permanence in mind.

The furniture is moveable and the planters come and go, but landscape architecture by nature shows how public spaces are pieces of urban infrastructure. The work included the physical streets, sidewalks, and underground elements like sewers and public and private utilities.

“The built parts of the project are very much creating robust, very long-term bones of the space that will shape where people might go,” said Fellman.