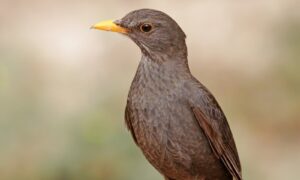 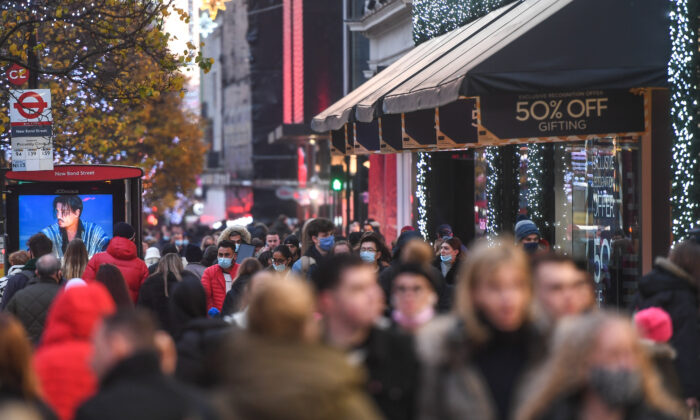 A Movement to Persuade Us We Are Not Fully Human

“Racism is a system—consisting of structures, policies, practices, and norms—that assigns value and determines opportunity based on the way people look or the color of their skin.”

So begins, with superb intellectual self-confidence, a page of the website of the Centers for Disease Control and Prevention (CDC). It continues, “This results in conditions that unfairly advantage some and disadvantage others throughout society.”

Unacknowledged by the author of the page is the evident fact that, according to this definition, any positive discrimination in favor of some group that is identifiable by appearance or color of skin must be deemed racist: for such positive discrimination, according to the author, “determines opportunity,” both for those who benefit from it and those who suffer by it.

It would still be open to those in favor of positive discrimination to argue that it’s morally justified. The desire to compensate people for the historical wrongs done to their ancestors isn’t an altogether dishonorable one (except that the desire is usually to be fulfilled at the expense of someone else).

But what those who are in favor of positive discrimination can’t argue is that they aren’t racists according to the CDC’s definition of racism. They are as racist as any segregationist; they would have to say that their racism was good racism. In that case, however, the term racist wouldn’t automatically be one of disapprobation.

For the purposes of this article, I will overlook the bogus certainty with which the CDC asserts that racism “determines opportunity,” and hence outcome in life.

In fact, racism within limits doesn’t determine opportunity, at least not fully, as is evidenced by the position of the Chinese in Malaya who have been discriminated against for decades and yet thrived, as did Jews in America despite the “numerus clausus” that operated in Ivy League universities until the 1950s.

I’m not defending, much less advocating, such discrimination, of course, but we shouldn’t let false statements or, at any rate, exaggerations guide our ideas and hence our policies.

The style of the CDC’s thinking permeates medical journals. The Journal of the American Medical Association, for example, is now a deeply and uncompromisingly racist journal, at least according to the CDC’s definition.

On April 9, it published on its open network a paper titled “Effectiveness of a Culturally Tailored HIV and Sexually Transmitted Infection Prevention Intervention for Black Women in Community Supervised Programs.” The cultural tailoring wasn’t done on an individual but on a group basis: Culture was assumed to be “determined” by, or identical to, race. This is an idea to warm the cockles of the most ardent racist’s heart.

I will not enumerate the deficiencies of the paper as science, which are numerous. The culturally tailored intervention was in part ideological indoctrination, for example with “Afrocentric themes of historical trauma and resiliency stemming from slavery to Jim Crow to the mass incarceration of Black individuals.”

The doctrine that is indoctrinated doesn’t have to be true to have real psychological effects, only to have emotional resonance. Every totalitarian, or would-be totalitarian, knows this.

But the deficiencies of the trial itself aren’t my main concern here.

There is a passage in the paper that reads as follows: “Black women had 23.1 times the rate of new HIV infections in 2018. These disproportionately high rates among Black women are due to myriad factors rooted in structural racism. These factors include discrimination from health care and social service workers, racial inequities in access to HIV treatment, residential segregation, segregated social and sexual networks, racialized drug laws, and mass incarceration.”

What is missing here? Even if we grant some force to the factors mentioned, some effect must surely be granted to the behavior of the women. This is completely omitted from the account.

After all, you don’t get HIV walking down the street, just because someone dislikes you, calls you names, won’t employ you, and so forth.

Furthermore, as is so often the case when a highly ideological point is being made, the passage mentions only the relative incidence of HIV infection, not the absolute one.

Even if all HIV infections in 2018 were among black women, which is impossible, less than 1 percent of the women most at risk of infection by age group (15 to 40) would have been infected. The real figure is probably less than 1 in 300. Structural racism evidently doesn’t affect everyone equally.

In fact, there is something that I find deeply disturbing about this passage, namely that it denies the women all agency, until, that is, the intervention by their supposed saviors.

Thus they were utterly dehumanized in the eyes of the authors, not sharing the fundamental human condition of agency that is the basis not only of justice but the reason for and precondition of freedom. It’s true that agency can be lost, but what is marginal shouldn’t be taken as typical.

There is a central contradiction in the paper: The “empowerment” supposed to be brought about by indoctrination couldn’t work unless the women had agency.

This is similar to the central contradiction of Alcoholics’ Anonymous. I am happy if the latter works for some or many people—that alcoholics should refrain from drinking is more important than the intellectual coherence of the means by which they achieve their abstinence.

But I think it’s different in this case. What is being done is actually part of a cultural movement to persuade members of a large section of the population that they’re not really fully human, at least not until they accept salvation at the hands of philosopher-kings (and queens). And it’s based on racist premises.