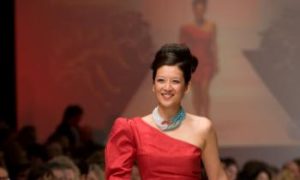 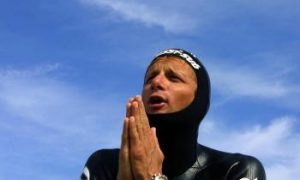 Freediver Umberto Pelizzari: Diving Is a Spiritual Discipline
0
US

A Mountain Reflection: Responsibility and Media

[xtypo_dropcap]L[/xtypo_dropcap]ast week I warned of the perpetuation of political rhetoric and fear mongering and tying it to the Arizona shootings would be a mistake. Although the drum is still being pounded, it sounds tired and tinny, and is losing volume.

My hope is that we do return to a more civil discourse in our society, and stop defining our character or the character of those with whom we disagree by using visceral political notions.

Nasty, emotional political rhetoric does exert influence in our society, and many in the media have played a foregoing role in this, especially in the previous week. Claims that the shooter Jared Loughner was influenced by conservative extremists are unsubstantiated, and so far, simply false. Much to do about nothing.

Like billows to the coals, many of those in the media have inflamed these passions—more often than not intentionally—abandoning rationality for fist-pounding emotion to appeal to like-minded viewers/readers/listeners. This certainly appears to be the case in the aftermath of the Arizona tragedy, and the media's attempts to tie Loughner to Tea Party movement supporters, and loosely tie such claimed extremism to losses suffered by Democrats in the November elections.

Playing by these rules, a more credible assertion is that this overblown media campaign itself subsequently played a role in Saturday's arrest of 63-year-old Tucson shooting victim James Fuller, who recently threatened a Tea Party speaker.

Fuller, shot in the back and knee during the deadly Jan. 9 Arizona attack on Congresswoman Giffords and others, was attending a taping of ABC News' “This Week” town hall event on Saturday.

While Tucson Tea Party leader Trent Humphries stood up to comment, Fuller took a picture of him with his cell phone and shouted “You're dead!” according to an ABC report. Fuller was arrested after the taping.

The press, being a private entity, is bestowed special rights under the First Amendment of the U.S. Constitution. With those rights come responsibility, and recognition of the tremendous power and influence the pen, the image, and the spoken word have, especially in an era of multimedia saturation and hype.

Receiving such constitutional recognition is an honor, and should not be taken lightly. It is our duty as journalists to maintain the highest standards, forgo our leanings (commentaries excepted, of course), and seek the truth—with civility.

The press in America has been predominantly liberal, supporting more secular progressive ideas and agendas (Fox News excepted). This assertion is historically supported by polls and studies of media staff, such as posing the question who the journalist voted for in presidential elections (majority vote Democrat). Young would-be journalists are also immersed in a more liberal culture while attending prestigious journalism schools.

At the same time, these journalists may subsequently believe their perspectives and sentiments are correctly in line with average Americans, and not the product of this media culture.

This would explain why the prevailing media sentiment toward the Tea Party is of an extremist movement, which is not supported by fact. My response is, “Extremists to whom?”

Even more bizarre is the assertion by some that proponents of limited federal government, reduced spending (including rolling back a health care plan that did not receive popular support), and a political discussion over delineated constitutional powers, is extreme. It is nothing of the sort.

Faced with two fundamentally different philosophies of governance—progressive liberal versus conservative—it is simply a part of the present dialog on where we want to go as a nation, as well as a popular demand for fiscal responsibility, regardless of the party in power.