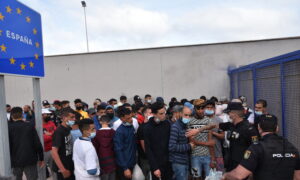 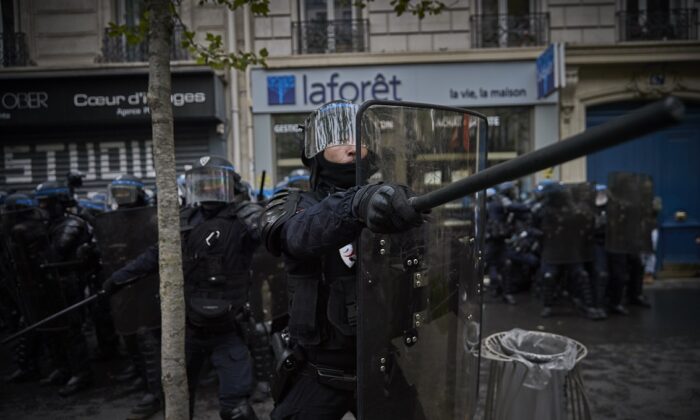 A Moment in the Ongoing Decay of the Social Contract

PARIS—In the heyday of Stalinist philosophising, one of the three so-called laws of dialectical materialism was that of the interpenetration of opposites.

According to this “law,” there is never a perfectly sharp division between opposites, but rather internal connections between them as they ‘struggle’ with one another until some new stage or state of overcoming is reached, when the whole process begins again. Like the life of a twenty-four-hour city, the dialectic never ceases.

Certainly, opposites can come to resemble one another, for example racism and antiracism. Both look at the world through the prism of race; both are powerful stimulants to hatred; both attribute characteristics not to individuals but to groups, in this case racial groups; both seek to impose their vision on the world, if necessary by force.

Usually (according to the doctrine) one of the sides, or poles, of a contradiction is stronger than the other: at present, the tide of anti-racism is riding much higher than that of racism.

Indeed, one of the poles of the alleged contradiction can almost cease to exist while its opposite survives or even thrives. This is the case of anti-clericalism in France. Anti-clerical feeling remains strong, at least among the intelligentsia, without there being much in the way of countervailing clericalism to oppose.

Even the few remaining believing Catholics in what was once called the eldest daughter of the Church do not believe that there should be a formal link between Church and state, or that Catholicism should be imposed upon the population. However, intellectuals often prefer to fight phantoms rather than realities, just as mice indulge in displacement activities in the face of overwhelming danger.

Another such case is that of anti-fascism, allegedly in conflict to the death with fascism. Most of the young people who call themselves anti-fascist have very little idea of what fascism actually was, having been brought up in unprecedented prosperity and security. They know that it was bad, of course, but then make the logical mistake of thinking that anything that they consider bad must be fascist.

Real fascism, of the Mussolini variety, is very uncommon. I once attended a real fascist rally in Naples, which managed to unite the seeming opposites of nastiness and preposterousness. It was addressed by Mussolini’s granddaughter, Alessandra, who at the time was more Gina Lollobrigida than Duce.

Nevertheless, to hear a crowd (of about four hundred) of evidently frustrated and bitter old men chant Duce! Duce! Duce! in unison was disconcerting to say the least and gave some faint intimation of how terrifying it might have been if the crowd had been of 400,000 rather than of 400.

Now it so happened that I briefly attended a small anti-fascist rally in Paris yesterday, not very far from where I stay when I am in the city. On my way to the rally, I passed a little circle of adolescents sitting in the road peacefully smoking dope to the sound of rap music, that ranting, barely musical art-form that rather reminds me in its tone of angry vehemence of a speech by Hitler reaching its climax.

The anti-fascist rally was not very large, a few hundred at most. They were mostly young, but of course everyone looks young to me these days. What was curious about them was that they were practically all dressed, from top to toe, in black, a color, or absence of color, not unknown in the history of fascism and Nazism.

They might as well have been in uniform, so lacking in variety was their mode of dress; evidently, they wanted to sink their individuality in a kind of communion of the like-minded—or perhaps I should say, of the like-feelinged, for thought was not much in evidence at the rally, nor was it supposed to be.

There was not much opportunity for violence, because the riot police were there in overwhelming force. There were as many of them as demonstrators and were much better equipped and trained than the demonstrators.

What seems at first like over-reaction by the authorities was actually sensible. The French riot police are not known for their gentlemanly behavior, and I suspect that at the first sign of trouble they would have waded into the demonstrators with joy in their hearts.

The demonstrators were the type of people who smash shop windows for the good of humanity only when they can do so with impunity. This was clearly not the case here.

But just to show how much they cared for the good of the world, they left behind them, when the demonstration broke up prior to schedule (there being no real possibility of creating a disturbance), a great deal of litter for someone else to clear up at public expense. It is, of course, one of Man’s inalienable rights to have others clear up after him. That is what municipalities are for.

In fact they weren’t really protesting anything: they were exhibiting their own virtue, as a stripper exhibits her attractions. If I show that I am against the bad, it follows that I must be good.

The riot police, I confess, sent shivers down my spine, as I suppose they were intended to do in case I were inclined to a little light looting. They looked like something out of a science-fiction movie—all in black, of course, and as heavily-armoured as mediaeval jousters.

They were completely anonymised, with not a single individual feature to be seen among them. They looked like robots. Thus, only their sense of discipline and obedience to orders stood in the way of excess violence on their part. I suspect that this was obvious to the demonstrators, deterrence being the better part of crowd control.

Still, however justified or effective the presence, it is not pleasant or reassuring to see such a force on the streets. It means that the social compact essential to a free society, namely that people will contain their political passion within certain bounds, is breaking down, not only in France but throughout the west. There are no prizes for guessing who is mostly responsible.