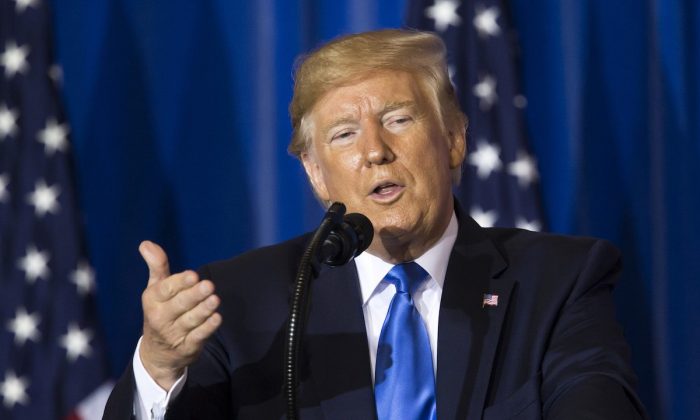 ‘A Lot of People’ to Be Deported After July 4: Trump

“After July 4th, a lot of people are going to be brought back out. So people that come up may be here for a short while, but they’re going to be back to their countries,” he said during a bill signing in the Oval Office on July 1.

On June 17, Trump said ICE would start deporting “millions” of illegal aliens who have been ordered to leave the country.

A few days later however, he delayed the deportations for two weeks after outcry from Congressional Democrats. He said he wanted to give the Democrats and Republicans a chance to work together on a fix to U.S. immigration laws that lure people to the U.S. then allow them to stay in the country indefinitely once they get in.

“Our laws are so bad and it can be changed in—I always say 15 minutes; make it an hour.  It’s very simple,” Trump said.

However there are fundamental differences between Republicans and Democrats on the direction talks on illegal immigration should take.

“You just cannot say—and there’s a disagreement—that anybody coming across the border is breaking the law.  Not until there’s been a determination as to whether they can stay or not,” she said during a June 27 press briefing.

Most Republicans want to fortify the southern border, decrease the number of fraudulent asylum claims, and make it easier to deport people once a judge determines they’re not eligible to remain in the country.

Senator Lindsey Graham (R-S.C.) introduced a bill in May that has been endorsed by the head of the Department of Homeland Security as fixing the main drivers of immigration to the United States. His bill has been considered in committee twice but hasn’t yet been voted on, and Congress is on break for the rest of the week.

July 6 will mark two weeks since Trump said he would delay the deportation push.