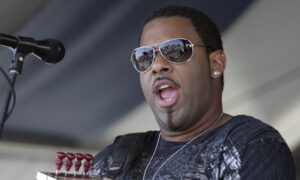 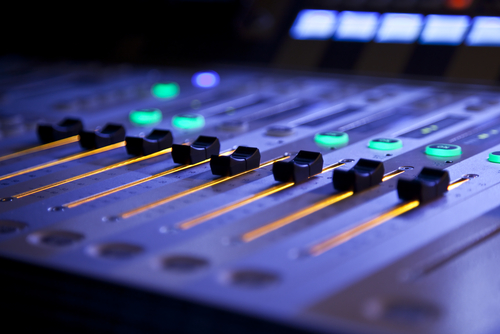 A Look Inside Movie Music Production

Did you see Ben Stiller’s new movie, The Secret Life of Walter Mitty, since it opened on Christmas Day? If you did, you might have noticed how the soundtrack added to the drama on screen. But chances are good that you don’t know the dramatic history of the space where that music was recorded: Manhattan Center’s Grand Ballroom.

The very first film score in the history of cinema—for Warner Brothers’ Don Juan, which starred the legendary John Barrymore and Mary Astor—was recorded at the Grand Ballroom in 1926.

The pioneering sound technicians of that era used Vitaphone technology—brand new at the time—to capture the sound of the New York Philharmonic Orchestra, 107 musicians strong. Then as now, the Grand Ballroom’s superb acoustics have assured that this magnificent venue is perfect for music recording. This is true whether the project is a full-blown orchestral film score, a live concert, or other kind of recording.

Academy Award-winning film scores and Oscar-nominated soundtracks have frequently been recorded at the Grand Ballroom. Since the mid-1990s, the film scores recorded or mixed at the Manhattan Center have included those for notable cinematic achievements such as Interview with a Vampire, Fargo, Batman Forever, The Red Violin, You’ve Got Mail, Everything Is Illuminated, TinTin, Frida (for which its composer, Elliot Goldenthal, won an Oscar), and Across the Universe.

The Log Cabin
A separate recording studio within Manhattan Center is called the “Log Cabin.” Despite this rustic-sounding name, this studio is anything but primitive in what it offers. The Log Cabin combines the ease and efficiency of digital technology with a Pro Tools HD Accel system, plus the proven warmth and musicality of a best-of-breed 72-channel analog console, complete with classic outboard gear and the latest plugins.

By the way, the Log Cabin successfully manages to attract soundtrack production projects off the big screen as well as on. For example, late last year, Goldenthal and Julie Taymor—along with various child actors—could be found busily recording in the Log Cabin for Ms. Taymor’s new production of A Midsummer Night’s Dream, which recently closed at Polonsky Shakespeare Center in Brooklyn.

Advanced Tools
The second recording studio at Manhattan Center, known as Studio 7, houses a unique custom-modified Neve VR 96-channel console recording to 5.1 surround on a Pro Tools HD Accel system, or to any of a variety of digital or analog multi-track tape formats.

Wired to record or mix sound from the Grand Ballroom or the Hammerstein Ballroom, Studio 7 has been the go-to studio for the recording of countless one-of-a-kind performances, including film scores, classical recordings, broadcasts, and telethons.

The studios at Manhattan Center continue to attract a wide variety of musical clients. This is due in part to its reputation as the ideal venue to record and mix film soundtracks and other types of productions.

Take Myspace, for example. When the music-oriented social network chose to showcase live performances of today’s hottest up-and-coming musical acts, it chose the Log Cabin at Manhattan Center. To date, Myspace’s Live at the Log Cabin series has hosted a wide range of acts whose live performances have been posted online, ranging from Manchester, UK-based alt rock band The 1975 to American hip-hop duo Run the Jewels.

Even musical equipment manufacturers love the way Manhattan Center makes their products sound. Last October, when Martin Audio Ltd., a designer of leading-edge live performance systems, wanted to conduct a series of exclusive demonstrations of its award-winning MLA Compact™ Multi-cellular Loudspeaker Array, it set up shop inside the Grand Ballroom for a two-day special event for members of the concert industry.

George Martin, the Beatles’ legendary producer, once titled a memoir All You Need Is Ears. That phrase perfectly sums up Manhattan Center’s appeal to those seeking to record film and music scores. Manhattan Center is located at 311 West 34th Street, New York. www.mcstudios.com

Sebastian Thaler is a freelance writer based in New York City.

*Image of sound mixer via Shutterstock