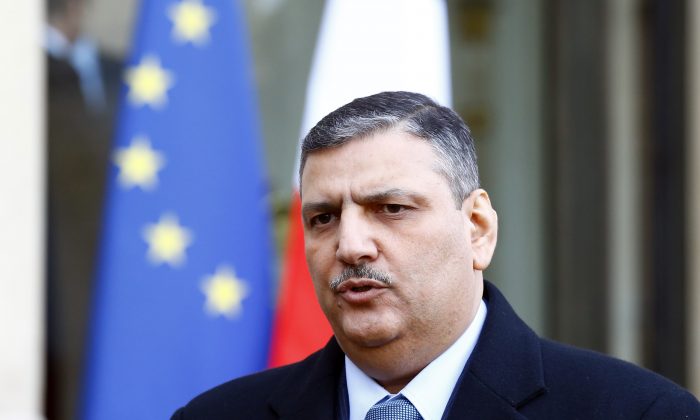 A Look at the Scheduled Syrian Peace Talks in Geneva

GENEVA — The peace process the U.N. hopes to begin in Geneva is the first attempt to bring together Syria’s rival groups since 2014, but few harbor any hope that the talks will achieve a quick breakthrough in the 5-year-old civil war.

In fact, there are big questions about whether the main opposition group will show up on time or whether the talks will even take place. The talks are scheduled to begin Friday but are likely to be delayed due to ongoing disputes.

The process has the backing — at least in principle — of the international community, including countries that support opposing sides of the conflict: The United States, Saudi Arabia, Russia and Iran.

U.N. Special Envoy to Syria Staffan de Mistura described the talks as “an opportunity not to be missed.”

Here are some questions and answers about the talks and their significance:

Why are the talks important?

Any attempt, however modest, to end the conflict is important. The civil war has killed over a quarter of a million people, sent millions of refugees spilling into neighboring countries and Europe, and created a huge humanitarian catastrophe.

The talks are an attempt to bring together opposition groups and government representatives in what is billed as the first step in a U.N.-endorsed, 18-month political transition plan. At stake is whether the two sides and their international backers can overcome sharp differences to achieve confidence-building measures that can serve as a foundation for something bigger, including a broad national cease-fire.

Judging by the posturing and bickering over which opposition groups are eligible to attend and what should be on the agenda, the attempt appears almost hopeless.

Who are the participants?

De Mistura has invited Syrian Foreign Minister Walid al-Moallem and members of his delegation, as well as Riyad Hijab, the head of the opposition’s Higher Negotiating Committee, a Saudi-backed bloc that includes civilian and rebel groups. While the government delegation was expected to arrive Friday, the opposition bloc says it is still waiting for replies from the U.N. chief responding to its concerns, and is unlikely to make it by Friday.

The largest Kurdish group in Syria, the Democratic Union Party or PYD, is not invited; neither are the two militant factions that control large parts of the country: the Islamic State group and the al-Qaida-linked Nusra Front.

How are these talks different than previous ones?

Two rounds of talks held in Switzerland in 2014 ended in spectacular failure after the two sides failed to agree even on an agenda. The government insisted on talking about eradicating “terrorism,” while the opposition was focused on a political transition that would ease President Bashar Assad from power. Those talks were marred by the fact that Iran, a main backer of the Syrian government, was not part of the process.

This time, Iran is among 17 nations that support the process and have signed up for a roadmap to end the war. The U.S. and Russia are also working more closely together, both determined to find a way to end the war. The 2014 talks also were criticized for excluding armed groups inside Syria. This time, the opposition delegation includes several rebel factions in addition to the civilian opposition.

Does that mean there is more hope of a breakthrough?

Not necessarily. In fact, expectations for a breakthrough are almost nonexistent. In a reflection of the deep animosity and complexity of the task, de Mistura has decided that these will be “proximity talks,” rather than face-to-face sessions — meaning that he plans to keep the delegations in separate rooms with a lot of shuttling in between. He has tamped down expectations by saying he expects them to last for six months, describing them more as consultations.

Another seemingly insurmountable issue has been identifying which armed groups in Syria are considered terrorists. The only groups everyone agrees are terrorist are the Islamic State group and the Nusra Front.

But there are many other groups that each side calls terrorists. Turkey considers the main Kurdish group, the Democratic Union Party or PYD, to be a terrorist organization and has threatened to boycott the talks if the group is invited. Russia considers the Army of Islam that is part of the Saudi-named delegation to be a terrorist organization, while Syrian opposition groups and Saudi Arabia consider Lebanon’s Hezbollah, which is fighting along Assad’s forces, to be terrorists.

What happens if the talks fail?

The military conflict will probably escalate even further. As things stand, that is likely to be advantageous to the Syrian government.

Russia’s military involvement, which began with airstrikes Sept. 30, has allowed the Syrian army to go on the offensive against rebels. Backed by Moscow’s airpower — many Syrians describe it as the “Sukhoi Storm,” named for Russia’s warplanes — the army and allied militias have scored significant victories over rebels in recent weeks. Russia is likely to intensify its support of Syrian troops.

Gulf countries, which back the opposition, are likely to step up weapons shipments to the rebels.