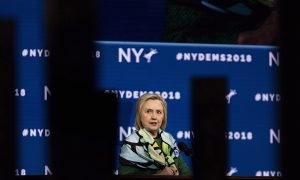 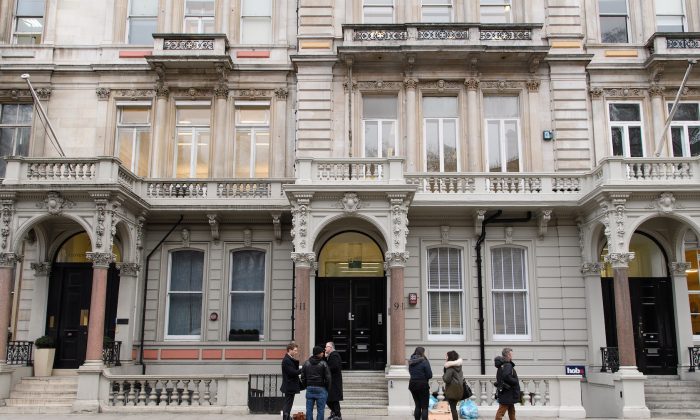 A Look at the Russian Ties to the Steele Dossier

If the Russians wanted Donald Trump to win, would they have allowed or assisted in the production of Steele’s dossier?

The obvious answer is they wouldn’t. But then, the Russians didn’t want a Trump presidency, either.

And why would they? Historically, all Russian ties lay with Hillary Clinton—Uranium One, the Russia reset, and Bill Clinton’s $500,000 Moscow speech. Meanwhile, President Donald Trump promised, and followed through on, a program of national energy self-sufficiency. U.S. oil production is now booming. This is a direct threat to Russia’s primary source of cash.

The last thing the world’s biggest gas station wants is an even bigger gas station opening for business.

That might provide a partial explanation for the employment of Fusion GPS by Russian actors. While the story is a bit complicated, it starts with Vladimir Putin’s desire to repeal the Magnitsky Act.

The Magnitsky Act is named for Sergei Magnitsky, who was jailed by the Russian government in late 2008. Magnitsky would die in jail almost exactly one year later—from beatings suffered at the hands of prison guards.

The Magnitsky Act denies visas and freezes the assets of Russians who are involved in human-rights abuses. It has proven to be a problem for many Russian oligarchs and officials, including Putin. The Russian government would dearly love to see the Magnitsky Act repealed.

As secretary of state, Hillary Clinton opposed passage of the Magnitsky Act—a position coinciding with Bill Clinton being paid $500,000 for a Moscow speech on June 29, 2010. While the Magnitsky bill was being formulated, her State Department was asked by lawmakers to deny visas to the Russian officials who were implicated in the Magnitsky matter. Clinton’s State Department denied the request.

The Russian officials who paid for Clinton’s Moscow speech would have been barred from entering the United States if the State Department hadn’t denied the request.

The Magnitsky Act came before Congress through the efforts of Magnitsky’s former employer, Bill Browder. This is where Fusion GPS enters the picture. Browder, no stranger to controversy, became the target of a Fusion GPS smear campaign.

Browder made some allegations against a company called Prevezon, a Russian holding company that had been “accused by the U.S. government of laundering stolen cash into New York City real estate.”

Browder told prosecutors that the cash came from a Russian tax-fraud scheme that had been uncovered by Magnitsky just prior to his jailing in Russia.

Prevezon was represented by a Russian lawyer named Natalia Veselnitskaya. If her name probably sounds familiar, it’s because Veselnitskaya was one of the participants in the infamous Trump Tower meeting.

In 2013, she employed a U.S. law firm, BakerHostetler, to hire Fusion GPS to dig up dirt on Browder. Simpson has stated in congressional testimony that his efforts focused “on trying to get William Browder to testify under oath about his role in this case and his activities in Russia.”

In July 2016, Browder filed a formal complaint with the Department of Justice (DOJ) alleging that Fusion’s work on behalf of Russia was a violation of the Foreign Agents Registration Act (FARA). Browder’s complaint was later noted by Sen. Chuck Grassley (R-Iowa) in a letter to then-Acting Deputy Attorney General Dana Boente.

From Grassley’s letter: “In 2013, the Department of Justice initiated a civil asset forfeiture case against Prevezon Holdings, a company owned by Russian Denis Katsyv, the son of a former Russian government minister. The Justice Department argued that his company had received millions of the laundered $230 million from the conspiracy Mr. Magnitsky discovered, and had used it to purchase real estate in New York.

“Prevezon Holdings and the Russian government began a lobbying campaign purportedly designed to try to: repeal the Magnitsky Act; remove the name ‘Magnitsky’ from the Global Magnitsky Act and delay its progress; and cast doubt on the Justice Department’s version of events regarding the corporate identity theft of Hermitage’s companies, the fraudulently obtained $230 million, and the death of Mr. Magnitsky.

“It is particularly disturbing that Mr. Akhmetshin and Fusion GPS were working together on this pro-Russia lobbying effort in 2016 in light of Mr. Akhmetshin’s history and reputation. Mr. Akhmetshin is a Russian immigrant to the U.S. who has admitted having been a ‘Soviet counterintelligence officer.'”

Grassley closed with this:

“It is highly troubling that Fusion GPS appears to have been working with someone with ties to Russian intelligence—let alone someone alleged to have conducted political disinformation campaigns—as part of a pro-Russia lobbying effort, while also simultaneously overseeing the creation of the Trump/Russia dossier. The relationship casts further doubt on an already highly dubious dossier.”

Browder testified before the Senate Judiciary Committee on July 27, 2017. Toward the end of Browder’s testimony, the following exchange occurred.

Sen. Lindsey Graham (R-S.C.): “So, I just want to absorb that for a moment. The group that did the dossier on President Trump hired this British spy, wound up getting it to the FBI. You believe they were working for the Russians?”

Browder: “And in the spring and summer of 2016, they were receiving money indirectly from a senior Russian government official.”

Now, fast forward to recent reporting on Bruce Ohr, the former No. 4 official in the DOJ, whose relationship with Christopher Steele has been thrust into the spotlight recently. Ohr has been described as a longtime friend of Steele, with a relationship (that includes Ohr’s wife Nellie) going back to at least 2006.

All of which brings us to a New York Times article, “Agents Tried to Flip Russian Oligarchs.”

The article notes: “The F.B.I. and the Justice Department unsuccessfully tried to turn Mr. Deripaska into an informant.” According to the Times, Bruce Ohr and Steele were instrumental in the FBI’s efforts to flip Deripaska. And their conversations regarding Deripaska had nothing to do with Trump.

“Officials spoke on the condition of anonymity to discuss an initiative that remains classified. Most expressed deep discomfort, saying they feared that in revealing the attempts to cultivate Mr. Deripaska and other oligarchs they were undermining American national security and strengthening the grip that Mr. Putin holds over those who surround him.”

In the narrative spun by The New York Times, Ohr was the liaison between the DOJ and the FBI. Steele was the bridge between Deripaska and Ohr.

It states: “The program was led by the F.B.I. Mr. Ohr, who had long worked on combating Russian organized crime, was one of the Justice Department officials involved. Mr. Steele served as an intermediary between the Americans and the Russian oligarchs they were seeking to cultivate.”

It also reveals that cultivation efforts weren’t limited to Deripaska.

“The attempt to flip Mr. Deripaska was part of a broader, clandestine American effort to gauge the possibility of gaining cooperation from roughly a half-dozen of Russia’s richest men, nearly all of whom, like Mr. Deripaska, depend on President Vladimir V. Putin to maintain their wealth, the officials said.”

According to NY Times, the FBI somehow believed it had a legitimate chance at flipping an inner circle of Russian oligarchs whose continued wealth and status were singularly dependent on Putin.

Alas, efforts at Deripaska’s cultivation would fail, just in time for a new topic of discussion between Ohr and Steele.

“Just as it was becoming clear that Mr. Deripaska would provide little help to the Americans, Mr. Steele was talking to Mr. Ohr about an entirely new issue: the dossier.”

But it seems that Deripaska remained a topic of interest for Ohr.

“Last year, Mr. Ohr asked someone who communicated with Mr. Deripaska to urge the oligarch to ‘give up Manafort,’ according to a person familiar with the exchange.”

“Last year” would be 2017. Ohr and Steele were communicating through May of 2017. “Someone” would likely be one of two people: Christopher Steele or Adam Waldman. And why would Ohr be asking for Deripaska to “give up Manafort.” Ohr was not on the special counsel’s team.

We know the FBI visited Deripaska in September 2016, roughly two months before the presidential election. According to a John Solomon article, “the agents posited a theory that Trump’s campaign was secretly colluding with Russia to hijack the U.S. election.”

At one point in 2017, Deripaska volunteered to testify before the Senate Intelligence Committee. A series of texts occurring from late February into mid-May 2017, between Waldman, Deripaska’s lawyer, and Sen. Mark Warner (D-Va.) indicate Waldman’s efforts at facilitating some sort of meeting. The efforts failed. As Deripaska’s lawyer, Adam Waldman, noted:

“We specifically told them that we did not want immunity. Clearly, they did not want him to testify. What other conclusion could you possibly draw?”

Remember, Waldman was not only the lawyer for Deripaska. He was also representing Steele.

If the FBI was truly attempting to flip Deripaska—and we know there were multiple communications—why would Deripaska be willing to testify about those efforts in light of his close ties with Putin. It would seem unlikely that he would intentionally testify to anything that would put his relationship with Putin in jeopardy.

And why did the Senate Intelligence Committee refuse to hear Deripaska’s testimony. One might expect that Congress would have some relevant questions for Deripaska. Was Steele in Deripaska’s employ. What role did Deripaska play in the dossier’s creation. Was he a source for the Steele dossier.

There’s another problem with the narrative provided by the Times. Bruce Ohr testified that his DOJ superiors, including Deputy Attorney General Sally Yates, were unaware of his contacts with Steele. If Ohr’s role was so significant, how does it come about that Ohr’s superiors had no idea of his communications with Deripaska’s primary intermediary. How was the Department of Justice planning on flipping someone they didn’t know they were communicating with?

I suspect Deripaska’s role will continue to be revealed as the discovery of Ohr’s actions moves forward. A role that will almost certainly prove to be a bit different than the one outlined by the NY Times.

As noted by The Conservative Treehouse, “It is almost a certainty that Deripaska was one of Chris Steele’s sources for the dossier.”