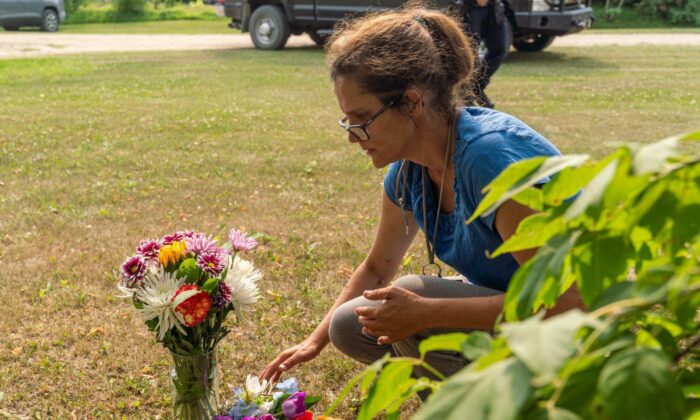 Ruby Works places flowers at the home of a victim who has been identified by residents as Wes Petterson in Weldon, Sask., on Sept. 5, 2022. (The Canadian Press/Heywood Yu)
Canada

A Look at Some of the Victims in the Saskatchewan Stabbings

The identities of some of those who died in a mass stabbing in Saskatchewan are starting to emerge.

Police say 10 people were killed on the weekend on the James Smith Cree Nation and in the nearby community of Weldon. On Monday, the body of one of the two suspects in the attacks was also found on the reserve. The second suspect remains at large.

Here is a look at some of the victims:

Wes Petterson — the 77-year-old Weldon resident was a widower who lived with his adult grandson. People in the community said he loved his cats, was proud of his homemade Saskatoon berry jam and frequently helped out his neighbours.

Gloria Burns — Media reports quoted siblings as saying the 62-year-old was a first responder on the reserve. CBC reported that she was killed while responding to a crisis call during the attacks.