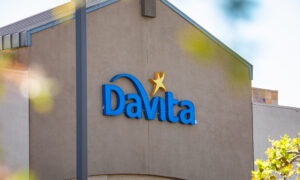 A Look at California’s Vote on Ballot Measures

As the dust from the 2020 general election settles, a veteran journalist is weighing in on the outcome and what it means for Californians.

During the Nov. 3 election, residents voted on 12 propositions on issues ranging from rent control and taxes, to privacy rights and affirmative action. The results are telling of a state that’s becoming less trusting of its government, said OC Weekly founder and California Policy Center President Will Swaim.

California’s Proposition 14—a bond initiative—has passed, and will allow the government to borrow $5.5 billion plus interest for stem cell research. The project could cost taxpayers up to $4 billion extra in interest payments, Swaim said.

“Stem cell research does appear to be a really … effective way to improve human health,” he told The Epoch Times’ California Insider. “Any kind of effort to improve health, I think, is going to be met gladly.”

However, the initiative will also mean increased government debt, he said.

“When [the government] increases its debt, it has to either cut spending someplace else to pay for that debt or has to raise taxes, which has its own pernicious impact on the private sector and the quality of our lives.”

About 52 percent of voters struck down Proposition 15, a commercial and industrial property tax that would generate between $6.5 billion and $11.5 billion in new funding for public schools, community colleges, and local government service.

The measure was largely pushed by government unions that wanted the government to pay for benefit increases, Swaim said, adding that its failure was a shock.

“At a time when a lot of Californians were looking around seeing homelessness and rampant drug use on the streets of LA and San Francisco and our schools closed and collapsing and the teachers union saying ‘We just need more money—make the rich pay,’ it died at the ballot box,” he said. “This suggests, I think, a reasonable-to-moderate understanding of how business actually works, how the economy actually works.”

Voters can expect another version of the measure to make an appearance at a future election, Swaim said.

“Although it lost, I think it’s important to know that this is not the first time, and it isn’t the last time,” he said. “The unions will be back at the ballot box, guaranteed, they will be back in two to four years.”

California’s failed Proposition 16 offered voters the chance to amend the Constitution of California to repeal a 1996 proposition that prohibits governments from taking race, gender, or ethnicity into consideration when hiring employees or accepting students into schools.

Prop. 16’s intent was to allow for affirmative action—the consideration of race and gender to favor groups considered disadvantaged. Proponents say that this will give them an equal footing. Opponents have said it’s prejudiced and downplays merit.

“Prop. 16 was just absolutely fascinating because in an era when we all saw George Floyd get killed in Minneapolis, the cry for social justice seemed to be too powerful to not sweep along this crazy racist policy,” Swaim said.

“The [measure says] government should decide how many people get government contracts or get to go to school based only on their race or ethnicity, not on their aptitude, not on their skill and testing, just on the basis of, say, their skin color or their gender.”

Californians already turned down affirmative action in 1996, and Swaim said in doing so disproved the notion that minorities would suffer without it.

“After affirmative action was ended in 1996 up through today, black people lost no ground at all,” he said. “Latino students applying to the University of California and Cal State University system actually accelerated dramatically.

Californians restored the right for felons to vote with the passing of Proposition 17. Parolees can now participate in elections after completing their prison terms.

Meantime, another suffrage measure, Proposition 18, would have allowed 17-year-olds to vote in primary and special elections if they would turn 18 by the next general election. The measure failed overwhelming, with 56 percent of Californians voting against it.

Swaim was among those disapproving of the move.

“I don’t know about you, but when I was 17, I would have made terrible voting decisions,” he said. “I think the idea that somehow 17-year-olds are competent to vote, really, does not understand early childhood development.”

The complicated Proposition 19 permits certain homeowners—including those older than 55, severely disabled, or whose homes were lost by wildfire or disaster—to transfer their primary residence’s property tax base value to a replacement residence anywhere in the state. It passed with about 51 percent support.

“It dealt with residential in a way that was very sneaky. I say because on the one hand, it seemed to be offering you the portability—that is the ability to take the Proposition 13 property protection, the tax protections you had on your home for it—from one county to another. They call that portability, or mobility,” he said.

The move was welcomed by realtors, since it’s expected to create a wave of new real estate transactions. When Prop. 19-qualified homeowners sell their properties to move elsewhere, the people who buy their homes will assume the current property tax rate, thus generating more money for governments.

“That’s how they sold it: on portability. But the reality is that it was also a push to make sure that those protections were not entirely protected, and that what the state could do is come in and, through a back door, raise property taxes on all others buying residential property.”

The failed Proposition 20 would have added more crimes to the list of violent felonies. It would come with restricted early parole for those crimes, while certain types of theft and fraud crimes chargeable as misdemeanors would require DNA samples.

“Conservative people and Libertarians—and I don’t mean that politically, but the people who really value personal freedom—should have been immediately opposed to this,” Swaim said.

“The DNA collection was especially onerous. It means that if you’re pulled over just as a suspect in a crime—just as a suspect—law enforcement is allowed and required, in fact, to collect your DNA. The assumption being ‘We stopped you for a traffic crime; you may be guilty of some other crime in the future, and we’re gonna want this data.’”

Opponents of Prop. 20 said it would increase incarceration, which costs money and takes away from rehabilitation programs as alternatives.

Law enforcement groups heavily supported Prop. 20, saying some dangerous criminals are released into the public too soon because their crimes are not considered “violent.” Such crimes include domestic abuse and child trafficking.

They said collecting DNA broadly has helped solve serious crimes more easily, and that low penalties for some crimes have led to an increase in theft and other crimes.

The rejected Proposition 21 would have expanded local governments’ authority to enact rent control on residential properties older than 15 years old.

Swaim called it one of the worst ballot measures on the list.

“This was pitched as, ‘Gosh, local governments ought to be allowed to do whatever they want,’ but in fact it’s yet one more way for the government to start to control property that they don’t own,” he said. “So if you’re a person who owns a house or you rent a room or whatever, this rent control ballot initiative would have limited your ability to actually make ends meet.”

Although it appears to benefit renters on the surface, he said it could ultimately result in a sizeable inflation of rent costs.

“It incentivizes bad behavior by the landlord,” he said. “When you have rent control, if I’m a land owner and you’re a tenant, as soon as I get you out of there, I’m gonna raise my rent as much as I think I might need for the next year or two years or three years.”

Votes for the Market

The contentious Proposition 22, which passed with more than 58 percent of the vote, will exempt app-based transportation and delivery companies from providing employee benefits for certain drivers. It allows them to work as contract workers instead of employees.

Meantime, Proposition 23 would have given the government control over dialysis centers. It would have established state requirements for kidney dialysis clinics, and required on-site medical professionals.

Voters overwhelmingly rejected the measure; 63 percent sided against it.

“Californians looking at this government control voted for the market,” Swaim said. “It’s a great win for Californians, particularly for those relying on those dialysis clinics.”

“If you read it, it sounds like a really kind of obvious and reasonable thing,” Swaim said. “It expanded the provisions of California’s consumer Privacy Act, and it created the California Privacy Protection Agency to implement and enforce that act.”

But beneath the surface, the bill has simply created another layer of government bureaucracy, he said. It could also financially hurt small businesses who are sued over the legislation, he added.

“It has created an incentive for private trial attorneys to sue these companies,” he said.

“Google might be able to afford this, but that doesn’t make it right.

“The worst impact would be on smaller users, so people on Etsy, for example, where you’re just selling your own little products and services. … [If] I don’t like the way Etsy is using its technology, then I sue Etsy. … It’s the small businesses that are going to get impacted.”

The election’s final ballot measure, Proposition 25, would have replaced California’s money bail system with a system based on an assessment of the suspect’s flight risk. More than 56 percent of voters struck the measure down.

“The argument is that this is the point at which Americans’ liberties have been stripped from them pretty violently, because at this point, you’re just a suspect; you’re not guilty of a crime yet,” Swaim said.

“You’re just a suspect. As a conservative myself, a person who really appreciates personal liberty and the Constitution of the United States, I acknowledge that the point at which an American is apprehended and put in jail is a problem, and your ability to get out depends upon the speed with which a judge can hear your case, but also whether you’re able to afford bail to get out.”

Judges have traditionally tried to balance that by taking other factors into account when setting bail, such as the nature of the crime, and the risk of flight.

“Under Prop. 25, there would have been no more cash bail,” Swaim said. “It will only be an algorithm that determines your flight risk, that is the fact that you may just get out the door and then run [and] never show up for trial. But it doesn’t really take into account the horror of your crime, the frequency of your crimes necessarily. It takes away that judicial discretion.”