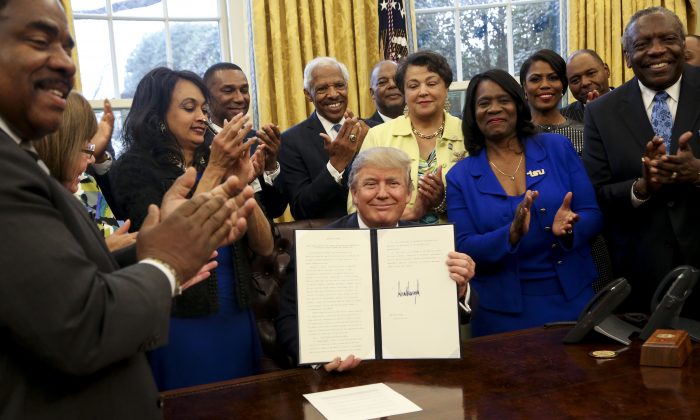 President Donald Trump has signed 15 executive orders since his inauguration as of March 1.

In his first 40 days, Trump is keeping pace with his predecessor, Barack Obama, who had signed 16 executive orders in the same period. Despite his initial pace, however, Obama ended up signing only 277 executive orders throughout his entire eight years as president—the least number of such orders by a president in 120 years.

Here’s a photo showing the list of his executive orders so far, and what they mean.