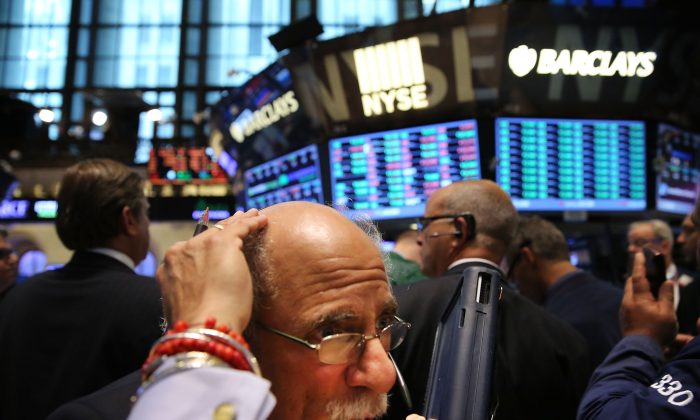 A History of Crisis: Can the G-20 Save Capitalism From Itself?

To understand this week’s G-20 summit being held in Brisbane, Australia, and measure its success, requires a sense of the history of economic crisis and change. Recurring crises have shaped global institutions across the interwar gold standard, the Bretton Woods postwar order, the G-7 of the 1970s, and the expanded G-20 of today.

This “family tree” has evolved as crises have reshaped the balance of power and ideas, altering the distribution of economic capabilities and driving debate over four broad phases. Tracing their evolution can help us understand the challenges and choices leaders face today.

Stage One: Interwar Tragedies—From Versailles to the Great Crash

First, the pre-Keynesian interwar years of the 1920s and 1930s were marked by deficits of both economic leadership and ideas, as the world economy plunged into depression.

The “original sin” of global economic crisis can be seen to have been committed at the Versailles summit in 1919. Here, states bereft of any appreciation of the common good failed to recognize that, in punishing Germany, they would be depriving themselves of customers and creditworthy borrowers. One needn’t have absolved Germany of all responsibility for the conflict to recognize that what John Maynard Keynes termed “the economic consequences of the peace” were likely to be dire.

Compounding these errors would be a misguided interwar commitment to the gold standard. This locked the world economy into a downward path, inhibiting potential post-Great Crash efforts to revive the world economy.

Instead, early responses to the market collapse would be marked by calls for austerity. For example, U.S. Treasury Secretary Andrew Mellon urged Herbert Hoover to “liquidate labor, liquidate stocks, liquidate the farmers” and so “purge the rottenness out of the system.” Having done so, Mellon argued, “people will work harder” and “live a more moral life.”

Secondly, it would take another 15 years to witness the construction of the Bretton Woods system in 1944, reflecting the ideas of John Maynard Keynes regarding the “macro” interest of states in cooperating to prevent self-reinforcing market crises.

To be sure, this order could not have stood on Keynes’s ideas alone. It would also require the exercise of a benevolent “American hegemony” to stabilize a system of fixed exchange rates that might enhance postwar economic stability.

Even this order had two weaknesses. First, it had built into it an inflationary bias, as it depended on wage growth to fuel demand. Secondly, the impressive American might of the postwar decades—when the U.S. accounted for nearly half of the world’s GDP—could not be sustained forever.

Something would eventually have to give. The result would be a third economic order, as America’s Keynesian hegemony would yield to a more multilateral Neoliberal order, stabilized by the Atlantic and European powers of the day—with Japan—in what would emerge over a series of mid-1970s summits as the G-7.

Initially, the G-7 sought to maintain the old Keynesian playbook, balancing a tradeoff between growth and inflation. However, as wage-price pressures assumed increasing “lives of their own,” this would prove untenable. At the 1977 London economic summit, states conceded that inflation would have to be tackled—despite the costs for employment.

Over the 1980s and 1990s, this order, too, would manifest its own weaknesses. Specifically, the wage-price spirals of the Keynesian era found new form in recurring asset-price bubbles. These appeared in crises that spanned the Mexican peso crisis of 1994, the Asian crises of 1997–1998 and the dot-com boom of the early 2000s.

To the extent that these crises could not be addressed solely by the North Atlantic powers, the Asian crises in particular spurred a broadening of authority. The G-7 would be supplemented as a leaders’ forum by the expanded G-20, which provided greater representation for the Asia–Pacific region, albeit still at the ministerial level.

Perhaps this limited role made sense given the essentially regional nature of crises up through the mid-2000s. But the onset of the global financial crisis in 2008 would change that thinking.

Stage Four: Balancing Recovery and Reform at the G-20

In the initial months following the onset of the GFC, policymakers often suggested the global economy had reached a turning point. As former Australian Prime Minister Kevin Rudd argued, the challenge posed by the 2008 financial crisis was “to save capitalism from itself: to recognize the great strengths of open, competitive markets while rejecting the extreme capitalism and unrestrained greed that have perverted so much of the global financial system.”

Given this interpretation, just as the great crash of 1929 had spurred the rise of the Keynesian order and Bretton Woods system, the crash of 2008 could spur a new era of recovery and reform—with the G-20 leading the way.

Yet such claims were overstated. Each of the above-noted crises led to essentially gradual change. In this light, the G-20 has likewise been marked by less punctuated than incremental change—and so the most important successes in Brisbane are likely to be “behind the scenes.” A half-decade out from crisis, officials will engage not in the design of massive economic rescue packages, but rather more measured efforts at constructing new monetary and regulatory tools—as these might enable the revived reconciliation of growth and economic stability.Wesley Widmaier is an Australian Research Council future fellow at Griffith University in Brisbane, Australia. This article previously published at TheConversation.com.