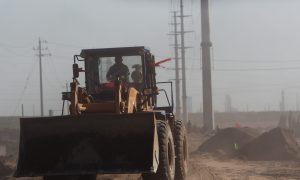 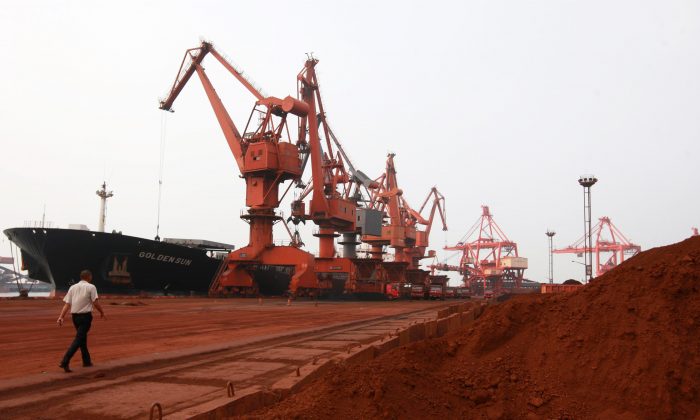 Last month, the Energy Information Administration announced that the United States exported more crude oil and petroleum products than it imported during the week ending on Nov. 30, 2018. This was the first time that has happened since 1991, continuing a 10-year trend of growing U.S. energy independence.

But, while the nation appears to have turned a corner in the energy sector, a crisis has grown in another strategic sector of the economy. It’s a crisis that has developed almost unnoticed, except by a very few who understand just how serious and dangerous the situation is and how it grows more serious and dangerous each day.

The United States is becoming alarmingly dependent on other nations for its supply of many of the strategic metals and minerals that we depend on to make modern-day life possible, to construct high-tech military systems, and to perform hundreds of other tasks that are vital to the health and prosperity of the nation.

The term “strategic metals and minerals” covers a lot of ground. On one hand, it includes relatively abundant metals like manganese, which is essential to producing high-quality alloys of steel. On the other hand, it also includes elements like yttrium, a “rare-earth” element that—as the term suggests—is found in small concentrations in isolated pockets in the earth’s crust. Among other things, yttrium is a critical component of various anti-cancer drugs.

What ties this tale together is that the United States is increasingly dependent on foreign powers, and, in many cases, actual or potential adversaries, for its supply of strategic metals and minerals.

Geologist Dr. Ned Mamula and writer Ann Bridges are co-authors of the recently published book “Groundbreaking! America’s New Quest for Mineral Independence.“ In it, Mamula and Bridges outline the nature of the problem in detail. It’s an important book that covers a vital topic that too few Americans, and particularly those Americans in a position to influence national policy, even know exists.

The Problems and Solutions

2) The supply chain isn’t reliable. The People’s Republic of China (PRC) and Russia provide a disproportionate and potentially crippling percentage of these strategic metals and minerals. According to USGS data, the United States is 100 percent dependent on the PRC for several of these strategic materials, and primarily dependent on the PRC and Russia for many more. Both nations are surely aware that undermining the United States’ economy by pulling the plug on the supply of one or more these materials would have negative consequences to their own nations. Yet, that doesn’t rule out either choosing to utilize a weapon we have chosen to give them.

3) It matters. Quoting from “Groundbreaking:” “A 2016 Government Accountability Office (GAO) report stated the obvious as it warned that rare earths are a ‘bedrock national security issue,’ which might be too abstract of a concept for most observers. More meaningful to the casual observer is the possibility rare earths will one day soon become part of U.S.–China trade and tariff discussions, but hopefully not as part of a trade war, or the object of an embargo, as happened to Japan in 2010. An author very familiar with the rare earth issue astutely noted, ‘unfortunately, the biggest risk to launching a trade war against the People’s Republic of China comes from the most obscure of imported goods’—rare earth elements.”

4) It’s fixable. The problem isn’t rooted in the concept that the United States does not have sufficient mineral and metal wealth to fill our raw material needs. As Mamula and Bridges document, we have a plethora of both, primarily in the rocks that make up the region known to geologists as America’s Western Cordillera. There lies an abundance of metal and mineral resources that the United States could—if it so chooses—use to fill its own demand and sell to the rest of the world as well.

5) The obstacle is ourselves. We clearly have the resources. We also have the ability to extract those resources as economically and safely as is possible, with the least environmental impact. The fact that we don’t choose to do so can be attributed to a few delusions that are unique to successful, wealthy, and comfortable societies like 21st-century America: a) every internal risk—environmental, health-based, or otherwise—is blown out of all proportion; b) people become willfully ignorant of the benefits of modern technology while they obsess over the supposed risks involved with sustaining that technology and choose to dismiss any connection between the two; and c) to the extent that infinitesimal risks might exist, people are more than willing to export those risks to nations far less suited to dealing with them than the United States.

We could, if we chose, mine and process all of the metals and minerals needed to keep our modern, ultra-efficient society humming along. The fact that we don’t make that choice is further proof of the narcissistic, navel-gazing nature of the United States today.