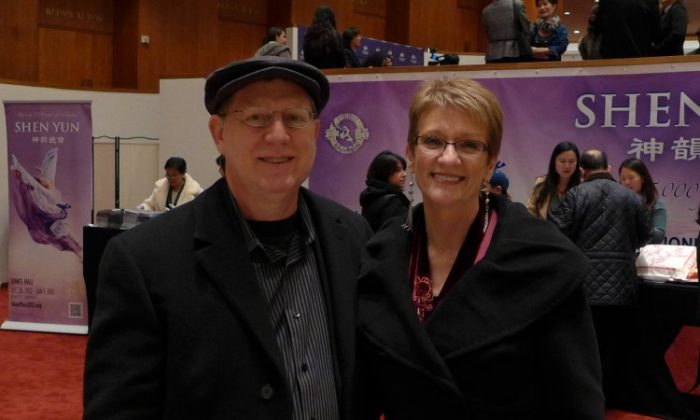 HOUSTON—Susan Lerner bought tickets to the Shen Yun Performing Arts performance at the Houston Jones Hall for the Performing Arts as a holiday gift for her husband Daniel Lerner.

After watching the performance on Dec. 27, Mrs. Lerner knew she had bought just the right gift.

“This is a good surprise,” said Mr. Lerner.

“I really love the dance and I like the music,” added Mr. Lerner, who owns a company in the oil industry.

Based in New York, Shen Yun presents classical Chinese dance and music, and has a mission to revive 5,000 yeas of China’s divinely inspired culture.

Mr. Lerner said that his family is quite artistic. Of their children, two are professional musicians, one is a costume designer and one is a fashion designer. He is artistic as well; he is interested in Chinese arts, and is teaching himself Chinese painting with ink on rice paper.

Watching the show helped Mr. Lerner become familiar with aspects of China he didn’t know much about, he said, particularly the spirituality in the ancient culture.

According to the Shen Yun website, “Shen Yun performances are filled with stories, virtues, and fascinating details that weave from ancient times all the way to the present.”

Ms. Lerner, who shared her husband’s interest in learning about spirituality in Chinese history through Shen Yun, said she also enjoyed the choreography.

With reporting by Yang Chen.