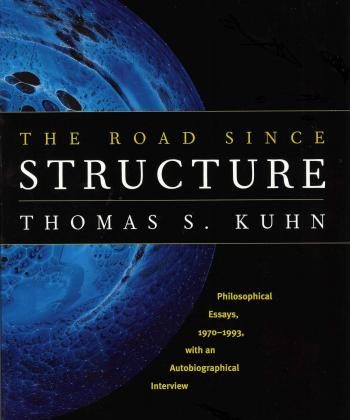 With a focus on what scientists do rather than what they should do, Thomas Kuhn emphasized the powerful role that values and interests play in science as a social activity. At the same time, he acknowledged that there are some rational and effective aspects of what scientists do.

Charges of irrationalism in Kuhn’s philosophy were partially true, as Kuhn himself acknowledged, but some of the charges may have been too extreme.

In The Trouble with the Historical Philosophy of Science, published in 1992, Kuhn continued to explain that personal interest, politics, power, and authority play a role in science, as they do in other aspects of societal life.

Irrational and Rational Aspects of Science

However, Kuhn did not agree with the postmodernist movement, called the “strong program,” which claims that power and interests are all there are. While there is an irrational side to the practice of science, observations of nature do play a role in scientific development, according to Kuhn.

“Incommensurability,” which Kuhn discussed in his book The Structure of Scientific Revolutions (Structure for short), is key to understanding his argument for limitations in rationally deciding which of two rival theories are better toward making progress in science.

According to Kuhn, scientists in different disciplines are drastically limited in effectively communicating with each other. Even the same terms often mean different things between two disciplines, and the terms cannot be effectively translated. Neither can they be bridged with descriptions of brute data when the terms or concepts are dependent on a whole system of understanding within a culture or subculture of different communities.

When scientists from rival disciplines argue, their arguments tend to be circular as each makes claims to concepts that are in turn based on their own disciplines that they are trying to defend. According to Kuhn, even in science, the winners between competing scientific theories are often decided politically.

However, Kuhn did not intend to mean that the barrier posed by incommensurability is absolute and that a rational communication between two disciplines or cultures is impossible. According to Kuhn, such communications are possible but often very difficult to achieve.

In a paper, The Natural and the Human Sciences, submitted by Kuhn for a discussion at LaSalle University in 1989, he explained that with hermeneutic interpretation, anthropologists and historians are sometimes able to gain deep understanding of concepts from different cultures. Kuhn’s own experience of enlightening to Aristotle’s ancient physics is another example.

A Kantian Position With Relative Categories

Like Immanuel Kant, Kuhn believed that while there is an objective reality independent of the human mind, the human mind ultimately cannot know that reality, which is ineffable and beyond human language and culture.

However, unlike Kant, who believed that human beings are born with innate categories of understanding, Kuhn took a relativistic position. Kuhn believed that these categories are not innate; instead, they change with changes in culture and language.

Interpreting Kuhn’s position, John Horgan wrote in The End of Science: “But whatever is universal in human experience, whatever transcends culture and history, is also ‘ineffable,’ beyond the reach of language.”

During a conference at the Massachusetts Institute of Technology in 1990 in honor of Kuhn, in the Afterward, Kuhn replied to some philosophers of science about key aspects of his philosophy:

“The point is not that laws true in one world may be false in another but that they may be ineffable, unavailable for conceptual or observational scrutiny.” He said, “It is effability, not truth, that my view relativizes to worlds and practices.”

An Attack on the Dominant View of Science

One of Kuhn’s primary goals was to show that the prevalent view of scientific progress, a vision of successive scientific beliefs becoming better and better approximations to the truth, is false.

For example, Einstein’s theory, which came after Newton, was closer in principle to the much older Aristotelian physics than to Newtonian physics, according to Kuhn. In a way, modern physics has taken a big leap back toward ancient times.

It would be a mistake to say that Kuhn was against science. Kuhn said that he is “pro-science,” according to Horgan in The End of Science. In a way, Kuhn praised science. The rigidity and discipline of science actually makes it very effective at problem solving while it produces “the greatest and most original bursts of creativity” of any human enterprise, according to Kuhn in his discussion with Horgan.

Kuhn’s starting point was to approach science from epistemology, a theory of knowledge, on which Kant had immense influence. Kuhn was less interested in evaluating scientific theories; he focused more on the minds of practicing scientists who are deeply affected and constrained by culture and language.

Kuhn was not attacking science itself, although he may have inadvertently inspired others to do so. The aim of his intellectual attack was against the tenets of logical positivism (also known as logical empiricism), which was the dominant philosophy of science around the time when Kuhn wrote Structure.

Kuhn had many critics. Among them were philosophers Paul Feyerabend, Imre Lakatos, Margaret Masterman, and Stephen Toulmin, just to name a few. One of the most notable critics was the older Karl Popper, who was himself one of the most influential philosophers of the 20th century, from whom Kuhn learned a great deal.

While Kuhn acknowledged that he had much in common with Popper’s philosophy of science, Kuhn was very critical of Popper on key points. For example, he attacked Popper’s “falsifiability” criterion for scientific theory on the grounds that Popper did not account for what scientists normally do.

According to Kuhn, even under known anomalies that could falsify a theory, scientists normally tend to strive dogmatically to solve problems as puzzles to be worked out in order to enlarge their current theories, not to advance new and better theories.

One of the sharpest critics of Kuhn was David Stove, an Australian philosopher and author of Scientific Irrationalism: Origins of a Postmodern Cult. Stove attacked both Popper and Kuhn for laying the foundation for scientific irrationalism and for strong dependence on David Hume’s skepticism of inductive reasoning, a cornerstone of the empirical method of modern science.

While Kuhn contributed much to the postmodernist movement, he was opposed to their extreme views. Kuhn believed that many of his critics and supporters misinterpreted important aspects of his philosophy with damaging results. Frustrated and angered, Kuhn remarked that he was not a “Kuhnian.”