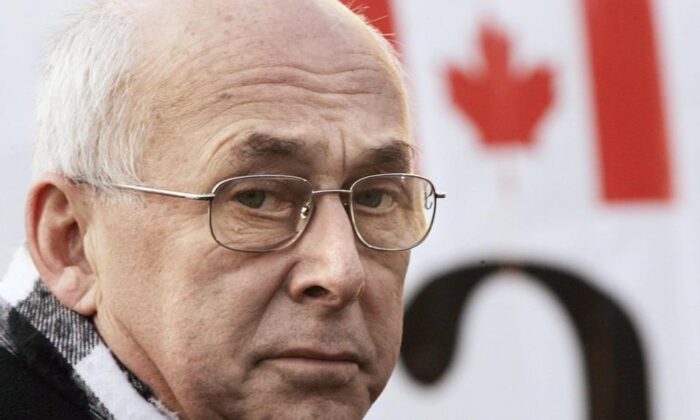 He died Sunday at the age of 77, prompting notes of remembrance and gratitude from politicians across the province, both current and retired.

In a news release, Premier Andrew Furey said Efford “selflessly served his province and country” for two decades, and that he was glad to have called Efford a friend.

Efford was born in 1944 in the small fishing community of Port de Grave, which sits on the coast of Conception Bay, just west of St. John’s. He was first elected to the provincial legislature in 1985, and he held several cabinet positions throughout his tenure, including Minister of Development and Rural Renewal and Minister of Social Services.

He became the provincial Minister of Fisheries and Aquaculture in 1996, four years after a moratorium on cod fishing in the province led to widespread economic collapse and despair, particularly in rural areas. Efford was a fisherman himself and, as minister, he fought hard for the industry’s recovery, travelling to countries such as Japan to investigate new markets for Newfoundland and Labrador seafood.

In 1992, fish harvesters from the province travelled to Toronto and held a rally at Nathan Phillips Square to protest the cod moratorium. In online footage from the rally, Efford is called to the stage as a founding member of the United Fisherpersons of Newfoundland and Labrador.

“How’re ya gettin’ on?” Efford hollers out to the crowd before him. The phrase is a common Newfoundland expression for, “How are you doing?”

“Let me tell you one thing from the very beginning,” he continues. “I’m from Port de Grave, and I’m not making believe with my accent, it’s real.”

He then launches into a blistering speech about the importance of the cod fishery to Newfoundland and Labrador, and the devastation wrought by its imposition.

“Every Newfoundlander’s got the right to the fishery,” he yells. “The fishery belongs to Newfoundland and Labrador!”

Efford left provincial politics in 2001, and was elected to the House of Commons in 2002 to represent the federal riding Bonavista-Trinity-Conception. There, he was appointed Minister of Natural Resources in 2003 and held the post until he retired in early 2006.

In the years before his death, he spoke openly about his Alzheimer’s diagnosis.

As word of his passing spread Sunday, politicians expressed their admiration for Efford’s dedication and legacy.

Former prime minister Paul Martin, for whom Efford served as Natural Resources Minister, issued a statement with his condolences.

“John had a remarkable political career in Ottawa and Newfoundland and Labrador,” Martin said. “He was a passionate advocate for … the province he loved, for its fishing industry as well as the communities that depend on it.”

“He spent his life fighting for rural (Newfoundland and Labrador),” Ball wrote on Twitter. “His determination and resilience has had a positive impact on all that knew him.”

In his release Sunday, Furey said Efford had “a strength of personality and character that made him a force in our province.”

Flags at government buildings in Newfoundland and Labrador will be flying at half-mast in Efford’s honour, Furey added.