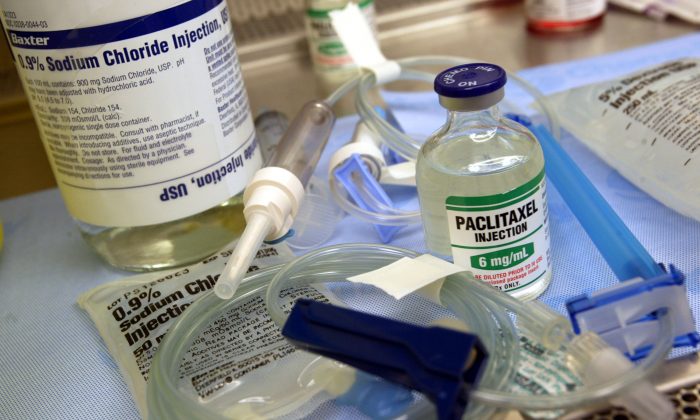 A family in the United Kingdom learned that two of their children had cancer, with the second diagnosis coming just four months after the first.

Keri Redfearn, 32, was at a loss when her son Leo, 10, was diagnosed with cancer.

However, she and her husband, Shaun Redfearn, 59, were crushed all over again when their son Oliver, 6, was also found to have cancer just months later, reported The Mirror.

Leo was diagnosed with neuroblastoma.

“Neuroblastoma is a type of cancer that starts in certain very early forms of nerve cells found in an embryo or fetus. (The term neuro refers to nerves, while blastoma refers to a cancer that affects immature or developing cells),” according to the American Cancer Society. “This type of cancer occurs most often in infants and young children. It is rarely found in children older than 10 years.”

Oliver was diagnosed with non-Hodgkin’s lymphoma.

“Non-Hodgkin’s lymphoma is cancer that originates in your lymphatic system, the disease-fighting network spread throughout your body. In non-Hodgkin’s lymphoma, tumors develop from lymphocytes—a type of white blood cell,” according to the Mayo Clinic.

The two brothers have become close as they struggle through their battles with cancer.

Mum's double heartbreak as both of her little boys are diagnosed with cancerhttps://t.co/x7WK2WRILA pic.twitter.com/eKaoPPQBkD

Heartbreak for mother-of-three, 32, after her two sons are diagnosed with cancer within four months https://t.co/SkT4iryOoy

“They’re two completely different kids, but as close as brothers can be. They squabble but they love each other to bits—I think they’re just typical brothers,” Redfearn said.

“Oliver loves to chat and he encourages Leo to take his medicine, something Leo’s been struggling with since he’s been having treatment for four months and he’s in a really tough part of it right now.”

The family hoped that the diagnosis was some sort of error but soon had to focus on supporting their children.

“If you can imagine your worst nightmare and times that by 100–that’s what it feels like,” said Keri, reported The Daily Mail. “It’s like the whole world falls out from under you and I think we all just kept hoping it was a mistake.”