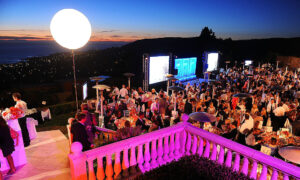 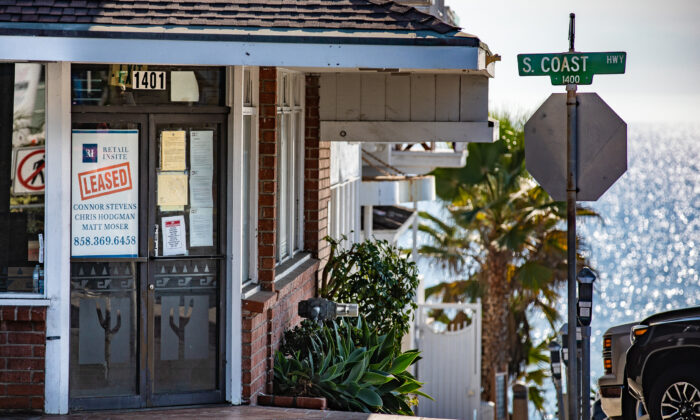 A Faded Inn Recalls Its 1930s Glory, Soon to Be Restored

LAGUNA BEACH, Calif.—It was 1927 when the enterprising John “Pappy” Smith built the Coast Inn steps away from the shoreline in Laguna Beach, California.

He stayed steady at its helm through the Great Depression, bought land nearby that poised him to open the first liquor store in the city after prohibition ended, and he grew it as a family business and gathering place for the community.

It became a refuge for off-duty Marines during World War II. It hosted all kinds of stars, including Marilyn Monroe (discreetly checked in as Zelda Zonk), according to one former employee. It was a hotspot for the gay community for a stretch, starting in the ’70s.

Its now tarnished glory is evident from a glimpse of its rusty railings and time-worn façade. But a major remodel is underway.

New owners are set to restore the original Spanish Colonial Revival-style exterior that fire decimated in the ’50s. The project has been contentious, as so many development projects are, with concerns raised about parking, a rooftop pool, signage, and more.

Yet City Council smoothed out the concerns enough to pass the proposal with a 4–1 vote in July.

As its history returns to life, those who worked there and grew up there recall its colorful past.

For Smith’s granddaughter, Carolyn Smith Burris, delving into the hotel’s history has given her a new appreciation of her grandfather.

It Started With ‘Pappy’

Smith was born on Aug. 1, 1881, and was a quiet and kind man, Burris recalled. He had an “Alfred Hitchcock body type,” she told The Epoch Times. He raised five children with his wife of 49 years, Caroline.

“Grandpa was just always around; he was just a steady-rock person,” Burris said. Her grandparents “got through the Depression,” she said, and “that just says a lot.”

Burris launched a website in 2017, The Coast Inn History, as a place to tell the lively history of the Coast Inn. She has done it to better know her own family history and preserve it for her two daughters and five grandchildren, but also to help the communal memory of this place stay alive as it’s reborn.

There are questions she would love to be able to ask her grandfather.

It was this purchase of additional land that gave him room to open a liquor store in the 1950s, which is currently closed, but will be up on the city council agenda for renovations as well.

In 1933, at the tail end of the Great Depression and “as soon as prohibition was over, he snapped up the very first liquor license in Laguna Beach,” Burris said.

In 1936, three years after the end of prohibition, Smith had the South Seas bar built as an addition onto the hotel.

With a tiki-styled interior and fish tanks serving as exotic counters, it was a sensation among locals, tourists—and notably, Marines.

Marines and servicemen loved to “enjoy home away from home” at the South Seas while off duty, Burris said. And during World War II, the Inn often drew customers from New York and elsewhere for weekend getaways.

Burris has heard from many of the former servicemen who used to frequent the South Seas. One of them, who now lives in San Diego but came to visit his old haunt in later years, made an impression on Burris.

“He was nearly in tears telling me how much the Coast Inn meant to him during this stressful period of his life.”

She’s heard of romances started at the Inn leading to marriages, and the couples settling in Laguna Beach thereafter.

The crowds were eclectic, with many stars among them, including a young Clint Eastwood.

In 1956, the hotel caught fire, and the Spanish Colonial Revival architecture was lost. Though the fire represented a loss, friends were on hand to help with the rebuilding. Chris Abel worked on the architecture plans.

He was one of Carl “Pop” Abel’s children. The Abels and Smiths were close; “Pop” was a Dutch immigrant who lived down the street from the Inn and had five children to match Smith’s five. Another of his children, Mogens, did wood carved murals for the walls of the South Seas.

Smith turned part of the newly restored inn into a restaurant and hired a cook named Charlie, who Burris said was “the best.” His food drew breakfast crowds on Sunday mornings after church, with lines out the door.

During rebuilding, the front of the Inn became the Tap Room and Coast Inn Restaurant, with South Seas toward the back of the building. In 1957, Bob Boyd, who previously ran a French restaurant downtown, leased the restaurant.

Jan Van Thillo, an immigrant from Belgium, was 16 when he became one of the restaurant’s servers. He told The Epoch Times it was “busy like the Dickens” during this time.

“And people were friendly, the customers were extremely friendly. A lot of locals would go there—this was before Denny’s,” he said.

He and the other restaurant employees had a lot of fun together. And a bit of mischief. He reminisced about one time he and a coworker went to the Del Mar Thoroughbred Club to bet on horses. It wasn’t the most proper place for an underaged teen. “I had never gone betting on the ponies or anything [before],” he said.

Van Thillo said he drives past the hotel all the time and sees the memories he made.

The ’60s breezed by with the quiet, familiar routine. But the ’70s brought change.

Smith died in 1961, at the age of 79, and two of his children continued to run the Inn. In the ’70s, they hired a bartender who had worked at a popular gay hangout in town, and many of his clientele followed him to the South Seas.

“They weren’t turned away. They just mingled in with most of the locals, and then it got to be more and more, and then by 1974, it started to create a line out the door,” Burris said. Business was booming, and the place became known by the nickname the Boom Boom Room.

Gregg Abel was working construction at the time, and he liked to go there after a visit to the beach to unwind. “In those days, you just would go down to the bar and hang out, talk to your buddies, and have your shots. I always had the live goldfish with a shot of tequila,” he told The Epoch Times.

The Smith family sold the whole Inn, including the Boom Boom Room in 1978 to Sidney Bryan (Bryan made the nickname into the bar’s official title). The bar became a nightclub, and eventually closed in 2007.

Over the years, Burris and her family had stayed connected with the Inn, making friends with the new owners and bonding over their love for the hotel. Her father also mentored the owners, Burris said.

That’s how she met Pete Mihalek, a caretaker at the Inn in the ‘90s.

“All the fun had in there—you worked and you worked hard, and it was hot in there, but it was still fun,” he told The Epoch Times. “We never had people fighting and bickering with one another—it was just not that type of business. … It was very friendly.”

Mihalek would close the nightclub and start work again at 7 a.m. for the breakfast rush at the restaurant.

One of the most popular dinner items on the menu was the pistachio crusted sea bass, he recalled. And for breakfast, classic bacon and eggs.

He marvels at the building’s history, the many roles it played. “It was a bar, a restaurant, a coffee house—it was three different businesses.” He said Smith had foresight when he started the business.

“It’s just a unique property, and it was just a relaxing place to be. You can sit down by that big bay window and look at the water and have a martini,” he said.

Chris and Marcella Dornin purchased the property in 2013, and while they’re planning to modernize it, they’re also going to bring back it’s classic style. Smith had decided against rebuilding in the Spanish Colonial Revival style after the fire in the ’50s, but the Dornins are bringing it back.

They’re keeping the same number of hotel rooms, 24, and adding a rooftop pool, deck, and bar.

Public comments at the city council meeting that approved the project, including call-ins and emails, were fairly evenly split for and against the remodel. Many supported it by and large but objected to some of the details. Some outright objections were based on worries that it will attract rowdy party crowds and cause more traffic in an already congested area.

Cindy Shopoff, a resident who lives across from the Inn, was one of the callers in support of the remodel. “We’re very excited to see it being remodeled,” she said. “I urge you to support this and approve it tonight. It’s been long enough.”