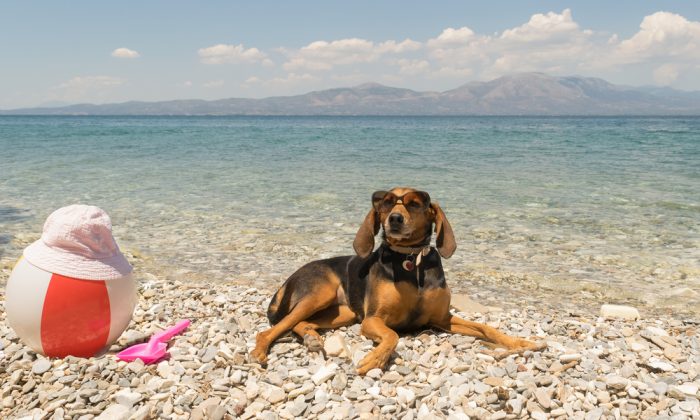 It’s hard to avoid stress, and the expectation that we are camels with unbreakable backs. I know this from personal experience as part of the “squeezed generation” with young children, an old parent and a demanding job. Often I joke to my kids that they are making my hair go grey to which they respond: “It’s better than going bald.”

These two signs of ageing are also linked to stress. Human psychologists are lucky: they get to ask people what makes their hair go grey or fall out. Progress can be more difficult for people like me, who work on assessing the psychological well being of animals, as we cannot directly ask a dog or a parrot how they feel. But our knowledge of stress in humans is increasingly being deployed in the animal world.

Studies on humans reveal that stress ages us more rapidly than time alone. As we age, the end portions of our chromosomes called “telomeres” get progressively shorter. The main function of these telomeres is to protect the coding sections of our genes from unravelling, just like the plastic ends on shoelaces. If telomeres become too short, chromosomes unravel and stop working, with dire health consequences.

Studies have shown that negative life events such as violence, divorce or death of a close friend can increase the speed of telomere shortening, or attrition. When we see someone who looks old for their age we often remark, “they must have had a hard life”. In fact, what we are saying is that their biological age is much older than their chronological age.

Animals that have had a “hard life” also suffer from accelerated telomere shortening. For example, social species of parrots kept as pets without members of their own species have shorter telomeres, as do bird chicks raised in a nest where they are the smallest individual and so have to compete harder for food. A hard life leaves scars on your entire genetic makeup, and this same process can reveal important information about an animal’s well being.

Can anything be done about the premature ageing effects of stress? Even animal welfare scientists want to find the fountain of youth.

One naïve solution would be to try and rear captive animals in a stress-free environment. But this won’t work. Just as moderate levels of stress give us humans the incentive to do things, so an animal that doesn’t experience any stress won’t have any incentive to behave naturally. Eventually a captive animal will be exposed to stress, with catastrophic consequences for its welfare.

Some say that providing captive animals with a stimulating environment in order to express their natural behaviour actually works because it gives them small, constant doses of stress. The real world, after all, is nicer than a plain concrete cage, but is hardly stress-free. It’s not clear, though, whether this stimulation could slow down telomere shortening.

Healthy lifestyles can help. One study on human women found regular exercise, a good diet and stress-relieving activities such as meditation meant major negative life events led to less telomere shortening. It may even be the case that a healthy lifestyle increases telomere length. Thus, the lesson for animal welfare is that a little stress often may be good for you because it prepares you for highly stressful events.

Search for the Stress Gene

Animal welfare scientists have long looked at the environment of animals as a means to improve their well being, but these human findings suggest we should look at genes as well. It should be possible to test whether animals with certain gene combinations are more prone to stress or not. This information could then be used to change how we look after animals or in the case of some species guide our selective breeding programmes.

But there are many other areas where our animal knowledge lags far behind. I am particularly interested in sleep and animal welfare, for instance. When we go to the doctor feeling ill, we are almost invariably asked if we are sleeping well. Disrupted sleeping patterns are a good indication of stress in humans, but we don’t know much about how this affects other animals. At least not yet – I have a PhD student looking into it.

Human well being is a complex subject determined not just by suffering, but also by positive experiences. Likewise, animal welfare is about the lifetime experiences of an animal. And me? At least going bald would solve the problem of my grey hair.

Robert John Young, Professor of Wildlife Conservation, University of Salford. This article was originally published on The Conversation. Read the original article.