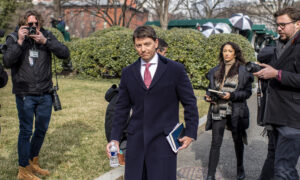 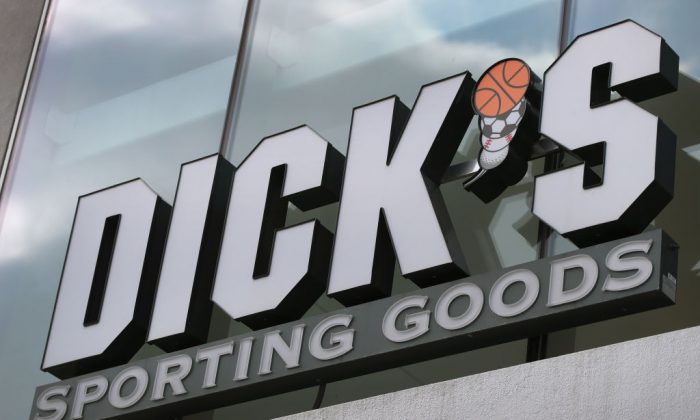 A sign hangs outside of a Dick's Sporting Goods store on February 28, 2018 in Chicago, Illinois. (Photo by Scott Olson/Getty Images)
US News

Two employees at Dick’s Sporting Goods have quit over the company’s recent change in gun policy.

Twenty-year-old Griffin Mccullar posted a picture of a printed resignation letter on his Facebook page.

The letter was dated Feb. 28, the same day Dick’s CEO Edward Stack announced that the store would stop selling “assault-style” weapons in all of its stores.

Stack also said the company wouldn’t sell guns to anyone under 21.

“I cannot be the face of these new gun policies in affect [sic],” Mccullar wrote in the post, which has been shared more than 80,000 times. “I find them morally and constitutionally wrong. I refuse to be a part of a corporation with these liberal policies.”

Mccullar said he’s an avid hunter, and can no longer purchase guns from Dick’s, which seemed to assist his decision.

Mccullar said that the staff at Dick’s are “phenomenal” and easy to work worth, the managers are “great people,” and the “pay is good.”

Mccullar ended with a quote portion from the Second Amendment.

Stack said in his announcement that Dick’s executives respect the Second Amendment but following the killing of 17 at a high school in Florida in February, it was time to make a policy change.

“Even as strong supporters of the Second Amendment, we feel now is the time to have meaningful discussion about common-sense reform with the intent of finding a solution,” Stack said in the statement.

Nikolas Cruz, who admitted to committing the massacre in Parkland, is 20 years old.

The other Dick’s employee, Alex Degarmo, a 20-year-old resident of Greenwood, Nebraska, posted a resignation letter on his Facebook dated March 2.

“I firmly believe that it is morally and constitutionally wrong to infringe upon the rights of a law-abiding citizen in any way,” he wrote. “And I will not work for a company that pushes for the restriction of the Second Amendment.”

Like Mccullar, he said that the only reason he was quitting was the policy change, and also noted that he couldn’t buy guns from the company he worked for under the new restrictions.