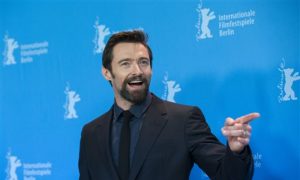 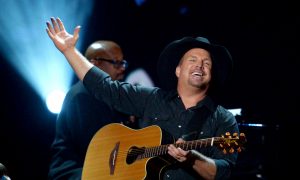 A Diamond in the Rough of the Havana Film Festival NY

Yerba Buena Songstress CuCu Diamantes’ new film kicked off the 14th annual Havana Film Festival New York. Like the blend of her diverse intoxicating music, Amor Cronico (“Chronic Love”) is a mix of a concert, theater, and a travel roadshow wrapped around an off center love story. A rockumentary meets romantic comedy.

Centered around CuCu’s return to her native Cuba—a 20 year hiatus in New York—she is the “Snow White character with one dwarf,” she said in a Q&A session after the film’s opening night. The dwarf in the picture is first-time actor, Liosky Clavero, who is a farmer and owns a coffee shop in Cuba. Trained for one month by Jorge Perugorria (the lead actor in Strawberry and Chocolate), who made his directorial debut with Amor, Clavero finds his place in the film next to the tall and lithe CuCu as the foil in both body and personality.

His comic relief pops in between the live music performances of CuCu, as he is the Cuban manager for the concert tour, and has to solve many modes of transportation from one old, time-capsule city to the next, that includes, an old bus, tractor caravan, walking, cars, trucks, and finally a new modern bus for the last legs to Havana.

What makes the film enjoyable beyond the lively music scores and glittering outfits that CuCu struts across stage and up and down her giant stiletto heel prop, are the quiet moments in between the shows, the laid back locales of a Cuban this author has never seen, and the dreams that the dwarf character has of offing her boyfriend as a vampire and settling down as husband and wife on a farm—with Clavero plowing the field.

Diamantes and Clavero’s foil works wonderfully in both the calm and comic moments of the film—and when she’s on stage, she has a commanding presence about her.

In the Q&A session that took place after the movie, which was shown on opening night at the Directors Guild of America in midtown Manhattan, Andres Levin, the producer and Venezuelan-American Grammy Award Winner in 2009 (as a record producer), the director Perugorria, and Diamantes took the stage to answer questions.

“When you were a child, did you want to be an actor or singer?” I asked.

In English CuCu Diamantes replied, “I didn’t know what I wanted to be when I was a girl. But I do remember that my grandmother was married to a famous Cuban priest and that on Sundays we did a lot of singing with the neighbors and churchgoers. That is where I first stepped onto the stage to perform.”

With her roots and heart firmly in place in Cuba, but her music and sights for much larger audiences in the Americas and Europe, CuCu Diamantes can transition between music performer, singer, and now actress.

The Havana Film Festival continues through Friday April, 19, 2013, when it closes with an awards ceremony and VIP dinner at Copacabana restaurant.