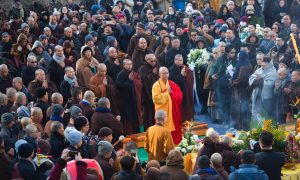 Under a Communist Regime, Priests and Monks in China Hold Religious Events Ahead of the CCP’s Centenary
0
Share Now
TelegramFacebookTweetEmailTellMeWeReddit
Copy Link 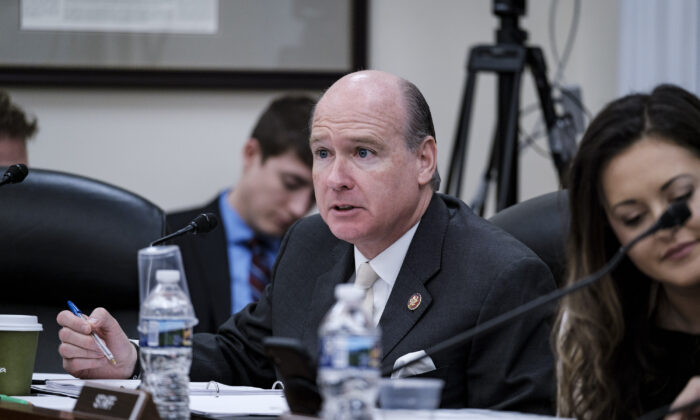 A centenary of Chinese Communist Party (CCP) existence is no cause for celebration, U.S. lawmakers said, but rather a time to remember the millions of victims murdered and brutalized by the regime.

“Today, Beijing celebrates 100 years of the Chinese Communist Party while the Chinese people and the rest of the world mourn its contributions to society—millions killed by its atrocities, slave labor, genocide, religious persecution, organ harvesting, and a global pandemic,” Sen. Tom Cotton (R-Ark.) wrote on Twitter.

Since its founding in 1921 and then coming to power in 1949, the Party has launched wave after wave of mass atrocities causing tens of millions of unnatural deaths and the destruction of traditional Chinese culture and values.

To this day, the communist regime persecutes millions of religious believers, ethnic minorities, and dissidents, aided by advanced technology to surveil and control its citizens. Those ensnared by the Party’s repression have suffered detention, torture, forced labor, surveillance, and even forced organ harvesting.

In Xinjiang Province, Beijing has deployed a sweeping clampdown against Uyghurs and other Muslim minorities, detaining more than 1 million in a network of internment camps. The campaign has been designated a genocide by the U.S. government and other Western countries’ parliaments.

Meanwhile, Falun Gong practitioners, Tibetan Buddhists, and house Christians are targeted across China in what U.S. officials have described as the regime’s “war against faith.”

In Hong Kong, the CCP is rapidly tightening its control over the once-vibrant democracy, with the help of a draconian national security law imposed on the city last year. Since then, the territory’s pro-democracy forces have been crippled amid mass arrests of figures critical of the regime and the recent forced closure of a prominent pro-democracy newspaper.

“The CCP’s motto is and has always been the muzzled and dead don’t revolt, and they’ve taken it to heart,” Sen. Ben Sasse (R-Neb.) said in a statement. “They have brought down the iron hammer on freedom seekers, religious and ethnic minorities, political dissidents, and everyday citizens through outright murder, ‘re-education’ torture camps, ‘disappearances’ and forced sterilization.”

Other lawmakers demanded justice for the regime’s victims.

“We must hold the Chinese Communist Party accountable,” Rep. Michelle Steel (R-Calif) said in a tweet.

Last week, a bipartisan group of lawmakers introduced a resolution that lists and condemns the Party’s severe abuses since its founding. Rep. Mike Gallagher (R-Wis.), the bill’s lead sponsor, said the resolution aims to “lay the CCP’s true nature bare for all the world to see.”

“The point here is to illustrate that the abuses we’re seeing from the Party today, including the genocide in Xinjiang, is not a new phenomenon,” Gallagher said at a press conference on June 29. “Human rights abuses are hardwired into the Chinese Communist Party’s very DNA.”