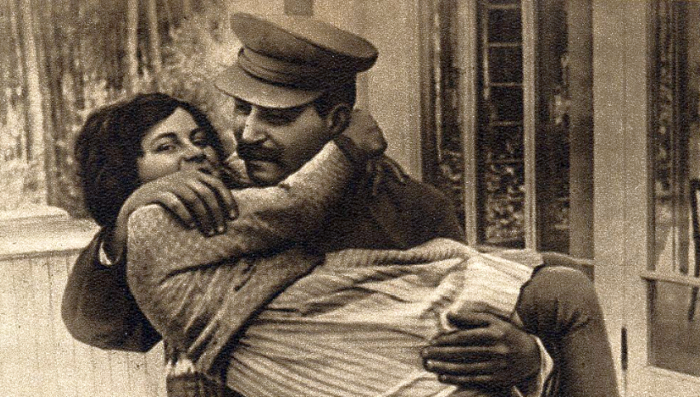 A Cursed Legacy: The Sad Lives of Stalin’s Children

Fifty years ago, March 6 marked a major repudiation against the Soviet Union and its former leader, Joseph Stalin.

Stalin’s daughter, Svetlana Alliluyeva, defected to the United States from the communist state on March 6, 1967. Despite being the daughter of an autocrat with near-unlimited power, Svetlana’s family life was marred with tragedy—often caused by her father.

Her mother had died when she was 6 years old. Officials told her it was caused by appendicitis, but it was later revealed she had killed herself. “She went away as an enemy,” Svetlana later recalled her father telling her. During the Red Terror of the 1930s, Stalin didn’t spare his family. Svetlana’s aunt and uncle were arrested by Stalin for being “enemies of the people” and were later executed.

“You can’t regret your fate,” she once said, “although I do regret my mother didn’t marry a carpenter.”

Her brothers didn’t fare much better. His despised son, Yakov Dzhugashvili, tried to kill himself after he was upset by a failed romance. Stalin only replied, “He can’t even shoot straight.”

In 1941, he joined the Red Army and served as a lieutenant. On the first day of the war, Stalin, who historians believed to have killed 20 million, told him: “Go and fight.” But when he was captured by the Nazis in July, Stalin ignored him, as he believed prisoners were traitors to the Soviet Union. “There are no prisoners of war,” he once said, “only traitors to their homeland.”

The Nazis used Yakov’s capture in their propaganda leaflet drops. Two years later, upon the capture of a German general, Friedrich Paulus, the Nazis asked for a prisoner swap. Stalin responded with the now infamous statement: “I will not trade a Marshal for a Lieutenant,” underscoring the heartless nature of his reign.

For years, German propagandists misled historians in saying that Yakov was killed while trying to escape a POW camp. Later, it was disclosed that he flung himself onto the camp’s electric fence in an act of suicide. Apparently, he was overcome by shame at Stalin’s massacre of some 15,000 Poles in Katyn.

His alcoholism and temper made him unpopular among the top brass in the Soviet Union, and he feared that if his father died, Stalin’s successor would “tear [him] apart.” He was right.

The Defense Ministry, under Nikita Khrushchev, ordered him to man a post near Moscow, which he refused. He spent the remainder of his years in and out of prison as a drunk, dying in March 1962 at the age of 40 after years of heavy drinking finally caught up with him.

“His life was tragic in a way,” Svetlana wrote.

Before his death, Stalin micromanaged Svetlana’s affairs. He forbade her from studying literature at Moscow State University and forbade her from marrying her Jewish boyfriend, whom he sent off to a gulag in Siberia. When she later married another Jewish man, Stalin, who was becoming increasingly suspicious of Jews, refused to meet him.

In 1967, Svetlana later fell in love with an Indian communist who went to Moscow for medical treatment. He died in Moscow, and Soviet authorities allowed her to leave for India to scatter his ashes in the Ganges River. Instead, she took the opportunity to defect to the U.S.

What Stalin’s Last Days Reveal About His Character

“Well, you probably won’t believe this,” she told an American diplomat, “but I’m Stalin’s daughter,” according to the book “Stalin’s Daughter” by biographer Rosemary Sullivan.

After living for a short time in Geneva, Switzerland, she eventually made it to the United States. In a press conference, she criticized her father as a “moral and spiritual monster” before burning her Soviet passport.

But after her father’s death, she recalled, the shadow of Stalin followed her.

“Wherever I go, whether to Australia or some island, I will always be the political prisoner of my father’s name,” she said.