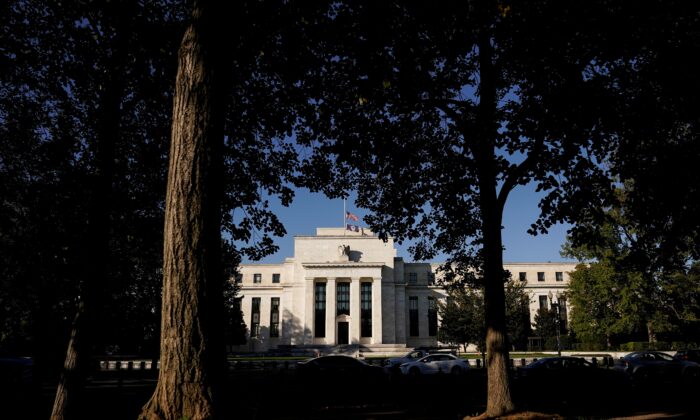 A Cure Worse Than the Disease: The Fed’s Ugly Dilemma

Inflation is running at its highest levels in 40 years.

“Somebody do something” comes the cry from the voting masses!

A panic-stricken Biden administration wants to do what politicians have always done—throw more money at it. Joe Biden believes his nearly $2 trillion Build Back Better social spending bill would do the trick.

You know, just give people money to help pay higher prices that were caused by giving out money in the first place. Here’s how Biden explains it:

“We’re helping working-class and middle-class people spend less money on the things they badly need,” Biden said. “So if you’re worried about rising costs, nothing will cut costs for American families more than the Build Back Better plan.”

We’re saving U.S. citizens money on the things they badly need by having the government (technically U.S. citizens) buy it all for them.

But what about the group that’s supposed to “manage” inflation and employment—the banking cartel known as the Fed? Not to worry. They’re on the case!

Bringing a Knife to a Gunfight

“Our monetary policy is focused on getting inflation back down to 2 percent while sustaining a recovery that includes everyone. This is our most important task,” she said.

Unfortunately, their plan for how to accomplish that task will likely result in yet another policy error on their part.

By now we’ve all heard plenty of talk of rate hikes this year. Half the Fed now believes three increases would be the right number. I believe they’ll do four. (JP Morgan CEO Jamie Dimon went all in predicting they may raise rates six or seven times.)

Increasing interest rates is the only tool the Fed has in its inflation-fighting toolkit. The problem is this time, it won’t work. Because this inflation isn’t the result of an overheating economy. Brainard admitted as much:

“We have a set of tools. They’re very effective, and we will use them to bring inflation back down,” Brainard said. “Sector to sector, there are microeconomic issues—market structure, supply chain disruptions—at work. That’s not where our tools are effective.”

And that’s what is driving the current inflation problem. (President Biden promised to fix the supply chain crisis before Christmas which, of course, he can’t—because the United States doesn’t control the supply chain.)

Instead, creating an environment of higher costs of capital will, among other things (like the wealth-killing effect on the markets as assets reprice), only put a strain on the tenuous growth the economy has been seeing.

This tactic will be roughly the equivalent of tying a tourniquet around your neck to stop a gushing head wound.

But it may be the only option they have—kill economic growth (demand) to stem price increases and hope the supply chain will correct itself (highly unlikely unless Europe and other regions of the world get over their COVID crackdowns and accept the fact that we’re going to have to live with this virus).

And if that doesn’t bring inflation to its knees:

There Is Another Option

In January 2021, Chicago Fed President Charles Evans suggested the possibility of raising the Fed’s inflation target rate to 2.5 percent. It’s not the first time this idea was discussed.

In August of 2020, the Wall Street Journal reported the Fed, “would seek periods of above-target inflation if inflation runs below 2 percent following economic downturns to prevent expectations of future prices from sliding lower. The Fed didn’t specify exactly how high or how long it would allow inflation to rise above 2 percent.”

Indeed, during the pre-pandemic expansion, the Fed’s core inflation measurement (the one that doesn’t count food and energy prices) had seen an average inflation rate between 1.6 percent and 1.9 percent since 2012 when the target was adopted.

It wouldn’t surprise me if, at some point in 2022, the Fed came out and said for the sake of promoting economic growth post-pandemic, they’re realigning their inflation target to 3 percent or even 3.5 percent.

This is, of course, conjecture on my part. They may just ratchet rates higher and watch the markets and economy implode. In which case a drastically new set of investment solutions will be needed.

One area that would not only be reasonably immune to the effects of higher interest rates, but should also profit from them is the financial sector; especially its leading banks including JP Morgan, Bank of America, and Morgan Stanley. Another portfolio that’s in the habit of investing in bullet-proof companies is Warren Buffett’s Berkshire Hathaway which has grown through good times and bad.