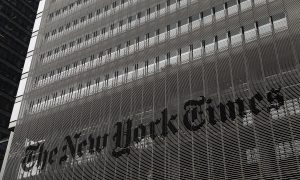 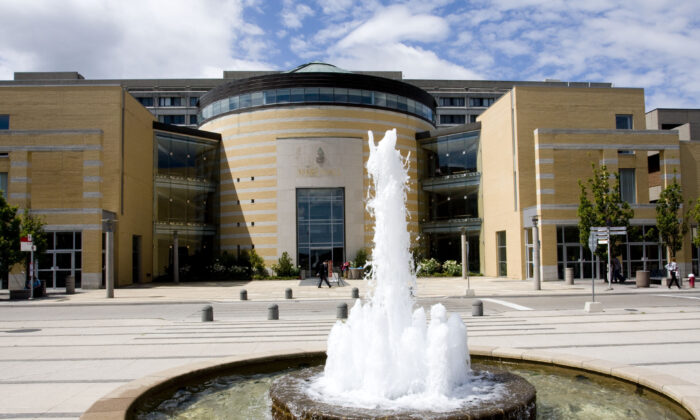 One of the most troubling developments in recent years is the resurgence of anti-Semitism on university campuses. Though hailed as bastions of “tolerance,” many universities have become a place where Jewish students can feel unsafe.

“Some students have been afraid to wear their kippah on campus,” says Lauren Isaacs, a student at York University. “Some parents have also called me because their kids are thinking about applying to York, but they’re worried about what’s been happening on campus.”

Last week, Toronto’s York University was the site of a deplorable scene that has become all too common.

Isaacs, who works as the Toronto director for the pro-Israel organization Herut Canada, helped organize an event that hosted members of the Reservists on Duty group. Established four years ago by veterans of the Israeli Defence Forces, the group’s intent is to tour campuses and, according to its website, “expose and counter the BDS movement and new forms of anti-Semitism erupting on U.S. college campuses.”

A motley crew composed of a curious mixture of social justice activists and Holocaust deniers quickly descended on the event in an attempt to shut it down. Violence ensued, with the protesters chanting anti-Semitic slogans about Jews “going back to the ovens” and calls for an “Intifada” to “free” Palestine. The latter is a reference to violent campaigns launched by the Palestinians against Israel in the 1980s and early 2000s.

The event ultimately went ahead, but only after the Toronto Police stepped in to safeguard attendees.

The protest was condemned by politicians, but such attention won’t likely catalyse any change in the immediate future, for anti-Semitism is deeply entrenched in many areas of campus life.

“University campuses are, and always have been, sites of political extremism, of both the far-left and far-right,” explains Marty York of B’nai Brith Canada in an email. “Unfortunately, anti-Semitism thrives on the fringes of the political spectrum, which is part of what makes it all too common in a university setting.”

One explanation for the growth of anti-Semitism in universities is the ideas being taught by professors. An example is the influence of intersectionality, a popular concept in the humanities and social sciences. It builds a victimhood hierarchy that obsesses over one’s privilege, particularly of the white variety, making everything a battle between the oppressors and oppressed.

Some scholars of “whiteness” argue that Jews have become “white” and no longer have the same standing as a victimized group; if anything, they’re agents of oppression, guided by the racist ideology of Zionism. Thus, much of the academic antipathy toward Israel, as scholar Balazs Berkovits points out, comes from the idea that it is another theatre in the war against “whiteness” in power structures: in this case, it’s the white, imperialist Jew versus the victimized, brown Arab. As David Theo Goldberg puts it: “Israelis occupy the structural position of whiteness in the Middle East.”

Just as paranoia over a global Jewish conspiracy is the source of anti-Semitism, the premise of intersectionality propounds a paranoid narrative about stealthy forces working to protect “white privilege.” The conspiracism and preoccupation with power makes the marriage between the two perfect. Add how intersectionalists think of reverse racism, and it does not bode well for Jews. If a Jew is white, one can’t be racist toward them; in fact, depending on the culprit and the target, anti-Semitism is seen as righteous, even heroic.

The professors’ obsession with these ideas also leads them to frequently bring the Israel topic into areas in which it has no relevance. “I’ve had professors rant about Israel in classes on sexuality,” Isaacs says, “and it never had to do with anything we were learning.”

A conclusion to be derived from this is that students who develop hostility toward Israel—and by virtue of this, Jews—are blindly accepting what they are told by those really in no position to make serious arguments on the issue. In turn, students are deprived of knowledge of the complex history of Israel, Jewish-Arab relations, and geopolitics, and the opportunity to form their view based on a fair assessment of both sides. Easily persuaded, they are convinced that their belief that the Jewish state is a racist, illegitimate nation is incontestable.

Academic organizations, such as the American Studies Association, have participated in boycotts against Israeli academics and institutions. And, as York says, “it took years and a monumental effort by B’nai Brith Canada to remove Anthony Hall from the classroom at the University of Lethbridge, even after he was revealed to be producing Holocaust denial videos with a German neo-Nazi, Alfred Schaefer.”

“University administrators need to sum up the courage to combat anti-Semitism in institutions for which they’re responsible such as faculty groups and student associations,” he says. “Anti-Semitism has become a systemic issue on many campuses, and it will require a real cultural shift to turn back the tide.”

Such a cultural shift is a tall order, but it has to be done. If universities are to be in the business of moulding the minds of future generations, it’s time to start forcefully challenging and rooting out the institutional rot that has helped coddle and inflame anti-Semitism.