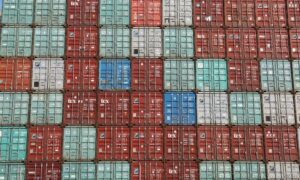 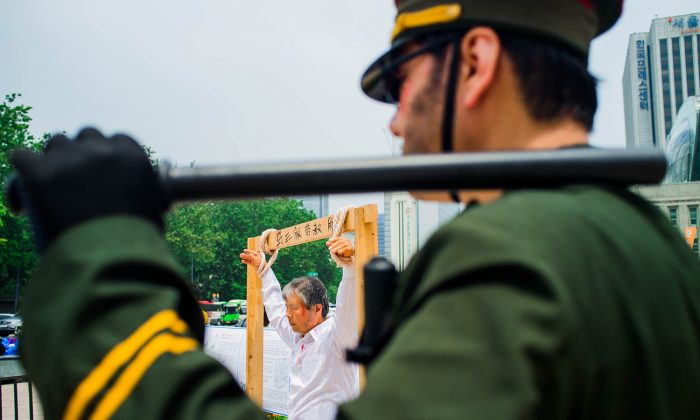 A Cry to Awaken Our Conscience

Statement by Dr. Wenyi Wang on why she protested at the White House
By Epoch Times Staff

I was released from the D.C. District Court on Friday, April 21. I think it is necessary for me to give the public an explanation for my protest during Hu Jintao’s remarks Thursday morning on the south lawn of the White House.

On March 9 The Epoch Times reported the large-scale organ removal from living Falun Gong practitioners in the Sujiatun District, Shenyang City, Liaoning Province in northeastern China. After this story broke, the Chinese Communist Party (CCP) quickly transferred the Falun Gong practitioners still held in the Sujiatun area, took other steps to cover up what had been done, and denied the incident. At this time, The Epoch Times assigned me to follow this story because I am a pathologist and have experience in organ transplan research.

Initially our story was based on the accounts of two individuals from the Shenyang area with information about what had happened inside the hospitals in Sujiatun: “Peter,” a Chinese national who had worked as a producer for a Japanese TV station in the Shenyang City area; and “Annie,” who was a staff member at the Liaoning Provincial Thrombosis Hospital of Integrated Chinese and Western Medicine and the former wife of a surgeon who had performed organ harvesting at Sujiatun for several years.

From the beginning of March, I have been accompanying these two sources to interviews with major international media, the members of the U.S. Congress, and governmental agencies. At the same time, we obtained information regarding large-scale organ harvesting from living Falun Gong practitioners between 2001 and 2003 in major labor camps that detained Falun Gong practitioners.

Everyone associated with this scheme who withdraws from it puts his or her life at risk.

Some patients who had gone to China for organ transplant operations told us that they were told prior to their going to China that the organ sources were Falun Gong practitioners. Some doctors who know the overall picture of the live organ harvesting scheme told us the cruelty and inhumanity is unthinkable, unspeakable and far beyond what has been reported inThe Epoch Times. They told us that when the scheme was completely exposed, people around the world would be stunned.

Although these people have been in close contact with The Epoch Times, they dare not step forward because they are afraid of being killed. They all closely follow the issue and in particular the stance of the U.S. government and the international media because they need a safe environment.

I realized that it is very important for the U.S. government to know about this. I have been constantly providing contacts in the government updated information.

Patients require living healthy organs. In order to attract business, transplant doctors in China have openly admitted in tape-recorded phone calls that the organs are from living Falun Gong practitioners. In addition, almost all hospitals make public statements that the waiting time for suitable organs range from two weeks to a month. Sometimes it takes only a week to complete the process of finding an organ, blood and tissue matching and transplantation.

The multi-language online advertisement of an organ transplant center in Shenyang even promised that in 3 weeks patients can go to China, complete organ transplantation and resume work happily. After the Sujiatun news broke, the Chinese Web page of this organ transplant was removed. As a doctor with a background in organ transplantation, I clearly know that there must be large-scale live-organ banks in many provinces in Mainland China. I feel great pain at the thought of this.

We have tens of thousands of missing Falun Gong practitioners. Their families search for them, but have no clue at all as to their whereabouts.

I want to emphasize to the public what is happening right now. A lot of investigation, including recorded interviews with transplant doctors in China, indicates that major hospitals in China are performing operations at this very time to remove organs from living Falun Gong practitioners. Our investigations also show that hospitals in China are hastening to perform these operations as quickly as possible.

Soon after the news of organ harvesting from living Falun Gong practitioners came out, the CCP issued a new directive regarding organ transplantation. Although the directive appears to outlaw the organ harvesting that has been taking place, it does not go into effect until July 1. Meanwhile, many hospitals are urging patients to have organ transplantation done soon. They have said that the organ sources will be not so abundant after May 1. Recordings documenting these claims have been published online.

It is obvious that the Chinese Communist Party is covering things up, and at the same time, rushing to complete organ transplants as quickly as possible. We know that every single day large numbers of Falun Gong practitioners are being sacrificed to provide the necessary organs.

I haven’t had time for my children. I left them in New York. I have been visiting various governmental agencies and media. I hope to immediately stop the crimes of organ harvesting from living Falun Gong practitioners and to rescue those facing the danger of live organ removal.

When I talked to the media, some media representatives told me that they believed organ removal from living human beings was true. However, because the media couldn’t handle the pressure or didn’t want to affect the bilateral relationship between their countries and China, they couldn’t report on this.

On April 19, the day before the meeting between President Bush and Hu Jintao, I went to a congressional hearing about human rights in China. However, the two witnesses who risked their lives to expose the organ removal from living Falun Gong practitioners were not allowed to explain what they knew. At the time, the two witnesses had only requested that they be allowed to testify in private before the Congressmen. After they saw that the hearing did not have any testimony about what they knew was true, they bravely decided to make their first public statements at a press conference held on April 21.

After this Congressional hearing, I realized I had to do whatever I could to call attention to the organ harvesting from living Falun Gong practitioners. On April 20, I went to the White House to report. However, when I saw President Bush shake hands with Hu Jintao, I couldn’t help but cry out.

I don’t want the U.S. President and the international media to be deceived by the CCP any more. I hope that Hu Jintao does not follow Jiang Zemin in the persecution and genocide of Falun Gong.OrganRight before one interview with a major media company, the producer told me: do not mention organs. Information about organ harvesting from Falun Gong practitioners has been covered up these past six weeks.

I have been trying to tell the facts of this persecution to our readers and the public. I have been attending and covering many international events. I believe the live organ removal is the most severe crime against humanity, the most severe and most large-scale genocide happening right now–right in front of our eyes.

Live organ harvesting is a crime that all of humankind ought to join together to end. The information about this issue has been repeatedly covered up. I had no choice but to adopt this means to expose it.

I acted in a way consistent with the American spirit. I also acted to protect the dignity of America and human kind.

Afterwards, I was detained for a day. When I was released, I saw many media waiting for me in front of the courthouse. They all asked me, “Why?”

Since released I have given interviews to the press. Right before one interview with a major international media company, in the elevator as we rode up together, the show’s producer clearly told me not to mention organs. Information about large-scale organ harvesting from living Falun Gong practitioners has been covered up these past six weeks.

The press reported what I did at the White House, but did not report very much about the reason why I acted. However, why I acted is the key to the whole issue.

America is America, because of its high respect for human rights. I think the massive organ removal from living Falun Gong practitioners touches and challenges the conscience of each one of us. It is a challenge for humankind. Such crimes and sins should not be allowed to continue.