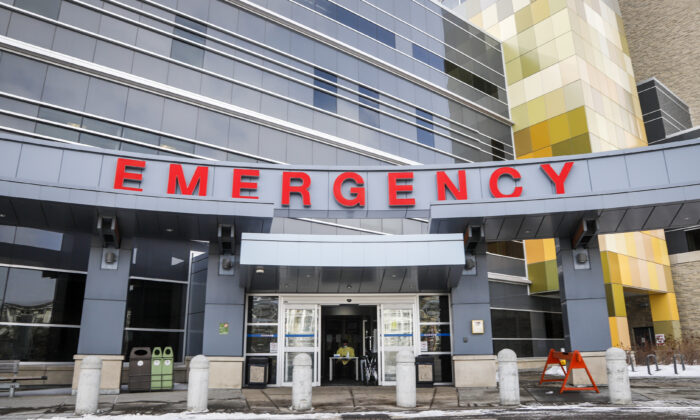 An acute shortage of health-care workers that’s harming both patients and workers is putting front and centre the question of how to solve the problem.

Ivy Bourgeault, a professor in the School of Sociological and Anthropological Studies at the University of Ottawa, says staffing shortages in health care are a “complex, wicked problem” compounded by poor planning.

“There is no data going to education and training programs in terms of how many seats they should have for dietitians and nurses and physicians and pharmacists, etc. There’s no standardized data for that to happen across the country, so we’ve done a very poor job,” Bourgeault said in an interview.

The professor and leader of the Canadian Health Workforce Network says the system’s preference for a “just-in-time” approach instead of a “just-in-case” approach has left no capacity to respond to a crisis.

“We were very, very, very bad at wait times in Canada in comparison to other countries, and the pandemic just exacerbated that. Many of the surgeries … were postponed,” Bourgeault said.

Borgeault says much of the health workforce is female, and motherhood causes some to leave the profession. She says the pandemic also brought on burnout for some who already had a difficult job.

“Health workers are more than four times as likely as other professional workers, including in policing, and including in military, to experience violence. No one tells you that when you decide to go in and become a nurse that you are going to be punched and kicked and hit and sworn at,” she said.

“We have a really worn-out health workforce operating short, because health care is seen as a cost and not an investment in a highly qualified sector.”

Rafael Gomez, director of the Centre for Industrial Relations and Human Resources at the University of Toronto, says Canadian health care is suffering from a demographic challenge where aging baby boomers are leaving the field just as their generation’s health-care needs are growing.

“There’s a long stretch of your life where on average, you don’t use the health-care system quite that much, but as you get into your 70s, you do. There’s chronic ailments and the extensive use of health-care services. When you’re approaching end of life, it’s a huge expense,” Gomez told The Epoch Times.

“We are under-investing and not planning for something that is like a slow-moving iceberg approaching the Titanic, this demand for health services based on the baby boomer generation.”

David Leis, a vice president at the Frontier Centre for Public Policy, told The Epoch Times he agrees the system is “poorly designed and managed” but believes funding is not the problem.

“Sadly, our health system is universally recognized as the second-most expensive in the world and its performance in almost all categories is at the bottom of 32 OECD countries,” he said.

“The problem is Canada is a socialized system designed to serve stakeholders, not patients. There are no price signals or understanding of costs, so the system [lacks] incentives to be flexible and responsive. As long as Canada is stuck in this backward ideological discussion, it will get worse, and there will never be enough money especially as Canadians age and we experience challenges like COVID-19.”

Leis says that France, Germany, and Sweden better utilize public and private health delivery with higher performance outcomes at a lower cost, despite having an older demographic than Canada.

“Canadians, for some reason, don’t realize their system is backward, and a dysfunctional labour supply is all a reflection of that within a socialist health system. Sorry to say, this situation is going to get much worse as long as decision-makers refuse to learn from health systems like France and Germany,” he said.

“Ironically, many of these decision-makers, including judges and MPs, don’t have to use our public system. They have special access to private clinics much like elite athletes, so they don’t have to wait and suffer like the approximately four million Canadians on waiting lists.”

Gomez says health care has been “rationed” due to a “short-sighted” approach partly due to professional bodies who create barriers to entry by the requirements they make for who is allowed to offer care.

“What’s exacerbated [problems in] the short term is obviously the pandemic, people getting sick and showing up and demanding services, also firing health-care workers who chose not to get vaccinated,” he said.

“We’re dealing with a whole set of issues that were related to lockdowns that depleted our health, that took a toll on many. And now, two years later, we’re seeing rising excess mortality.”

In March, B.C. terminated some 2,500 health workers for refusing to be vaccinated for COVID-19.

“You’ve had people that have left the profession because of restrictions, like mandates, that could be drawn in tomorrow,” Leis says. “That seems silly. We have an emergency. Why not take every action to ameliorate that emergency?”

In a recent ad in a B.C. newspaper, a woman named Janet Mort said she’s looking for a doctor to renew her 82-year-old husband’s prescriptions.

“Our wonderful family doctor retired at Christmas. No walk-in clinics seem to be available. Today even Telus Health MyCare had no Dr. virtual appointments available for months.”

Bourgeault says one in six Canadians lack a primary care provider and represent one group especially impacted by the staff shortage.

“The patients who suffer are the patients who have the most needs, and who are not covered, patients and public members in rural and remote areas. They suffer greatly from these shortages,” she said.

Gomez believes enabling the private sector would “have supply meet demand” and have health-care providers look at potential patients as a market to pursue instead of a burden to carry.

“The consequences of the pandemic require new actors to step in. … It’s just too slow to rely on non-profit and governments to start building up the infrastructure. Think of how much is tied up by having to go and wait in a hospital emergency room for an MRI machine when it could be done in a clinic that’s sitting by. You could still have your single-payer system run through these programs,” he said.

“The fear here has been that that draws resources away from the public system—but this happens anyways. People move, they go, talent flows to where it’s most wanted and remunerated. So we lose talent to other parts of the world that offer these sorts of systems.”