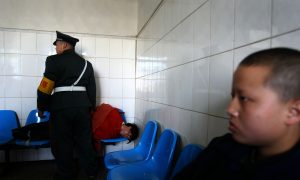 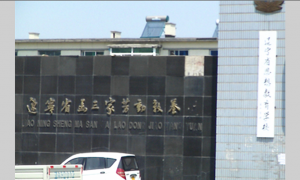 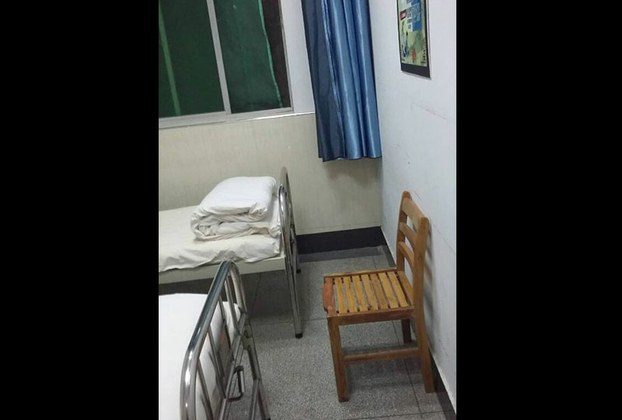 A picture provided by Lao showing the room he stayed at the mental hospital. (RFA)
China

A college student in central China recently broached two topics deemed sensitive by the Chinese communist regime—he supports a democratic republic and is critical of Mao Zedong—and was soon hauled away for psychiatric treatment.

“I wrote about my faith in the Republic of China; I advocated a unified China under a republic, and the return of democracy. I also wrote that Mao Zedong is the greatest butcher, and expressed other opinions along those lines,” said Lao Yeli to New Tang Dynasty Television (NTD), a New York based Chinese language broadcaster that is part of the Epoch Media Group. “Someone then took a screenshot of my remarks and reported me to the school administration,” he added.

Wholly unamused with their student’s political declarations and his refusal to retract them, the school officials at an unnamed university in Wuhan that the 22-year-old Lao was attending checked him into a mental hospital on March 25 on grounds that he had “personality defects and held extremist ideas.”

Lao told NTD on March 28, while still detained in the psychiatric hospital,that he had aired his opinions on his school’s Tencent QQ microblog. Some Internet users (Lao believes they were paid regime commentators) asked why he had used the flag of Taiwan—the so-called “Blue Sky, White Sun, Red Earth” design—as his microblog display picture.

Taiwan, an island in the South China Sea, is officially known as the Republic of China; the Republic of China is also the state of China from 1919 to 1949. The democratic government of Taiwan and the Chinese communist regime observes the so-called 1992 Consensus, or the understanding that there is one China, and that both governments have a claim to it.

Wishing for mainland China to be democratic, however, is mentally unsound behavior, at least by the reaction of Lao Yeli’s college.

In an interview with Radio Free Asia, Lao said that he had “only accepted two treatments” at the mental hospital, “a standardized physical therapy and a foot therapy,” indicating that he does not appear to have been subject to psychiatric torture, as often takes place in the case of political enemies who are locked in psychiatric detention facilities.

“The hospital originally insisted that I take medications and injections, but I rejected them,” Lao said. He added that he would be discharged from on March 29.

Chen Yongming, a scholar of the Chinese constitution, told NTD that the Chinese regime has been confining college students who espouse democratic ideals to mental institutions since the 1980s, along with “many democracy activists.”

“The Chinese regime adopts this practice to ruin a person’s reputation—others would think that the democracy advocate is mentally challenged, and this would cause society at large to alienate them,” Chen said.

In the early years of the campaign to persecute the Falun Gong spiritual practice, psychiatric torture was also widely used. After intense international attention and pressure, including meticulous documentation of the abuses being conducted, the practice was largely abandoned (though Falun Gong adherents are still detained and tortured in large numbers using conventional means).

Lao doesn’t bear any ill feelings toward the parties who informed on him, but regrets his temporary incarceration.

“To tell the truth, nothing would happen if the person had reported me to the police. There are many in China who say similar things; if arrests were made, half of the Chinese population would be sitting in jail,” Lao told NTD. “Since the school was involved, however they summoned my parents over, and confined me in a mental institution, where I’ve lost my freedom.”

He added: “I guess I’ll be released tomorrow.”