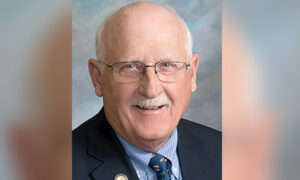 Zhang Wenbin, a university student in the eastern Chinese province of Shandong who posted a video to social media calling on President Xi Jinping to step down, has been incommunicado since the video was posted to Twitter on March 30, 2020.

In the post he wrote, will this world be okay? I hope I can use blood to awaken people’s conscience. My name is Zhang Wenbin, a Chinese university student.

Several days ago, Wenbin’s WeChat account was permanently terminated after he posted on his WeChat account, Xi Jingping steps down, Chinese Communist Party steps down. In the morning of March 30 , he posted it on Twitter saying he had been summoned by police and detained for five days because of his WeChat post, and his most recent Twitter post in the video asking the CCP to step down.
–
Zhang Wenbin: I was once a “little pink” supporter of the ruling Chinese Communist Party.
Since I scaled the Great Firewall, I gradually came to the realization that the Chinese Communist Party has extended its dragon claws into every corner of the world, including collective farming [1950s], the Cultural Revolution [1966-1976], the Great Famine [1958-1961], the One-Child Policy, the Tiananmen massacre [1989], as well as the persecution of the Falun Gong [spiritual movement], and the peoples of Tibet, Hong Kong and Xinjiang.
And yet everyone continues to turn a blind eye, singing the party’s praises. I just can’t bear it.

When I look at the courage with which Hong Kong and Taiwan stand up to the Communist Party, I want my own voice to be heard.