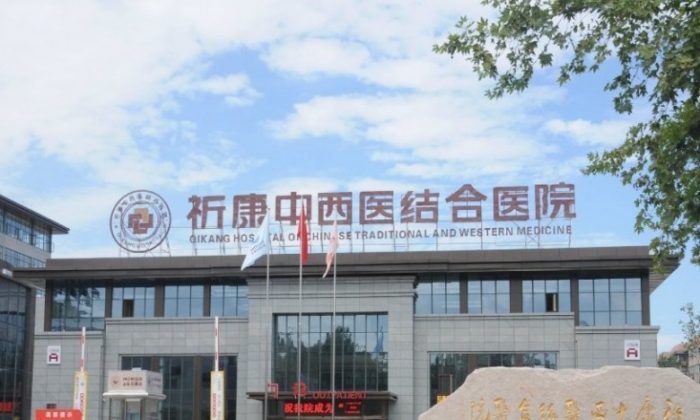 Faced with a long line for dialysis treatment, 29-year-old Li Qing turned to Baidu, China’s largest search engine, for an alternative medical treatment. Now a private hospital is trying to buy Li’s silence after her condition worsened under their care.

The case of Li Qing came under scrutiny from Chinese Internet users in light of the recent death of a college student who used an unproven medical treatment that a hospital advertised on Baidu. Baidu was found to have ranked paid advertisements higher on its search list without prominently distinguishing them from other content.

Li was first diagnosed with uremia—a result of kidney disease—at a provincial-level hospital in Xi’an, the capital of Shaanxi Province in central China, in April last year, according to a Hua Shang Daily report on May 18. Because the hospital had a long waiting list for dialysis treatment, Li and her family did a search on Baidu for other options, and decided to try the treatment ranked first on the search list.

Qikang Hospital of Chinese and Western Medicine advertised that it could treat uremia with minimal dialysis treatment and stem cell injections. No kidney transplants were necessary, the ad read.

But Li’s condition worsened, and she visited a public hospital in Xi’an for another checkup. The Xi’an hospital told her that the Qikang Hospital’s treatment was not medically proven—stem cell treatment hasn’t been shown to have any effect, and uremia patients will always have to undergo dialysis.

After Li and her elder brother confronted Dr. Zhao with the facts, he told them that Li should continue with the treatment. Besides, Dr. Zhao said, other patients have paid more to stay on the treatment; by then, Li had already spent about 300,000 yuan (about $46,000).

Li put her story online, and it attracted much attention from Chinese Internet users and the media, having taken place right after the recent death of student Wei Zexi, a 21-year-old from Shaanxi Province who perished of cancer after receiving unproven medical treatment from a Chinese military hospital. Wei’s death prompted a public inquest into Baidu’s ethical standards, and questions about military hospitals, which are considered to offer quality medical treatment.

Hua Shang Daily reported that Dr. Zhao has been actively seeking out Li Qing and her brother to offer 20,000 yuan (about $3,000) in reimbursement money for medication she hasn’t taken.

Qikang Hospital is also trying to get Li to sign an agreement that she would not speak out about her treatment after accepting compensation, and that she wouldn’t mention anything about their stem cell treatment.

Netizens on Sina Weibo, China’s popular microblogging website, wondered who was really to blame for the incident.

“All I can say is that the medical supervisory body, not Baidu, should bear the biggest responsibility,” wrote “leton” from Liaoning Province.

Others complained about the lack of transparency by the Chinese regime.

“0 Feng Huang 0” from Guangdong wrote: “When attention on Wei Zexi subsided, those psoriasis-like ads begin to resurface a few days later, and are now everywhere. The authorities only reported what they had uncovered, without issuing any punishment or token policy. There’s no follow up. It’s just a going through of motions aimed at appeasing us stupid citizens.”