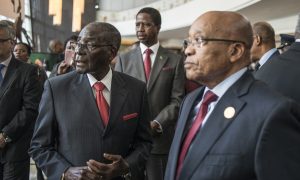 Decline and Decay: a Sobering Trip Through Southern Africa
0 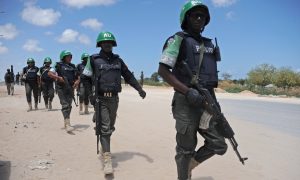 The Politics of Insecurity in Somalia
0 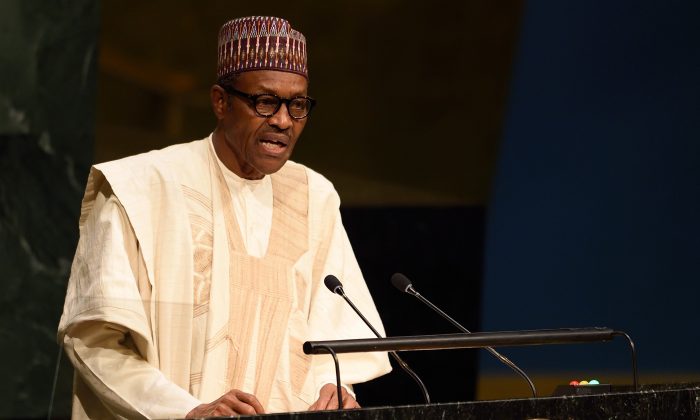 A Chaotic Month in Africa: Nigeria Stumbles On as South Africa Stalls

President Muhammadu Buhari of Nigeria has finally named his Cabinet. He was either slow, or he was very choosy, or he couldn’t find enough honest people. Certainly his 55th national anniversary speech was full of references to “lawless habits,” with particular reference to public officials.

Bold though that speech was, Buhari still has much to do—and he may not have the dependable and powerful army he needs to do it.

The anniversary was followed by bomb attacks on the capital, Abuja. Meanwhile senior military figures were involved both in starting and ending the coup in Burkina Faso. The army sided with the civilian administration and helped deliver the surrender of troops from the mutinous Presidential Guard.

Yet even in the torrid Burkina Faso affair there was a display of African statesmanship at its best, with a succession of presidents and the chair of the African Union for once immediately condemning the coup. Buhari played a key role here as well.

As an ever more introverted South Africa slowly wakes up to the reality that the long-promised good life has to be first produced and then paid for, Nigeria is streaking ahead in the diplomatic stakes.

But if Nigeria is measuring up its problems, and Burkina Faso is setting limits to those who would cause problems, the trouble elsewhere is hardly abating.

The Central African Republic seems once again to be descending into a new morass of religious violence, with clashes between Christian and Islamic groups rocking the country and democratic elections still not forthcoming. In Mozambique, opposition leader Afonso Dhlakama was nearly killed when his convoy was twice ambushed.

And violence isn’t the only old problem rearing its head.

Drought, and particularly the lack of planning for it, has struck many Southern African countries. The South African maize harvest has been severely hit. And with rivers running dry, power shortages are hitting hard in Zambia, which is usually well-supplied with hydro-electric power.

While Zambia’s rivers are dry, many Zambians suspect the real problem is that the country’s turbines have not been maintained. The country’s coffers are running low too; since Zambia relies heavily on mining to generate revenue the country has seen a huge decline in national wealth, it has been hit terribly hard by falling international commodity prices. The Zambian Kwacha has lost 17 percent of its value.

Decline and Decay: a Sobering Trip Through Southern Africa

People are itching for the 2016 elections, which promise to be tense. But whoever wins, they can only promise a slow recovery after many years of neglect. Zambia’s infrastructure is badly decayed, and the government has failed to properly negotiate with foreign corporations in both the mining sector and elsewhere.

Not only that, but Zambia’s economy can only be diversified away from mining and toward agriculture if there are reliable transportation links to get produce out of the farming areas and to bring fertilizers in. Without those links, and expensive resources such as refrigerated cargo planes to get Zambian produce out to as-yet-unaccessed world markets, no diversified economic progress will be possible.

A far worse electricity nightmare is unfolding in South Africa, which has suffered scores of scheduled blackouts this year. With the national grid so underserved, industry cannot grow, and the ANC government cannot deliver poor black people the modern, electricity-equipped housing units it’s promised them.

This is a serious test not only of the government’s priorities and its increasingly scarce budgetary resources, but for the management skills of its senior officials. The problem is that the South African Cabinet’s technocratic capacity is negligible. Worse still, the ANC’s predilection for appointing “comrades” to technologically demanding positions has been a disaster waiting to happen. And it’s happening now.

How the US Is Expanding Its Fight Against Extremism in Africa

As an ever more introverted South Africa slowly wakes up to the reality that the long-promised good life has to be first produced and then paid for, Nigeria is streaking ahead in the diplomatic stakes. Buhari’s assured address to the United Nations General Assembly made it clear that his campaign for a Nigerian seat on the Security Council has begun.

All in all, the last month in Africa has offered plenty to raise eyebrows. Some of it has been activity of great maturity and statesmanship. But there has also been serious chaos—and ominous signs of worse to come.

Stephen Chan is a professor of world politics at SOAS, University of London, U.K. This article was previously published on TheConversation.com