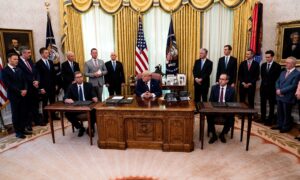 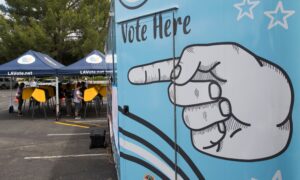 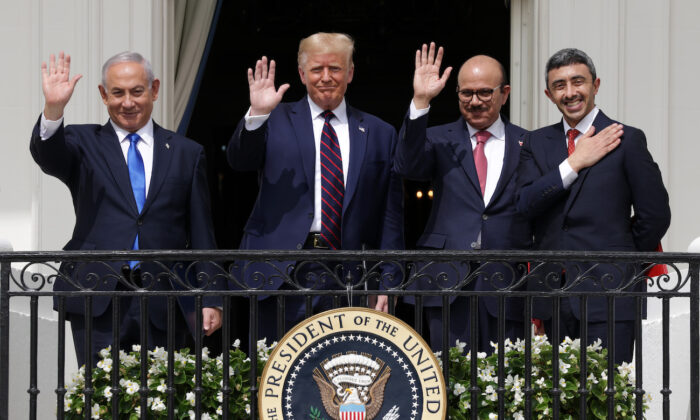 A Challenge and a Prayer

It’s easy to become frustrated, especially in politics, as Election Day grows near. It’s harder, but it could be more helpful, to focus on curiosity rather than frustration, as bestselling author Brendon Burchard challenged this week via social media—curiosity about why something would happen or not, rather than frustration that it did or didn’t. Curiosity leads to learning.

This week, I am attempting to switch my frustration over the mainstream media’s focus on stories that highlight the worst of President Donald Trump to curiosity about why they would gloss over his historic achievements, specifically, the Abraham Accords peace agreement signed Tuesday at the White House by Israel, the United Arab Emirates, and Bahrain. This is the first Middle East peace agreement in decades. It is a historic event that has taken years to achieve, and it has attracted little coverage. Contrast this with coverage of the doings of former President Barack Obama, who received the Nobel Peace Prize in 2009, which even he was surprised to receive.

The Abraham Accords reflect a vision that Trump talked about on his first trip abroad as president to Saudi Arabia, where he addressed leaders of 54 Arab and majority-Muslim nations. He encouraged the leaders to work toward peace in the Middle East and offered to help but left them with the decision of what type of future they wanted to pursue.

This week, representatives of three nations came to Washington to declare that they wanted to work together in the name of peace. How did this happen? Through a series of steps undertaken by our dealmaker in chief: Trump pulled out of the failed Iran deal; he clearly articulated that Iran is the No. 1 sponsor of terrorism; he moved the United States embassy in Israel from Tel Aviv to Jerusalem, showing that we were standing with Israel. Israel, Bahrain, and the UAE worked together to agree to a future that would promote peace and commerce in the Middle East rather than war.

“Israel, the United Arab Emirates and Bahrain will establish embassies, exchange ambassadors,” said Trump. They will “work together so strongly to cooperate as partners across the broad range of sectors, from tourism to trade, and health care to security. They’re going to work together. They are friends.”

Not only do the accords open up commerce but they allow “Muslims around the world to visit the historic sites in Israel and to peacefully pray at Al-Aqsa Mosque in Jerusalem, the third holiest site in Islam,” said Trump. This agreement was based “on shared interests, mutual respect and friendship.”

“This is not only a peace between leaders; it’s a peace between peoples,” said Netanyahu. “Israelis, Emiratis and Bahrainis are already embracing one another. We are eager to invest in a future of partnership, prosperity and peace. … Together, we can find solutions to many of the problems that afflict our region and beyond.”

The accords represent more than an act of increasing trade. “We are already witnessing a change in the heart of the Middle East, a change that will send hope around the world,” said Zayed. “Every option other than peace would signify destruction, poverty and human suffering. This new vision—which is beginning to take shape as we meet today for the future of the region, full of youthful energy—is not a slogan that we raise for political gain, as everyone looks forward to creating a more stable, prosperous and secure future.”

“Today is a truly historic occasion,” said Zayani, “a moment of hope and opportunity for all the peoples of the Middle East and, in particular, for the millions in our younger generations.” This “is an historic step on the road to genuine and lasting peace, security and prosperity across the region, and for all who live there regardless of religion, sect, ethnicity or ideology.”

How does this differ from the approach under the Obama-Biden administration? They sent planeloads of cash to Iran, held an anti-Israel stance, and were concerned about being liked. There was no Middle East peace agreement.

My curiosity has led me to the conclusion that members of the mainstream media so hate Trump that they cannot bring themselves to cover this historic news the way it deserves. Instead, they find fault first.

This week really is unusual. I am saying prayers of thanks for the peace agreements in the Middle East. And praying that the American people can follow their lead and decide that it’s important to view one another as friends and create a more stable, prosperous, and secure future for our children.