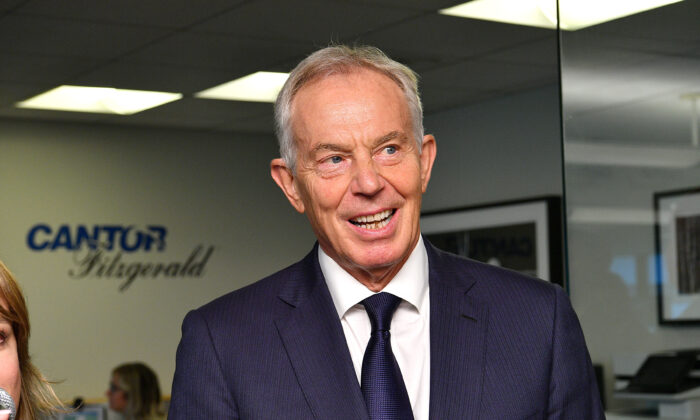 When the son of a prominent politician makes a fortune, our thoughts naturally turn to influence-peddling. But Euan Blair, the son of the former British Prime Minister of the same surname, has done very well out of a start-up called Multiverse that directly opposes the educational policy promoted by his father when he was in office. Mr. Blair junior’s stake in the start-up is now worth, on paper at least, somewhat more than $200 million.

In essence, the start-up is an online employment agency that offers to place young people with employers who will give them an apprenticeship training of some kind as an alternative to college or university.

Mr. Blair senior, by contrast, wanted 50 per cent of school-leavers to go to university. This target was inherently corrupt and corrupting.

If you set a centralized bureaucracy a target—and the British educational system was and is very centralized and bureaucratic—it will meet it by hook or by crook. It will change the meanings of words and alter the way by which outcomes are measured.

In the case of universities, it lowered entry requirements so that 50 per cent of the school-leavers met them. Instead of setting a standard that had to be met in order to be admitted to university, it took whatever standard 50 per cent of school leavers had reached and made it sufficient for admission.

It is hardly surprising in these circumstances that standards fell. For many students, their courses were of neither intellectual nor or of vocational value, but they indebted themselves to pursue them.

For them, the connotation of a university degree was still elitist: by attaining one, they thought that they joined an elite. But in fact the economic value of a degree fell as degrees grew ever more commonplace, and many students leaving university found that they had to take jobs that they could have done just as well had they never attended university.

The loans they had taken to do so were a millstone round their necks and something of a discouragement to endeavour, for they had to be paid back only once their salaries had reached a certain level. For some high-flyers, of course, their debts were of slight account, but this was not so for most students.

Among the other effects of Mr. Blair senior’s policies was grade inflation. Universities were funded according to how many students they attracted, and no one goes into serious debt for a serious chance of failing examinations. If universities failed their students, the word would soon get out. Students became customers who felt themselves entitled to something in return for what they had paid. In effect, then, the universities started to sell degrees, degrading them further.

The policy of extending tertiary education, especially in fields of little vocational value, was not without its hazards. It risked creating a class of malcontents who felt, not without reason, that they had been cheated, and felt they had the right by virtue of their education to a prominent role in society.

The extension of tertiary education in non-technical subjects was one of the causes of the Russian Revolution, for students equated their education to a right to determine which direction society should take as well as a right to economic prosperity. Something similar happened in Latin America, where university-educated young men started guerrilla movements. They never fought for freedom: they fought for power.

Mr. Blair’s son, Euan, correctly apprehended how bad his father’s policies were, how poor the results, and saw in them an opportunity. Eventually, the message would get through to school-leavers that the obtaining of a university degree was not an infallible solution to the problems of adult life, often quite the reverse, and that something else was necessary for them.

Credit is surely due to Euan Blair for seeing this opportunity, even if it were one that was in large part created by his father. Moreover, he not only saw an opportunity but seized it. As someone who has never seen a business opportunity in his life, and who, even if he had seen one, would not have had the organizational ability, stamina, or inclination to see it through to a valuable or viable business, I cannot but admire the young man.

Of course, he had certain advantages that most people do not have, but everyone must play the cards with which he is dealt, and no one is to be blamed for playing them as well as possible. Good fortune is not a crime.

Nevertheless, there remains something distasteful about the son of an important politician appearing to cash in on the ruinous policies of his father. It would be going far too far to say that these policies were designed to give Euan his opportunity: even Machiavelli himself was not as Machiavellian as that. But could it have been the father who, having seen the mess that he and his government had made, encouraging school-leavers to pay for their own unemployability at the high level they dreamed of, suggested the Multiverse scheme to his son?

There is something else distinctly discomfiting about Multiverse. It claims that a half of its successfully-placed applicants are “people of colour”—a dishonest euphemism if ever there were one, as if humanity were made up of whites and the rest. Could it be that Multiverse was the means by which employers were filling racial quotas in their staff, the setting of such quotas being another typically Blairite idea? One generation makes policy, the next profits from it.

If school is not for everyone, university is even less so. I have in my limited social circle the example of two adolescent boys whose conduct was a nightmare for their parents; so bad was it at times that they sometimes considered calling the police.

Aged sixteen, they left school—unusually for middle class children these days—and found apprenticeship training in two very different fields. Their conduct changed overnight. They accepted the discipline of their apprenticeships without a peep of rebellion, whereas previously they had fought tooth and nail against anything uttered in the imperative mood. But for long, their parents had tried, Blair-like, to squeeze them into the university mould.

The poor, said a German bishop of the sixteenth century, are a goldmine. So are bad ideas.