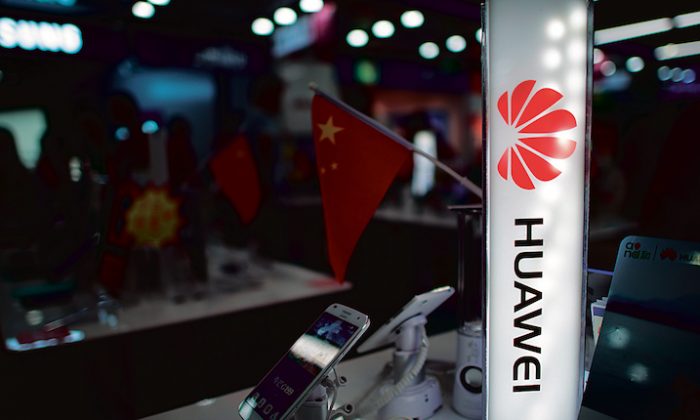 A logo of Huawei next to a Chinese flag in Shanghai on Oct. 1, 2014. (JOHANNES EISELE/AFP/Getty Images)
Huawei

A Brief History of Huawei

The History of Huawei’s Ties to the Chinese Communist Party

– During the 1980s, China had severe import and export restrictions—especially after the 1989 Tiananmen Square massacre precipitated sanctions. Countries also had strict regulations over what technology could be exported into China.

– Despite that, Ren Zhengfei, a former military officer, founded Huawei in 1987 with a meager 21,000 yuan (about $5,000 at the time) and was able to import sensitive equipment. Sanctions forbade Huawei from importing complete sets of equipment. The company turned to importing key components, then manufacturing complementary parts and assembling them in China.

– Huawei grew its domestic market rapidly in the 1990s.

– Huawei began expanding into international markets, after China joined the World Trade Organization in 2001 and many countries opened their markets.

– Sina, a Chinese news portal, reported in January 2005 that the state-owned China Development Bank (CDB) loaned Huawei $10 billion in December 2004. Huawei was the only private firm that could receive loans from CDB at the time.

– In September 2009, state-run media Xinhua reported that CDB signed a new round of the strategic cooperation agreement with Huawei, loaning it $30 billion.