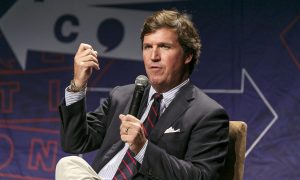 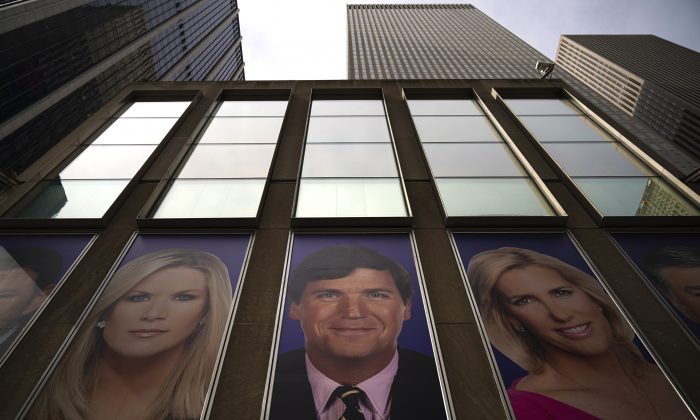 A Blurred Line Between Acceptable and Unacceptable Speech

Let’s face it. The right to speak freely, openly, and honestly is a thing of the past. Today, freedom of expression comes with conditions, especially if you’re on the right politically.

Specifically, I’m talking about the right to free expression on television or radio. The amount of latitude that one enjoys appears to hinge on two things: Is the message “politically correct” (whatever that means); and, will the message lead to lower “ratings” and/or lost sponsorships or advertisements?

Fox News hosts Tucker Carlson and Judge Jeanine Pirro are the latest conservative hosts who have fallen victim to this arbitrary “litmus test,” which has blurred the line between acceptable and unacceptable speech and further shows that a more consistent standard is needed.

Carlson has been under intense scrutiny recently for comments that he made many years ago. While Carlson’s comments were inappropriate and made in bad taste, the real question is whether the same or similarly inappropriate comments, if made by someone on the other side of the political spectrum, would have elicited the same type of reaction.

Make no mistake about it, Carlson’s comments were vulgar and ill-considered. As a public figure, he should have been more careful with what he said and where he said it. While Carlson’s comments were insensitive and wrong, they were made many years ago, which is important. People change, as do their opinions. The fact that people would have to defend themselves from comments they made many years ago is somewhat concerning and can serve to prevent the free exchange of ideas. To date, Fox has stood by Carlson.

Unlike Carlson, who made the comments many years ago, Pirro’s comments were different in nature and more recent. Pirro made the following comments about Ilhan Omar during her “Opening Statement” segment: “Omar wears the hijab, which according to the Quran 33:59, tells women to cover so they won’t get molested. Is her adherence to this Islamic doctrine indicative of her adherence to Sharia law, which in itself is antithetical to the United States Constitution?”

Carlson’s comments were wrong. In other words, his supporters should not necessarily defend what he said. On the other hand, Pirro’s comments, while controversial, did not warrant the suspension. What, specifically, made Pirro’s comments “worse” than Carlson’s so as to warrant such a tough “sanction”? Was there more external pressure on Fox to take strong action against Pirro? Did more advertisers/sponsors threaten to leave? If so, is this the “test” by which we will determine what type of speech is acceptable and whether sanctions or punishment is necessary?

For example, according to Fox News, CNN political analyst Paul Begala recently referred to Ivanka Trump and Jared Kushner, both of whom are Jewish, as “cockroaches,” which reminded critics of hateful rhetoric that has been used against Jews. Somehow, the repugnant nature of Begala’s recent comment did not elicit calls for his termination or punishment from those who are looking to punish Carlson or Pirro.

Last year, while discussing the nation’s immigration policy, MSNBC host Joe Scarborough compared the separation of children from their families to the actions of the Nazis.

MSNBC’s Donny Deutsch made similar remarks, stating: “If you vote for Trump, you are ripping children from parents’ arms. … What the Democrats have to do is make the next election a referendum on not who Trump is, but who you are. … If you vote for Trump then you, the voter, you, not Donald Trump, are standing at the border, like Nazis, going ‘you here, you here.'”

Incidentally, Deutsch recently used a vulgar slang term in a comment about the judge who imposed Paul Manafort’s first sentence.

Finally, according to NBC News, MSNBC’s Mika Brzezinski used “crass and offensive” remarks to describe Secretary of State Mike Pompeo last year. Specifically, Brzezinski was quoted as saying, “Are the pathetic deflections that we just heard, when [Pompeo] appeared on ‘Fox & Friends,’ is that a patriot speaking, or a wannabe dictator’s butt boy? Dead serious, I’m asking. Are these the words of a patriot?”

Some could argue that comments of this nature were more offensive, insulting, hurtful, or vile than those made by Carlson or Pirro. Despite this, Scarborough, Brzezinski, and Deutsch are still with MSNBC, and no action has yet been taken against Begala.

Ironically, as the Daily Mail noted, the president of Media Matters, the liberal advocacy group that released the recordings of Carlson’s comments, “has a history of inflammatory statements” and “is leading a boycott campaign against Carlson to try to get him fired.”

The inconsistent treatment of the various hosts raises a serious question: What type of speech is permissible in the modern day? By “permissible,” I am not referring to what is “legally” permissible. Rather, where is the line drawn between what is acceptable and unacceptable speech?

Why, for example, would some people call for Carlson’s termination while leaving some of the MSNBC hosts alone? Why would Fox suspend Pirro for the question that she posed when MSNBC stood behind Brzezinski despite her offensive remarks about Pompeo? Finally, why would Fox stand behind Carlson, yet suspend Pirro?

The absence of a clearly defined standard is troubling and makes it very difficult to understand what is or isn’t appropriate to say on-air or otherwise.

To date, Fox has stood behind Carlson. However, the network’s decision to suspend Pirro was arbitrary and, some would say, cowardly. Fox could have easily indicated that Pirro’s comments did not reflect the opinions of Fox or its affiliates and left it at that. Moreover, the network could have defended Pirro (like Carlson) without endorsing what she said. Rather than doing so, the network suspended her and left her to fight for herself.

Time will tell if, and to what extent, this decision will impact the network’s ratings. More importantly, it bolsters the argument that a consistent standard is sorely needed.

Elad Hakim
contributor
Mr. Hakim is a political commentator and writer who is fluent in both English and Hebrew. His articles have been published in The Federalist, The Western Journal, American Thinker, World Net Daily, Sun-Sentinel, The Epoch Times and other online publications.
TOP NEWS