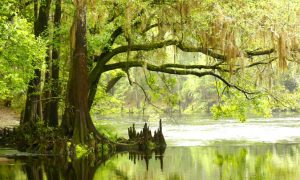 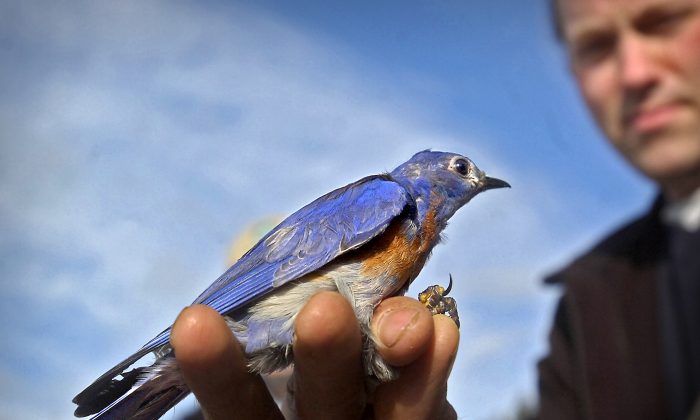 A Bluebird Is Stalking Me

Bluebird populations crashed in the 20th century, and now they are staging a comeback
By Mary Silver
biggersmaller
Print

A skittering sound would announce my bluebird stalker—that’s how I knew he was back. There, at the window, a tap, a flutter, and a flash of blue. If I approached, sometimes he would grab the sill with his curved claws and look at me sideways. For quite a while, he stayed on the sill and watched me do qigong, tilting his head.

Approaching him with a camera was another thing. Even with no flash, he was not having that. He soared off. Soon, another tap announced his return.

It’s nesting time. Mr. Bluebird is busy. He and Mrs. Bluebird excited me yesterday by investigating the nesting box I had hung on a tree for them, punctually by Valentine’s Day, just like garden guru Walter Reeves told me to do.

According to Cornell University, at nesting time a male bluebird will select a good nesting site. It should have open grass, high places to perch, such as utility wires, knee-high shrubs, like those in old fields, and mature trees. Mr. Bluebird stayed near the spot and pitched it loudly to Mrs. Bluebird, singing and doing suave, Old Spice-style moves. If she accepts, they set up house, and she builds the nest.

Bluebird populations crashed in the 20th century. From 1920 to 1970, they dropped 90 percent, according to Songbird Essentials. Two things nearly wiped them out: The loss of nesting habitats, such as tree holes, rotted out fence posts, and old orchards; and the introduction of the starling and house sparrow from Europe in the 19th century. Those two are aggressive—they killed baby bluebirds and took over nests.

New York’s official state bird was on a list of “species of special concern,” but have now staged a comeback, with a lot of human help.

People put up nesting boxes around the country, and that was enough to let them thrive.

Some, like me, put up single bluebird nest boxes near their homes. Others created whole bluebird trails of monitored nest boxes, according to Cornell.

New York’s east–west state Route 20 is one, and a transcontinental bluebird trail is proposed, according to Cornell.

People innately love and wish to protect the earth, in my opinion. We aren’t born wanting to do mountaintop removal or drive bluebirds into homelessness. But caring about Gaia can get grim. You get one too many emails from the Sierra Club and you can tilt into pessimism.

I’m very glad that there is at least one conservation success story, and that it did not need a federal case. It needed people to create habitat. Satisfying. I hope my stalker bluebird likes the nest I put up. I know it is imperfect (trees too dense) but I also know he has many other choices around here. I’ll miss him when he settles into parenting.