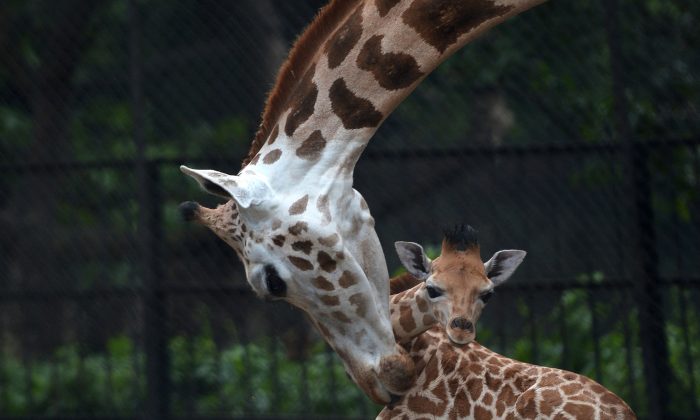 A mother giraffe licks her 20-day old baby calf at the Alipore Zoological Gardens in Kolkata on June 10, 2013. With the birth of this newborn, the number of African giraffes has increased to nine and the garden authorities are taking special care of the newborn and its mother. (Dibyangshu Sarkar/AFP/Getty Images)
India

With the birth of the newborn, the zoological park now has nine African giraffes. The garden authorities are taking special care of the newborn and its mother.

IUCN had listed the world’s tallest mammal as endangered as the total population size of this subspecies is estimated at less than 200 individuals, although currently increasing under targeted conservation programs.