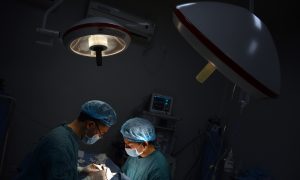 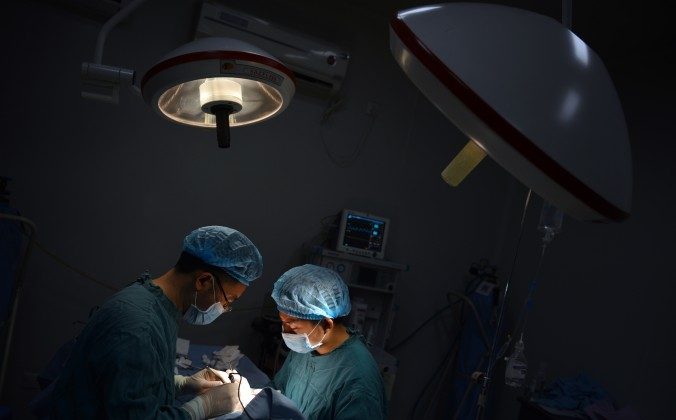 A Bipartisan, Human Rights Issue that Congress Needs to Address

When this month’s elections gave the Republican Party control of Congress, both President Obama and incoming congressional leaders pledged themselves to try and find ways to work together despite their political differences. But an opportunity to demonstrate that kind of leadership doesn’t need to wait until the next Congress is sworn in; in fact, that will be too late.

House Resolution 281 condemns a little-known but brutal practice in the People’s Republic of China known as “forced organ harvesting”: transplant organs are taken, without consent, from inmates in Chinese prisons, typically from people imprisoned for their political or religious beliefs.

This practice, which began 30 years ago and has continued despite dissembling and evasions from Chinese officials, has been extensively documented by journalists and human rights advocates. Among other things, this gruesome practice is a cash cow for China’s state-run hospitals: Chinese patients and wealthy “medical tourists” from abroad will pay between $60,000 and $100,000 for more common transplants, while organs like hearts and livers fetch prices as high as $350,000.

But forced organ harvesting has another practical benefit to China’s ruling party, constituting “a secret solution to its dissident problem,” in the words of journalist Ethan Gutmann. Forced organ harvesting is disproportionately targeted at ethnic and religious minorities: Christians who belong to underground churches; Muslims from the Uighur ethnic group; Tibetan Buddhists; and, primarily, Falun Gong practitioners, who are the largest victim group and whose spiritual beliefs have been outlawed by the state.

International observers estimate that nine out of every 10 organ transplants performed in state-run hospitals are taken from prisoners of conscience. The process is almost unimaginably cruel. Chinese medical workers who have worked in transplant hospitals have reported that political prisoners are kept alive as long as possible while every usable organ is extracted from their bodies, before being hastily cremated.

House Resolution 281 would be a major step toward bringing this shameful practice to an end. Among other things, the resolution calls upon the State Department to begin an investigation into the practice of forced organ harvesting in China and to issue a travel warning for Americans visiting China for medical procedures.

Similar resolutions are already being passed in Pennsylvania (HR1052), Illinois (HR0730), and overseas, where the European Parliament at the end of 2013 condemned the inhuman practice.

Human rights cut across partisan lines in America, and House Resolution 281 is a robustly bipartisan initiative. Introduced by U.S. Reps. Ileana Ros-Lehtinen, R-Fla., and Robert Andrews, D-N.J., the bill currently has 129 Republican cosponsors and 108 Democratic cosponsors. It is the second-highest number of cosponsors for any resolution in the current Congress.

Passed by the House Foreign Affairs Committee this July, the resolution is ready for a vote before the full chamber, but is currently waiting in limbo for approval from House leadership.

Time is running out. If the resolution isn’t acted on by the time this Congress leaves Washington at the end of its term in December, it gets scrapped, and the clock starts all over again.

Both ways, vote or a non-vote, will certainly send a signal to the world, but the inaction wouldn’t be laudable. The latter would only benefit the Chinese government, which is increasingly desperate to conceal its barbaric medical practice from the rest of the world.

What may seem like a symbolic resolution to the cynical is actually a powerful tool of moral witness feared outright by the Chinese regime.

As so-called medical tourism becomes more common, people around the world are becoming more aware of the fact that the organs for transplant in Chinese hospitals were taken unwillingly from people whose alleged “crime” was to have political or religious beliefs different from that of the ruling Communist Party.

This is a chance for the United States to lead by giving expression to our noblest traditions of liberty and individual rights. Let the current Congress seize that opportunity, and by doing so set a powerful example for their successors. When it comes to human rights, there are no Republicans or Democrats, but only Americans.

Ming Chen, MD, is a board-certified pediatrician and member of an international nonprofit organization Doctors Against Forced Organ Harvesting. She works in Delano, CA.

This article was first published by the Bakersfield Californian.