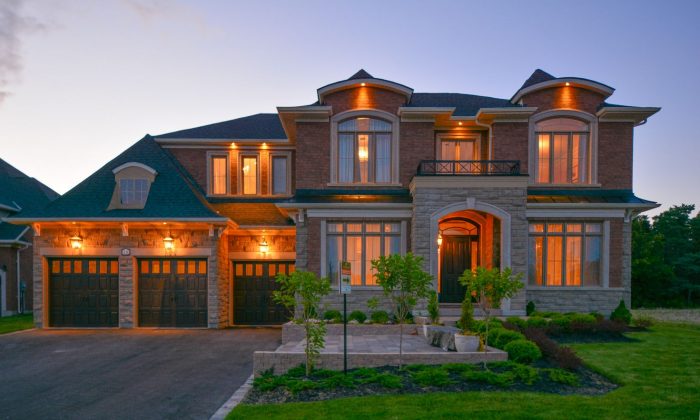 A Big Year Ahead for Empire Communities

Empire Communities has a full slate of developments across the GTA and beyond as it heads into 2015.

None is more mammoth, mind you, than Eau du Soleil, a two-tower project on the Etobicoke waterfront that is due to start construction this year.

The mega-development —to be built on the site of the last motel demolished along the infamous Lake Shore Blvd. Motel Strip—will be the tallest in the Humber Bay Shores neighbourhood, providing an architecturally intriguing western bookend for this burgeoning lakeside condo community.

“It’s definitely the biggest development we’ve ever done,” Empire executive vice-president Paul Golini tells the Epoch Times during a recent interview at his company’s Vaughan headquarters. “And it’s certainly one of the largest in the GTA at the moment.”

Eau du Soleil has proven to be one of the more successful projects in recent years, too, with nearly 950 of its 1,280 units sold to date. “And we still have about 300 to go,” Golini says, likening the experience of marketing his company’s flagship development to “selling a small village—it’s a never-ending project. It’s like five projects in one.”

And it’s but one of the developments Empire has under way at the moment.
While some projects, like Eau du Soleil, are high-profile, others have been just as successful despite never being formally rolled out.

Case in point: Eaton Square, a townhouse development Empire is building in partnership with Pace Developments at Woodbine Ave. and Elgin Mills Rd., where 100 homes sold in one weekend in December—and all without a sales office or print advertising campaign, Golini points out.

The project has proven especially popular with Asian buyers. “They’re savvy,” he says. “They understand real estate and the value of real estate. And they know that properties are only going up in value in Markham—townhouse product in particular.”

Empire actively courts Asian buyers, having developed strong relationships with key brokers in the community, and offering what Golini calls a “fair and streamlined process” for selling to the end users and investors they represent.

That helps facilitate sales, but as Golini points out, “you still need to deliver the right product, design, and features and finishes at the right price.” And, of course, the right location.

Speaking of which, The Hub, Empire’s 18-storey mid-rise development at Oakwood Ave. at Eglinton Ave W., will take full advantage of its proximity to the new Crosstown LRT line, with Oakwood station being built just down the road. The LRT will run underground at this location, Golini notes. “So it will feel and behave like a subway along that part of Eglinton.”

The Hub hasn’t seen the same brisk sales as Eau du Soleil and Eaton Square, mostly because it’s catering to end users who live in the area, Golini says, whether it’s first-time buyers wanting out of “rental purgatory,” or empty nesters looking to sell their homes and enjoy maintenance-free condo living.

“It’s been a slower sales process, but we’re OK with that,” says Golini “It’s not easy being first, and that’s what we are—the first out of the gates in terms of a high-density condo project along Eglinton in that area.”

In building a mid-rise project on the new LRT line, Empire is fulfilling the objectives of provincial and municipal growth plans, which are pushing for development to be concentrated in existing transit-oriented urban nodes.

Another Empire project, Glow, is equally as sustainable. The infill project in Mississauga—another one Empire is doing in partnership with Pace—will include 60-plus townhomes, a product type that’s being turned to as an alternative to single-family homes.

“You can’t find any more land for single-family homes, so townhomes are where it’s at for first-time buyers and those looking to get out of a condo,” Golini says.

What does 2015 hold in store for the real estate market?

Golini, former chair of the GTA Building, Industry and Land Development association (BILD), points to predictions that interest rates will be going up by the end of next year. “So we might see a flurry of sales brought forward as a result.”

The low-rise market will continue to be impacted by land scarcity across the region, he says, with increasingly fewer low-rise developments to go around. “So I think if it’s a good site, and it’s priced well, we’ll continue to see strong low-rise sales.”

When it comes to the high-rise market, however, Golini acknowledges that “there are a lot of unknowns.” The market will continue to be driven by investors, he says, and, despite what some might have feared, condo inventories at completed projects have actually been coming down, with more people moving to the region every month and the economy remaining on solid ground.

“We delivered a lot of product in the last year and we’ll be delivering more in 2015,” Golini says.

“But these units are being absorbed. So the fear of a glut [this] year is something I don’t think we need to worry about.”