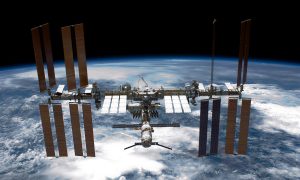 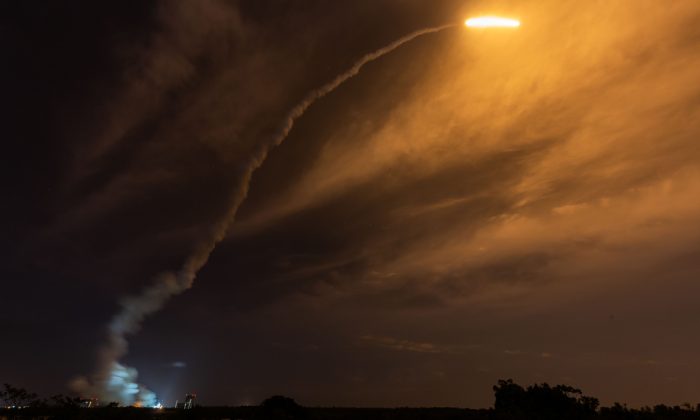 A Big Look at a Little Planetary Neighbor

The little planet that’s had so little attention will finally get a little more acknowledgement—in seven years. A spacecraft, about the size of a moving-truck, is cruising through the darkness of space toward Mercury, the closest planet to the sun.

Unlike past missions, this one is a combination of several spacecraft packed together in a bundle. The entire bundle is called BepiColombo. The European Space Agency and the Japan Aerospace Exploration Agency each contributed one exploratory spacecraft.

After the seven year journey to Mercury, which began on Oct. 20, the two spacecraft will separate from each other, going into their own individual orbits. They will study the planet for at least a year, possibly up to two.

Mercury is the least studied planet in our solar system, and this will be only the second mission to study the planet at length. The main purpose of this mission is to answer questions about the origins of the planet, its inner and outer structure, its atmosphere, and the magnetic field around it.

Scientific instruments aboard the spacecraft will study Mercury’s rocky surface, its magnetic field, and possibly liquid core. The instruments will measure particles, radiation, plasma, and even dust around the planet.

Einstein’s theory of general relativity will also be tested. As the spacecraft cruise toward Mercury, it will watch for how fast radio waves bounce off the planet. The waves bounce back more slowly than predicted by Newton’s traditional calculations. Einstein’s theory says Mercury’s mass stretches time-space, making the waves travel further, adding to their journey time.

Despite the useful astronomical information, being so close to the sun presents several difficulties for placing the spacecraft too. Forceful gravity from the sun and severe temperatures are two issues.

Temperatures range from below negative 290 degrees Fahrenheit, all the way to over 800 degrees. The spacecraft must be able to endure both extremes.

Missions, Past and Present

The mission is named after Italian astronomer Giuseppe “Bepi” Colombo. He helped plan the trajectory of NASA’s Mariner 10 mission, the first mission to Mercury.

Colombo was also the first to set up interplanetary exploration using the “gravity-assist” maneuver. That’s when a spacecraft swings around another planet to change its speed. This is sometimes called a gravitational slingshot.

So far, only two missions have made flybys of Mercury, both launched by NASA. The first was Mariner 10 which made two flybys in 1974 and 1975.

Later came MESSENGER, which orbited Mercury over 4,000 times between 2011 and 2015. Its discoveries include ice and organic matter at the planet’s north pole. There is also evidence of once active volcanoes.

Mercury’s name comes from ancient astronomers. They noticed that it moved through the sky much faster than anything else. Ancient Babylonians, Greeks, and Romans all took names from their own religions, naming the planet after the messenger to the gods. Those names were Nabu, Hermes, and Mercury, respectively.

For those watching from Earth, Mercury only takes 88 days to orbit the sun. However, for someone standing on Mercury, one day there is actually two Mercurian years long. That is, one day for someone on Mercury is about 176 days on Earth. That’s because even though it goes around the sun quickly, it turns slowly on its axis.

Along with its uncommon rotation, Mercury has several other special characteristics.

Mercury is not only the smallest planet, it’s also the densest. It may also have a molten core. Mercury has almost no atmosphere due to low gravity and solar winds. Solar winds are particles coming from the sun, which also cause auroras on Earth.

Due to the low atmosphere, Mercury is also the most cratered planet in the solar system, similar to our Moon. The atmosphere on other planets can protect them from some asteroids, while, Mercury has almost no protection.

This makes Mercury a target of interest to astronomers, looking for explanations on the origin and development of planets.