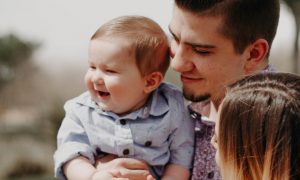 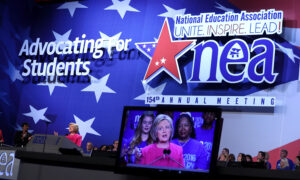 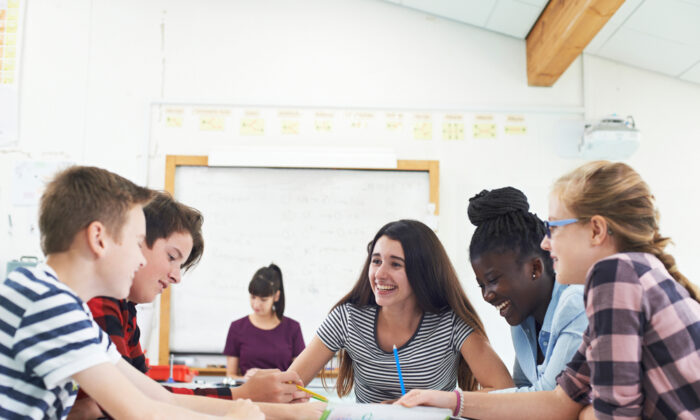 Kids aren’t assigned to public schools by zip code⁠—instead, parents have the ability to put their kids in school anywhere, to buy the educational experience best suited to each child. (SpeedKingz/Shutterstock)
Education

93 Vermont Towns Have No Public Schools, but Great Education. How Do They Do It?

In just a couple of weeks, 50 boys with learning disabilities will take to a stage in Vermont, one after the other, to recite the Gettysburg Address from memory. It’s a daring experiment undertaken each February at the Greenwood School and its population of boys who’ve struggled in public schools. Diagnosed with ADD, dyslexia, and executive function impairments, Greenwood’s boys stand before an auditorium full of people (and once even a Ken Burns documentary crew) to recite powerful words many adults would struggle to retain.

Many of these young men are residents of Vermont’s “tuition towns.” Too small and sparsely populated to support a traditional public school, these towns distribute government education funds to parents, who choose the educational experience that is best suited to their family’s needs. If the school doesn’t perform up to parents’ expectations, they can take their children, and the tuition dollars they control, elsewhere.

The Greenwood School is one of more than 100 independent schools in the tiny state of Vermont (population: 626,000). The whole state has just 90,000 students in K–12 schools (the city school districts of Denver and Albuquerque have more students, and some county districts are twice as large). How can Vermont sustain such a rich network of educational options?

Tuition Towns and the Families They Serve

Ninety-three Vermont towns (36 percent of its 255 municipalities) have no government-run school at all. If there were enough kids, the pot of public money earmarked for education would be used to buy a building and hire teachers. In these towns, the funds local governments expect to spend per pupil are instead given directly to the parents of school-age children.

This method gives lower- and middle-income parents the same superpower wealthy families have always had: school choice. Kids aren’t assigned to public schools by zip code⁠—instead, parents have the ability to put their kids in school anywhere, to buy the educational experience best suited to each child. If that decision doesn’t work out, they can change it the following year and try a school that might better fit their child’s needs.

So how much money are we talking about? As far as income distribution, Vermont looks a lot like the national average. The yearly per-student expenditure of $18,290 is high by national standards (only New Jersey, New York, Connecticut, and D.C. spent more). But independent, tuition-driven schools spend $5,000 less, on average, than public schools in the area, which is near the national average.

In many other parts of the country, even the most “progressive” ones, government-run schools consume ever-more resources while doing little to address disparities of outcome. The promise of equal opportunity through public education continues to fall short, and lower-income families are the most likely to feel trapped by the lack of choices.

A variety of schools has arisen to compete for these tuition dollars. A spectrum from centuries-old academies to innovative, adaptive, and experimental programs competes for students from tuition towns, just as for the children of independently wealthy families.

Eligibility for tuition vouchers actually increased home values in towns that closed their public schools. Outsiders were eager to move to these areas, and the closure of public schools actually made at least some people already living nearby significantly wealthier as their home values rose, according to real estate assessments.

Because parents, not bureaucrats or federal formulas, determine how funds are allocated, schools are under high economic pressure to impress parents⁠—that is, to serve students best in their parents’ eyes.

The Compass School, nestled on the New Hampshire border, enrolls 80–100 high school students from three states and a mix of demographics. Forty percent of students qualify for subsidized lunch (the school system’s proxy for poverty), and 30 percent have special learning needs.

Nearly any public school in the country with Compass’ student population (considered mid-poverty) would be aspiring to a 75 percent graduation rate and a 60 percent college-readiness rate. Compass has a virtually 100 percent graduation rate, and 90 percent of graduates are accepted to college. And still, Compass achieves these results with $5,500 less funding-per-pupil than the average Vermont government-run public high school.

Emergent programming for children with physical, intellectual, or behavioral challenges provides a 22-school menu of accountable, adaptive alternatives to public school remediation. Increasingly, “mainstreaming” students with these challenges has become a priority at larger high schools, which compete to serve special-needs students as fiercely as any other.

Having watched these models develop nearby, two more Vermont towns voted in 2013 to close their government-run schools and become “tuition towns” instead. The local public elementary and high schools there closed and reopened as independent competitors in an increasingly rich marketplace of education options. We eagerly wait to see what the innovative combination of private control and public investment can bring to students in those areas.

“An expansion of Vermont’s publicly funded tuition model can be an effective way to lower costs, improve student outcomes, achieve greater diversity in the classroom, and increase parental satisfaction with and participation in their children’s education.”

Wealthy parents will always have school choice. They have the power to choose the best opportunity and the best fit for their individual child. Tuition towns—where all parents direct their child’s share of public education spending—give that power to every family.

Vermont’s empowered parents feed a rich landscape of educational choices, not just one or two. In such fertile soil, smaller, tailored programs pop up and grow to meet children where they are instead of where a one-size-fits-most default curriculum says they should be. If the family’s needs change, their choices can, too.

We pour plenty of public money into educational potential. Only parents’ power of choice can unleash it.

Dr. Laura Williams teaches communication strategy to undergraduates and executives. She is a passionate advocate for critical thinking, individual liberties, and the Oxford comma. This article was originally published on FEE.org