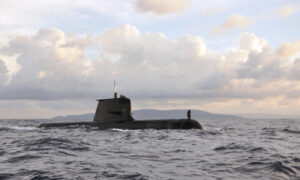 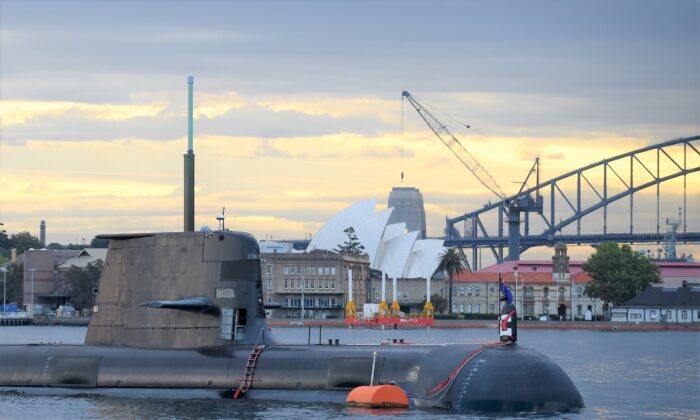 Defence experts say the cancellation of the troubled $90 billion Future Submarine Program is unlikely, despite extensive delays and calls to abandon the program amid a race to address perceived gaps in Australia’s defence capability.

The $90 billion Future Submarine Program was earmarked to deliver 12 state-of-the-art, Attack-class submarines to the Royal Australian Navy. At the time, it was spruiked as one of the largest defence acquisitions in history and was geared towards replacing the ageing Collins-class submarine fleet.

In 2016, French defence contractor Naval Group won the tender to build the vessels and was tasked with reconfiguring their top-of-the-line, nuclear-powered Barracuda-class submarine to operate on diesel-electric motors.

The Australian government also preferred the submarines as it needed larger vessels that could patrol the country’s vast coastline and reach the South China Sea.

The project, however, has suffered numerous delays and problems with implementation, costing the government AU$1.5 billion so far.

The issue has become more prominent in recent months in response to increasing aggression from the Chinese Communist Party (CCP) and concerns it could leave Australia with a major shortfall in its defence.

Alexey Muraviev, head of the Department of Social Sciences and Security Studies at Curtin University, said there were always going to be difficulties estimating the cost of the project of this magnitude.

“When you are trying to develop a new generation technology and platform, even though it is not built from scratch, it’s hard to predict the real cost,” he told The Epoch Times.

“It’s not something that the French have been operating for many years, it is new to them, and they are reconfiguring the design as they roll it out for their own navy,” he added.

“It’s also important to understand that naval platforms, such as submarines, they’re designed to operate for a 30 to 40-year lifespan. So, you must predict and envisage what it needs to do today, tomorrow, or 10 years from now, as well as the threat spectrum in that time.”

Prime Minister Morrison said on Wednesday that he had frank discussions with the French President to expedite the development of the submarines.

“We are coming up to important gates in that contract, and there have been issues that we have had to address over particularly the last eight months and President Macron and I have a very, very open and very transparent, and very friendly relationship where we can speak candidly to each other about these issues,” he told reporters in Paris.

“It’s their contract, that is Naval Group, and like with any contract, I would expect them to be able to deliver on that,” he added.

It follows increasing scrutiny from members of Parliament over delays.

During Senate Estimates hearings in June, Defence Secretary Greg Moriarty conceded that he had been considering options outside of the Attack-class in recent months.

“It became clear to me we were having challenges with the Attack class program over the last 15 to 12 months,” he said.

“So, of course, you do reasonably prudent thinking about what one of those options might be or what you might be able to do if you are unable to proceed.”

While Senator Rex Patrick has called for the program to be cancelled and replaced with the acquisition of ten “off-the-shelf” submarines—meaning to purchase existing submarines from an ally—for $10 billion.

Defence Minister Peter Dutton has settled for a stop-gap solution, and that is ordering full rebuilds of the existing six Collins-class submarines at the cost of $10 billion before the arrival of the Attack-class subs.

Michael Shoebridge of the Australian Strategic Policy Institute says the failure to create a “positive working strategic partnership” between the Naval Group and the government has hindered the project.

“Fixing this relationship and creating obvious momentum in the Attack-class program is now a priority for the Australian prime minister and French president and for Australian and French defence ministers,” he told The Epoch Times.

Shoebridge recommended merging the upgrade of the Collins submarine and construction of the Attack-class into one program and developing accompanying supply chains to support both vessels.

“That means thinking of the Collins upgrade and the Attack-class as a single industrial and technological program, with the 18 submarines likely being the largest submarine program in the democratic world outside the U.S. Navy,” he said.

“That makes a larger Australian supply chain credible for the Attack-class and Collins than would be possible by running the programs and contractual arrangements separately.”

Muraviev echoed the sentiment, saying the cancellation was difficult and not worth the effort.

“I don’t think Australia has much of a choice. Because if we try to find a different tenderer and different contracts for this, I imagine, first of all, we would end up paying significant legal and other fees to the French,” he said.

“Secondly, it would further delay, throw us back several years, if not a decade. So, I think we’re stuck with the existing contracts and need to make sure that we see it through and even if it is not for the ideal fleet size—12 submarines—at least something really, really close to it.”